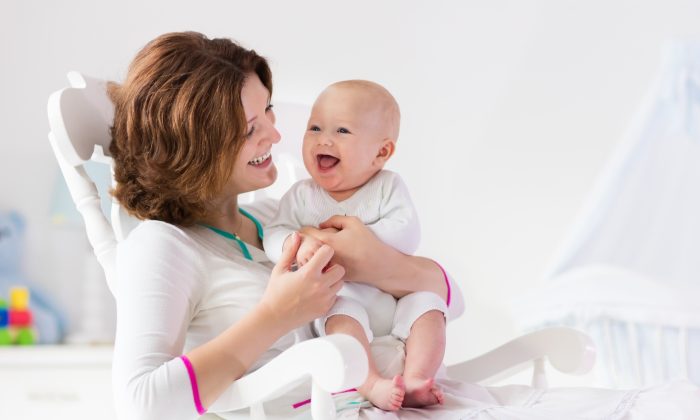 Raspberry Leaf Helps Keep Moms Strong Before and After Pregnancy

Who can resist a ripe raspberry? Fresh off the bush or plucked from a small, yet pricey container, raspberries are a healthy and luxurious indulgence.

Raspberry is a member of the rose family. Its sweet-and-sour berries get all the glory, but each part of the plant has its own edible and medicinal virtues.

The raspberry leaf has been a favorite herb for centuries in folk medicine traditions around the world. Today it is most notably used by women to keep their reproductive organs strong.

Red raspberry leaf tea is a bitter yet pleasant-tasting beverage that is an inexpensive source of vitamins and minerals. It’s one of those herbs that you can take everyday. It is high in vitamin A, B1, B3, and C, as well as iron, calcium, magnesium, and potassium. This makes raspberry leaf a good tea for anyone, but it has a strong reputation with women in particular.

Raspberry leaf is used to balance irregular menstruation, reduce excessive bleeding, and ease period pain. It is also one of few herbs that are strongly recommended during pregnancy, and it has been endorsed by midwives for centuries.

Raspberry leaf is used to help every stage of pregnancy. It prevents miscarriage, curbs morning sickness, nourishes mother and child throughout gestation, and prevents tearing during birth.

The origin of raspberry leaf as a medicine for the female reproductive organs comes from Native American herbal traditions. In the early 1940s, studies helped confirm these traditions by showing easier labors and stronger contractions with women who took raspberry leaf extract.

Raspberry leaf is also good for other organs that are prone to weakness. Some use it to tone up a tired prostate or sluggish colon.

Raspberry leaf has a mild astringent nature that helps with diarrhea by regulating water in the bowel. It also helps with constipation by toning and strengthening the intestines over time.

At the top of the digestive system, raspberry leaf helps soothe a sore throat and mouth ulcers. Outside the body, use the tea to rinse sores and wounds.

The tea is also drunk to reduce a fever, relax leg cramps, and cool eye inflammation.

This herb is gentle, and most indications call for making a strong tea. Add an ounce of dried leaves to a pint of hot water and let it sit for a half hour. If you prefer the convenience of tea bags, let it steep covered for at least 15 minutes. Drink one to three cups per day.

If you don’t want a tea, raspberry leaf is also available in pills and tincture. But be sure you don’t confuse it with raspberry ketones, a heavily promoted, usually synthetic supplement that has demonstrated fat-burning capabilities in rats but has no history in traditional folk medicine.