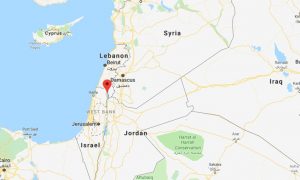 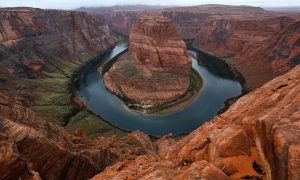 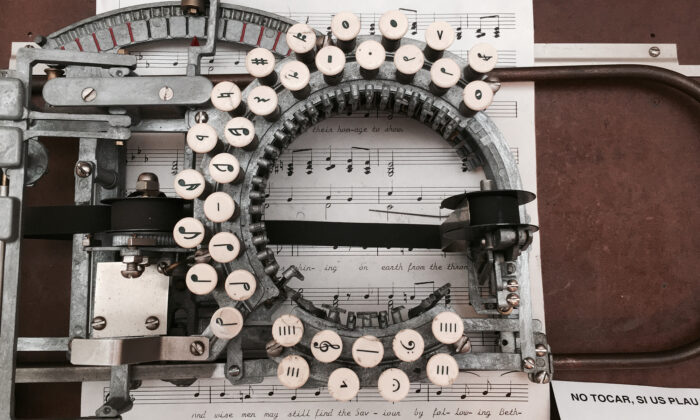 Rare Vintage Typewriter From the 1950s That Types Sheet Music

The fascinating history of music printing has gone through many different phases, from woodblock printing, music engraving, to lithography. However, before technology developed and replaced all the old methods, several types of music typewriters were invented—and one of them was the unique-looking typewriter created by Robert H. Keaton.

The 14-key “Keaton Music Typewriter” was first patented in 1936. Two decades later in 1953, Keaton submitted another patent with an improved typewriter that consists of 33 keys.

It was believed that the typewriter was marketed in the 1950s and sold for about US$255 (over US$2,000 today), according to the Music Printing History.

Keaton, from San Francisco, California, wrote in the 1936 patent that the machine was “intended for use by composers, arrangers, teachers, and students.” As the music sheets in the past were usually handwritten, it made the process “slow, tedious, and hard on the eyes”; the poorly written music left it illegible.

Keaton’s purpose of inventing this machine was to allow music writing to be done “rapidly” and “accurately” through typing.

Compared to the usual typewriters that print letters or numbers, Keaton’s music typewriter sports a distinct look—it has a circular keyboard.

Though there are two keyboards, the smaller keyboard, which prints the bar and ledger lines, is fixed, while the larger keyboard, which has the notes and other musical symbols, is moveable by the use of a handle.

On the left side of the machine, there is a curved metal arc and a handle, called the Scale Shift Handle and Scale Shift Indicator, to allow the user to control the placement of the notes and characters on the page. When the handle is moved up or down a notch, the typewriter will adjust “exactly 1/24 of an inch” and will result in “printing one musical step up or down.”

As the music sheet is placed below the typewriter, this could make it difficult for users to see the location where the next symbol will be printed. To solve this problem, Keaton added a long needle next to the printing ribbon.

In the era when printing music needed a long process given one had to use music engraving or lithography methods, the Keaton Music Typewriter was definitely a faster way to get the job done.

Samuel C. Yahres, who was head of Yahres Publications, a music publishing house, told ETCetera Magazine that the typewriter “was intended for use by publishers, educators, and others who produced musical copy in quantity,” stated the Music Printing History website. Yahres said that the composers at that time “would have found it too slow” and preferred writing the music by hand as it is quicker than typing.

Today, this rare music-writing tool has made it into collectors’ wish lists. According to Music Printing History, it is believed that several Keaton Music Typewriters are still in existence but in “museums and private collections.”