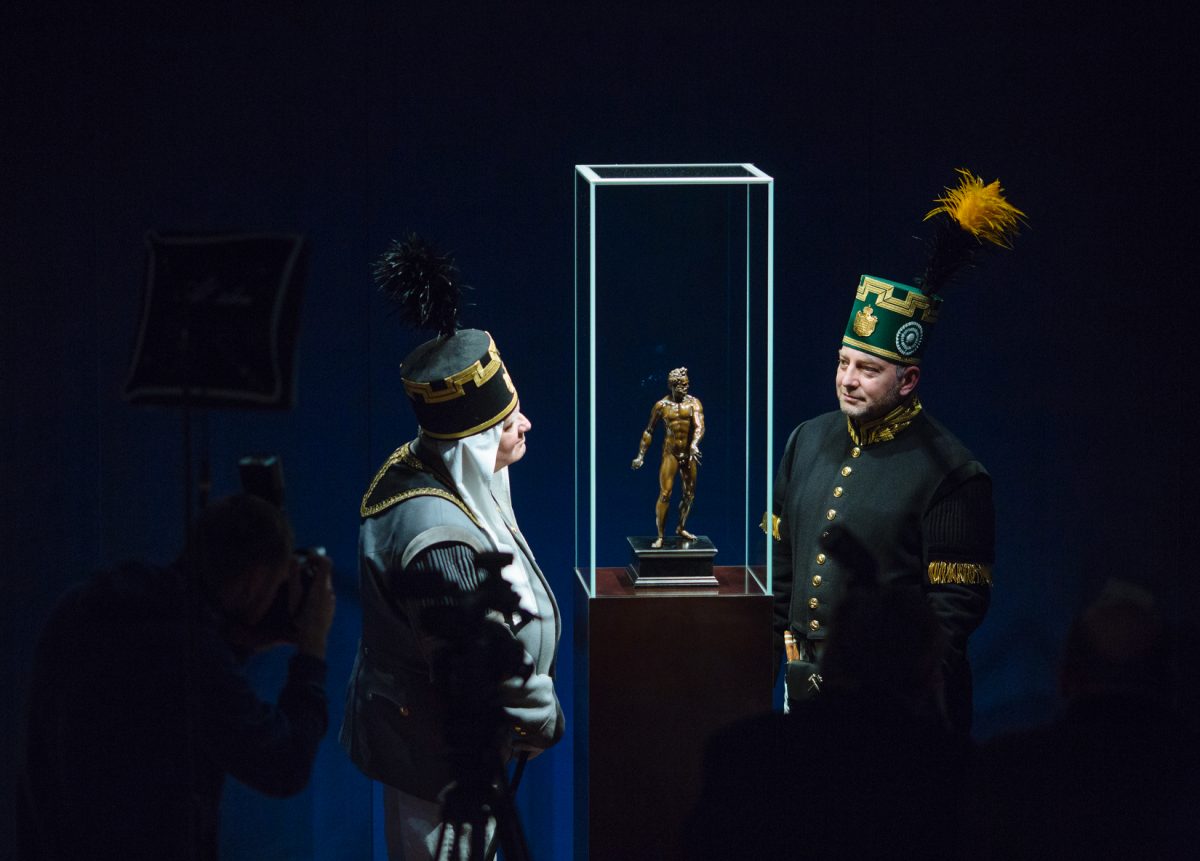 The first public presentation of the "Dresden Mars," at the Stadtmuseum Freiberg on Jan. 23. 2019. (Oliver Killig/Staatliche Kunstsammlungen Dresden)
Arts & Tradition

The small bronze “Mars” first came to Dresden, Germany, in 1587 as a gift from the Late Renaissance sculptor Giambologna (1529–1608) to Elector Christian I of Saxony. (Electors were German princes with the power to elect the Holy Roman Emperor.) The “Dresden Mars” is thought to be the only surviving bronze that Giambologna produced for a royal sovereign. For 300 years, the statuette was part of the Saxon electors’ art collection.

Then, in 1924, the bronze went into private ownership as part of the “Fürstenabfindung,” when the personal property of the dethroned princes was confiscated by the German state.

Now, Giambologna’s “Mars” returns to the region of Saxony, where it has embarked on a regional tour before it is put on permanent display at the Gemäldegalerie Alte Meister (Old Masters Picture Gallery) in Dresden’s Semper Gallery when it reopens in December 2019.

Giambologna was considered the greatest sculptor of the Mannerist era (1520–1600), which was a transition stage at the end of the Renaissance, and his reputation was felt for two centuries after his death, second only to Michelangelo’s. His small bronze statuettes continued to be reproduced until the 20th century.

Although definitions of mannerism differ, mannerist art usually shows complex compositions made up of elegant, and sometimes exaggerated, artificial poses, purely to show an artist’s ability.

Giambologna’s “Mars” is the epitome of traditional masculinity. As the archetypal hero, the warrior-god Mars is poised, ready to attack, or to protect in order to secure peace.

This statuette strikes a powerful pose: Mars is captured mid-stride, without his helmet, shield, and spear that are so often shown in antique depictions of him. Giambologna’s “Mars” is nude, perhaps to show fearlessness in the face of danger, a common device used by Renaissance artists. The only indication that this figure is the mythological god of war is the sword hilt that Mars holds in his right hand.

The palpable, primal instinct of the warrior runs throughout the sculpture, alongside an overarching elegance and the sheer beauty of man.

Obviously, a warrior needs strength, but strength here is not merely the physical strength that is seen in Mars’s beautifully defined musculature. Mars’s thoughtful, yet commanding gaze shows a mental strength, a needed skill in battle, and also in time of peace, when wisdom and courage have to come together to discern the right action.

To find out more about the “Dresden Mars,” visit SKD.museum

An earlier version of Giambologna’s “Mars” can also be seen at The Metropolitan Museum of Art in New York.