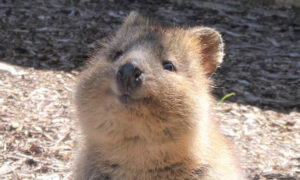 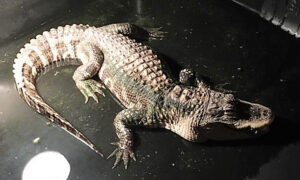 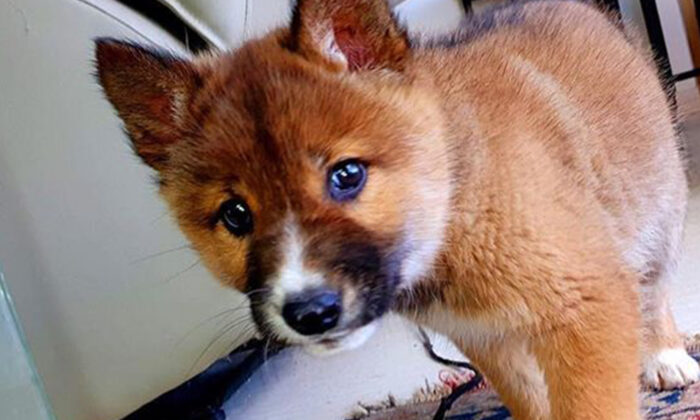 When an Australian woman found a whimpering and injured small animal in her backyard, she assumed it was either a fox or a dog. After he was taken to the vet and got his DNA tested, the cub proved to be a pure-bred dingo.

Such animals are in danger of extinction in the country, and this little one could prove to be an invaluable asset toward a conservation and breeding project.

It was an August day when Jayne Guiney found the little pup as he was hiding in her backyard in Wandiligong, Victoria. “I woke up and went outside and heard a whimpering behind the house, I looked up to the back of the house and saw a small animal right on the edge of my three-meter cliff,” Guiney recalled, The Dodo reported.

The woman said that as soon as she picked him up, the frightened creature cuddled inside her arms. She presumed he was either a fox or a dog. Due to wounds on the pup’s back, Guiney believes an eagle or bird of prey might have dropped him where she found him, according to ABC Australia.

After spending a day caring for the little animal, Guiney took him to Alpine Animal Hospital. “He was a puppy when he was brought to us, so about eight to ten weeks,” veterinarian Dr. Bec Day explained. “The resident hadn’t heard any [other dingos] calling. So he was just a lonely little soul sitting in a backyard.”

In her own words, the vet added that the pup, now named Wandi, “was adorable, serious puppy cuteness.” Even more outstanding was the fact that when the hospital DNA-tested the baby animal, he turned out to be a pure-breed dingo, which the vet said was “incredible.”

Wandi had been moved to the Australian Dingo Foundation’s sanctuary, where he seems to be fitting in perfectly. He even made some friends. “Wandi has a little playmate his same age because he has been born at the perfectly right time for dingos in winter,” Lyn Watson, director of the foundation, explained.

Kevin Newman, a volunteer with the dingo foundation, said Wandi was showing all the signs of adjusting to his new environment. Sadly, his species seems to have a bit of a bad reputation amongst Australian farmers who seem them as dangerous. “Many Australians see them as a threat to agriculture, even though they don’t really like sheep as they can’t process fat, and they are definitely too small to take on cattle,” Newman told The Dodo.

According to Watson, dingoes are an endangered species in Australia. “So not only is the habitat of the alpine dingo dwindling to nothing but our persecution of this animal—because it sadly looks like a dog—has pushed this beautiful alpine dingo very close to extinction,” she explained.

Which is why Wandi is such an essential addition to the foundation’s breeding and conservation program. “For us, he is going to be a very valuable little thing,” Watson added, “depending on his eventual development and the way he continues to get along with everybody else in the sanctuary, he has all of the features we demand before we do breed anything.”