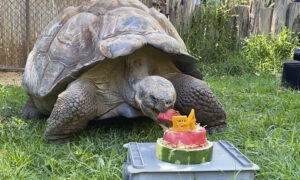 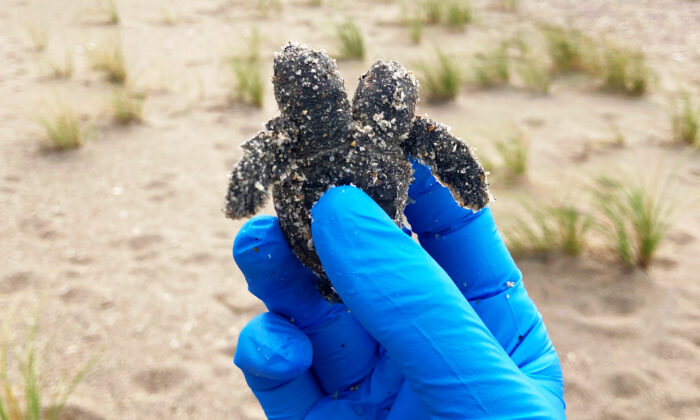 Sea turtle patrollers made an incredible discovery during a recent turtle nest inventory on a South Carolina beach. Among three live hatchlings, they found one that stood out for its unique feature: it had two heads.

South Carolina State Parks (SCSP) shared photos on Facebook, writing, “While performing an inventory … patrollers, and volunteers found three alive loggerhead sea turtle hatchlings still in the chamber, but one hatchling in particular stood out because it had two heads!”

This rare feature, they claimed, is the result of a genetic mutation. While other two-headed hatchlings have been found in South Carolina in past years, the infant discovered recently was a first for the patrol team at Edisto Beach State Park.

Yet the hatchling was not interfered with. After taking photos, patrollers gently released the two-headed sea turtle, alongside its two companions, into the ocean.

“All hatchlings must be released as required by state and federal permits, regardless of deformities or injuries,” Sea Turtle Specialist Leah Schwartzentruber explained in a message relayed to The Epoch Times. “We let nature take its course as it should, and we strongly limit our interference with them,” she said.

Turtle nest inventories provide biologists with a crucial insight into how the nesting population of sea turtles is faring.

According to SCSP, the patrol team at Edisto Beach digs into the sand three to five days after a sea turtle nest shows signs of a “major emergence.” Hoping to determine the success of the nest, the team counts both hatched and unhatched eggs and occasionally helps release live hatchlings stuck beneath the surface of the sand.

Volunteers cordon off nesting areas and place signs to deter beachgoers from trampling or disorienting the young, Fox News reported. They also collect trash and fill holes in the sand that may be hazardous to hatching turtles.