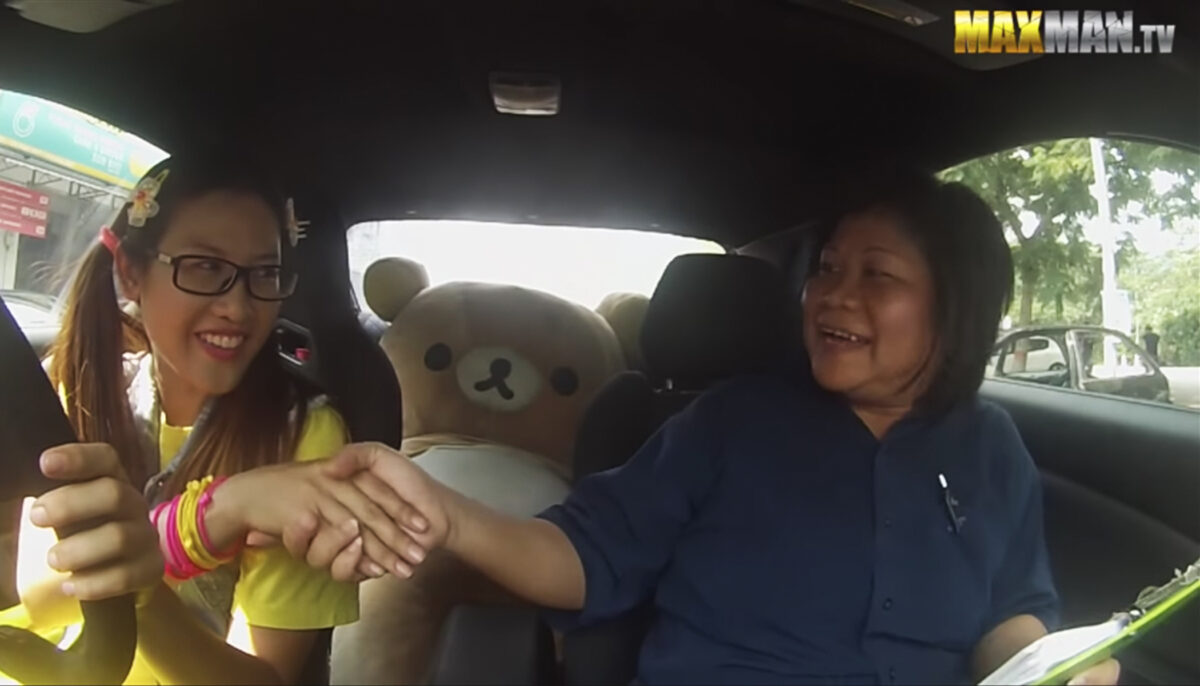 Learning to drive can be an experience for everyone involved, from the students, who often have sweaty palms, pounding hearts, and white knuckles, to the instructors, who have to be endlessly patient and calm throughout the process.

However, in a prank video from Malaysia that went massively viral, the tables were turned as one learner gave her instructors an experience they probably would have never expected.

The instructors, all of whom were on their first day of the job, assumed they were meeting a nerdy, meek student. As she started to drive, she showed signs of nervousness, repeatedly stalling the car and showing little ability to control it.

After repeated gaffes that have the impatient instructors clearly frustrated with her inability to drive more than a few feet at a time, one of them says, “I think you need to practice more.” She begs for a little more patience, saying: “give me one more chance, I try”

However, that’s when she completely takes over and starts to show her amazing drifting skills. Some of the instructors are concerned about her safety and those of the people parked by the driving course. “You almost hit the people!” one of them yells.

Meanwhile, an older male instructor tries to burrow into his seat as she revs the engine and begs her to stop.

A female instructor just hides her face with her hands in fear. She screams at the top of her lungs as the girl expertly weaves around the course, tearing around the corners and leaving clouds of black smoke from the burning tires.

However, it turns out that the driver was not a nerdy student but Leona Chin, a professional Malaysian race car driver. She specializes in “drift racing.”

At the end of the prank, Chin revealed the camera crew from MaxMan, the media company that made the video in 2015, who had been lurking in the parking lot, capturing the external view of the “driving test.”

While one of the instructors wasn’t too happy about the stunt, saying “you almost killed me!” most of them were happy, and a bit shaken, to find out that they had just been in the hands of a professional race car driver. “The 3 employees you saw at the end loved it and laughed it off,” Izmir Mujab, CEO of the media company, told Time.