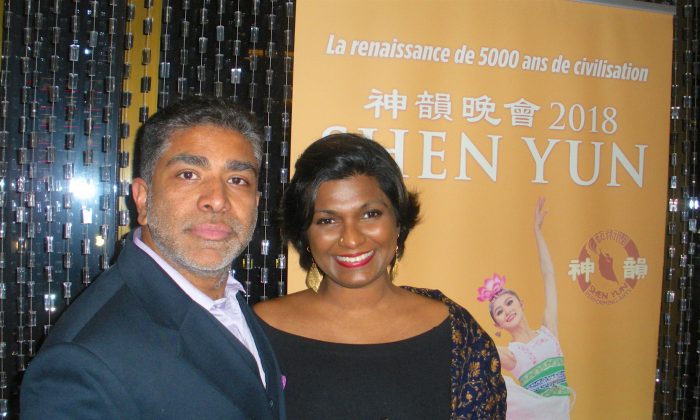 “I was flabbergasted … It’s just surreal, it’s really … a travel through time.”

“It’s the integration of everything. … There’s a thousand things that could go wrong, [but] no, everything is just picture-perfect, I mean literally.”

“I’m a big fan of the OSM [Orchestre Symphonique de Montréal], and these people [Shen Yun’s orchestra], they would take on Kent Nagano’s team any given day, twice on Sunday.”

“We come from a similar culture and it was great to see [the spirituality] integrated in a show which is being shown in 2018. But you don’t see that in today’s world. It’s almost—not frowned upon, but not far from it. It was quite enlightening to see that.”

“I’m somebody who believes in God and you don’t see that in shows anymore, because everybody is trying so much to be politically correct about what you say, what not to say, what to put, what not to put, whereas it was just in there, whether you like it or not it’s there, and I believe it’s a great thing.”