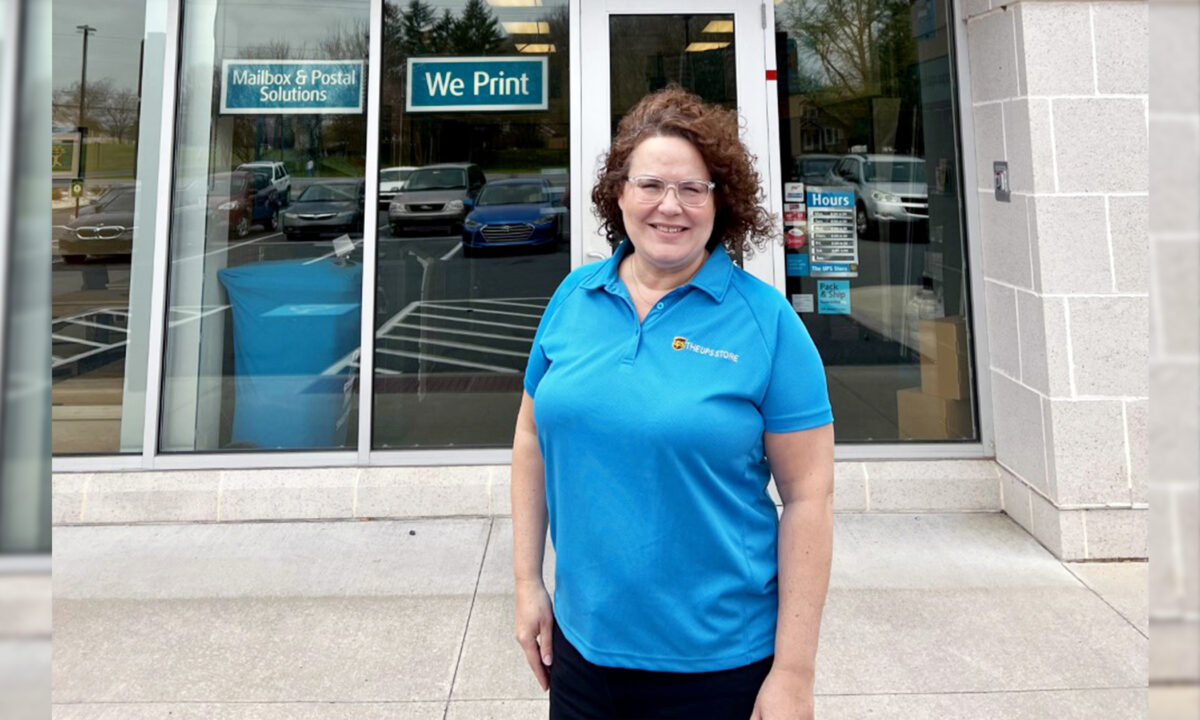 Spotting red flags in an elderly customer’s shipping request, a UPS store owner stepped in, called a trusted relative, and saved the man from losing $12,000 to a scammer.

Julie and her husband, David Osborne, have owned and run a store in Lebanon, Pennsylvania, as part of the UPS franchise since 2011. Julie didn’t recognize Clyde Blount, who’s in his 90s, when he walked into her Quentin Road store at the end of March, but she could quickly tell something was wrong when he handed her a thick envelope.

“We were just doing our normal day,” Julie told The Epoch Times. “Clyde came in and asked if he could ship something … he was visibly distressed and shaking. I started asking him questions.”

Julie recalled that, as she questioned Clyde, he barely gave any information to her. When he asked her to overnight the package for an 8 o’clock delivery, stating that it was a document, she knew right then that this was a “red flag” in the shipping business.

Clyde gave Julie a New Jersey address and named his grandson, Jeremy, who lives in York, Pennsylvania. She immediately asked him why it needed to be shipped overnight, but Clyde didn’t answer her question.

“I had my members Google the address on another computer while I was talking with Clyde,” said Julie. “He said, ‘Yes, this is my grandson’s attorney’s office,’ and I said, ‘No, it’s not an attorney’s office, this is an apartment building.’ He paused and started looking confused.”

Julie then suggested they call Jeremy to confirm details, but the elderly man became desperate, pulling close to $100 from his wallet and pleading with Julie to process his request fast. However, Julie had seen it all before; as her uncle was targeted by the very same scam.

“What they do is, they call these elderly people early in the morning, so they’re usually disoriented,” she explained. “They’re getting a call from somebody who is pretending to be an attorney, and they’ll say things like, ‘I’m here with your grandson … he’s been involved in a terrible drunk-driving accident. He’s been injured and hurt, and he’s been arrested.'”

The scammer will threaten the elderly relative to pay fast and keep quiet, said Julie.

Clyde also believed he’d spoken to his grandson on the phone; the scammer, who’d researched Clyde’s family, explained the unfamiliar voice by saying Jeremy’s face had been injured in the crash. Clyde was fearful that Jeremy would go to jail and lose the construction company that he owns with his father. He was also concerned for a fictitious pregnant woman the scammer said was involved in the crash.

Julie asked Clyde for his grandson’s occupation, found him on social media, and sent him an urgent message with the subject line, “a problem with your grandfather, Clyde.” Jeremy called her back within minutes to speak to his panicked grandfather.

“[Clyde] just kind of sat there, shook his head, and listened. He kept saying, ‘Okay, okay,’ and then they hung up,” said Julie. “The last thing he said before he left the store was, ‘I understand now, that wasn’t Jeremy.'”

The store owner suspected that Clyde—a “tough old guy” and a very active former carpenter who still drives in his 90s and lives alone—felt embarrassed to have fallen victim to a scam. Yet, he and his grateful family later met with Julie and David to say thank you. Clyde brought a poem he had written, himself.

Reflecting on the incident, Julie said: “I wish I could tell you this is the first time it’s happened … this is probably the twelfth time. Sadly, this is very familiar to us in the shipping business.

“We’re very, very alert. When seniors come in and start dropping the keywords, we start asking a lot more questions … it’s usually an elderly person, usually stressed or upset, they always ask for the eight o’clock delivery, and they always tell us it’s a document or magazine or book … but it’s thicker than a typical document.”

Julie thinks the largest scam they’ve intercepted so far was for almost $30,000.

She has since reported Clyde’s experience to the fraud department of her local police through UPS, but remains skeptical that the scammers will be caught, since most use random addresses. Clyde, however, has sidelined his embarrassment to help others.

“I think after he thought about it … he felt it was very important to share what these scammers say to make it believable, so that other people wouldn’t fall for it,” said Julie.