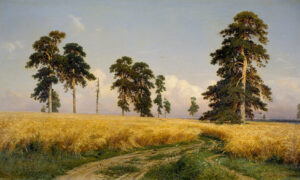 By Maya Mizrahi
biggersmaller
Print
“Revolutions do not interest me, I care for the people,” said Yaira Yasmin, photojournalist for the Hebrew edition of The Epoch Times, even before we began talking about her new photography exhibition.

Yasmin, a veteran journalist in Israel, started at Haolam Hazeh magazine with Uri Avnery and then worked for Monitin, At, Olam Haisha, and other magazines, as well as the daily papers Hadashot, Globes, Maariv, and Yediot.

On the walls of the Gross Gallery in Tel Aviv, Israel, hang 40 protest images and 220 portraits that Yasmin photographed during her February stay in Egypt after the revolution and during the weeks of the recent social protest in Tel Aviv.

The pictures and the order in which they hang do not distinguish between Egyptian and Israeli protesters and hardly give importance to the political and social reasons that made people take to the streets. The pictures show the beauty of so many different people coming together.

Yasmin traveled to Egypt to collect information for a future documentary in the memory of her mother, the well-known pianist Pnina Zaltzman. When she arrived in Egypt, she didn’t think of photographing the events.

“It happened naturally,” Yasmin said. “At the beginning I was photographing situations and people who would sit or demonstrate. In Egypt, there were two extreme emotions: There was anger, but there was also joy.”

Yasmin arrived after the protests, after a lot of people were hurt or killed. She said, “Besides social change, the people also demanded that Mubarak and the police forces be brought to justice.”

Yasmin, however, noticed people’s overall positive feelings. “It seemed that even though they wanted a change, they had a lot of joy for life.” She went on: “These are the people I mostly liked to photograph. I suddenly realized that what really interests me are those people and how they react to the events. I mostly searched for the wish for change and the hope.”

Most of the photos in the exhibition are portraits. Looking at some of them, you would not know that they were taken during a revolution and a protest. Through the personal, simple, and daily descriptions that go with the photographs, Yasmin touches the heart of the events.

“Among the protesters you have religious people, intellectuals, students, people who do meditation, and a lot of people who had traveled to India,” she said. She then talked about the recent protest in Israel: “When you come to the protest, and you see a mass of people standing with flags to protest, you don’t always have time to see the person. This is why I wanted to exhibit them as separate portraits. All the people are a sequence of images that make one entirety.”

She explained: “People said all kinds of things about the protesters. They saw every time one piece, one unit. I walked around during those weeks and tried to collect as many pieces as I could. I wanted to learn how this protest was built up from individuals.

”In the moment that you see a person alone you feel something. I have pictures of people in their daily routine: drinking coffee, sitting in a tent, eating sprouts, reading a book, sleeping, praying … they are doing their routine with a lot of love in their hearts.”

Through the juxtaposition of different images presented in the exhibition, Yasmin creates a meeting between two protests of different countries. It seems that by mixing everything together, she can draw out the substance through which humans meet—tolerance and brotherhood.

“There is humanness and brotherhood between those people,” she said. “Suddenly they unite for a common purpose. People in Egypt kept the streets clean and orderly. They brought water to the protesters and made sure everything was done in perfect order. In Israel it was also like that. People do things like composting and recycling, and there is an enormous kitchen that distributes food.”

Today we are more aware of the important role of photography and its influence on public opinion, and it is interesting to see the different results according to the intentions of different photographers.

In Yaira Yasmin’s photography the individual is not a symbol of protest but just a part of it. She emphasizes the power of optimism and hope the individuals bring and their simultaneously being a part of something bigger.