Professionals in the Financial Sector Awed by Shen Yun 2015 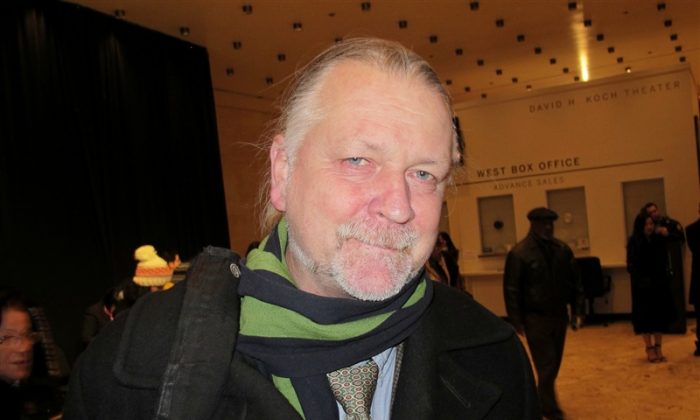 Mr. Raymond Ortiz, who works as a financial consultant for one of the big four financial companies, was similarly enamored by Shen Yun’s performance.

Though Shen Yun performances have graced the theater halls of hundreds of cities around the world since the New York-based performing arts company was founded in 2006, it has never been permitted to perform in mainland China.

Six decades of communist rule have taken their toll on 5,000 years of traditional Chinese culture, which has been frequently and violently denounced as feudalistic and counterrevolutionary.

Mr. Shannon said he was surprised by the elaborate presentation of the performance.

“My job’s visual, so it was completely visual,” he said. “I was surprised by aspects of classical dance; they’re really athletic, really good dancers.”

He was also struck by the erhu, an ancient Chinese two-stringed instrument said to mimic the human voice, which was featured in the performance.

“When it quieted down and [erhu virtuoso Qi Xiaochun] just played … that was a great moment,” Mr. Shannon said. “It had kind of a vocal sound to it, as the announcer had said, but really different, much more beautiful than most people speaking.”

“I think it’s a great thing, especially sharing it with audiences who are not of Chinese descent. It’s really a great thing to get a better understanding of persistent issues that are going on in today’s society but also to come together and celebrate our differences and to still be able to put on a show like this when you can.”

“You’ve got a good mix of some more spiritual background of Chinese culture, but then you have a little bit of fun and entertainment intermingled,” he said.