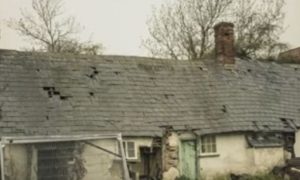 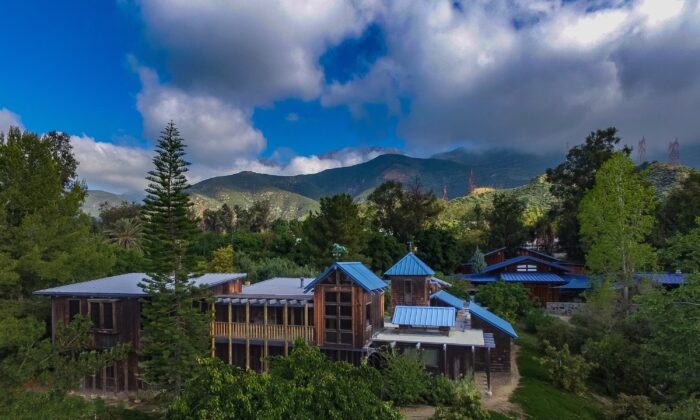 Master woodworker Sam Maloof's home and studio is preserved as a Smithsonian-affiliated museum in Rancho Cucamonga, Calif. (Photo by Aaron Echols, Courtesy of the Sam and Alfreda Maloof Foundation for Arts and Crafts)
American Inspiration

Acclaimed woodworker Sam Maloof’s craftsmanship is now more accessible than ever, as prices for his handmade furniture have softened
By Ronald Ahrens
biggersmaller
Print

One Friday afternoon in December 2013, estate sales specialist Robin Psota got tipped off about a trove of collectibles in a house just north of the Los Angeles International Airport. She fought her way through traffic, donned gloves, and sifted through a pile of debris in an upstairs room. “I’d never seen such a hoarder house,” Psota recalls. “I pull out this chair, and I knew right away it was Sam Maloof. I didn’t even have to look at the stamp.” Understanding the value of even a humble armchair made by the 20th-century master woodworker and furniture designer, she challenged the estate executor, “give me a crazy price.” When he demanded $600, she didn’t quibble.

Psota took the chair to Katie Nartonis, then the specialist for 20th-century decorative arts at the Bonhams auction house. Nartonis determined that not only had Maloof created this tiger-maple prototype in 1984, but also that he and his wife Alfreda used it in their home, imbuing the piece with significant provenance. After another $300 for a light touch-up, Psota put the chair for auction at a Bonhams sale in April 2014. “I watched the phone bank light up, the people in the audience raising their cards. When it hit ten grand, I thought ‘Oh, my God!’ And it kept going.” At an astonishing $18,000, the hammer price was “one of the largest scores I’ve ever had.”

We should all be so lucky. Few will ever have an in-the-wild encounter with a piece of furniture that Maloof made by hand during his career, from 1949 until just a few months before his death in 2009. In his workshop near Claremont, Calif., Maloof developed an idiosyncratic style that won early appreciation, landing his pieces in major museums and leading to worldwide fame—especially after he received a prestigious MacArthur Foundation fellowship in 1985. Working most often in walnut, he emphasized the wood’s grain and warmth, developed organic shapes, and indulged in surprising sculptural flourishes. His rocking chairs are renowned for their long rockers that stretch like tendrils. As critic Helen Giambruni wrote of one such piece, “This chair is not just a technical tour de force, its exaggerations lift it to a kind of Platonic ideal of a chair.”

Born to Lebanese immigrants in Chino, Calif., Maloof established himself at the vanguard of a postwar movement that was centered around the Claremont Colleges some 30 miles east of Los Angeles. “If Claremont had been located in the Hudson Valley in New York, the artists and community of artists there would be much better known,” said Jim Rawitsch, executive director of the Sam and Alfreda Maloof Foundation for Arts and Crafts, the organization that preserves the Maloof home and studio—known simply as The Maloof—as a Smithsonian-affiliated museum in Rancho Cucamonga. “The time in Claremont and Southern California is especially interesting because Los Angeles was emerging as a global center for design and new ideas.”

Maloof set up his woodworking studio with support from his wife, who had gained an understanding of independent craftspersons while working as a teacher and arts administrator for the United States government’s Bureau of Indian Affairs; she took care of the distractions, enabling Sam to use his tools.

“It was vastly important that Sam had Alfreda to support him,” said Nartonis, who is now an independent curator and writer as well as vice president of The Maloof’s executive board. “She was the one who followed up on the correspondence with clients. She would invite them for lunch when they came to visit the studio. It was a group effort.”

Having handled “probably hundreds” of Maloof’s pieces during her years in the auction business, Nartonis suggested three areas of emphasis for collectors. Being “the most important of the forms that Maloof created,” the rockers rank first, she said. “Of course, during the time that Sam Maloof was making these for the families that had commissioned them, they were making sure their children had the most fabulous cradles ever.” So cradles are number two on the list. She also recommended searching for the earlier pieces, made when Maloof was influenced by Danish designers Hans Wegner and Finn Juhl. “I’m really interested in that transitional period,” she said. “He didn’t develop his organic sculptural forms until later.”

Another tip derives from 1953, when Elizabeth Gordon, then-editor of House Beautiful magazine and a prescient critic of modern design, picked up one of Maloof’s curved benches with a laced seat, paying just $55.72.

While Maloof pieces are fairly rare, Nartonis said one tends to come up at almost every sale of decorative arts. Checking with an auction specialist is a good way to receive advance notice of these offerings. Setting up a Google notification is also a good way to learn about new pieces coming to auction. And there are always dealers.

“Prices for an artist are cyclical,” she said, noting that she once witnessed a Maloof rocker fetch $70,000 at a fundraising event. Today’s average range is $20,000 to $30,000. “While prices reached a zenith during his lifetime, this is a relatively good time to pick up a piece for a good value.”

And there may be hidden value in owning a piece created by Maloof. As we learn in “The Furniture of Sam Maloof,” a biography by Jeremy Adamson, some contemporary observers of the vibrant mid-century crafts scene sensed an almost spiritual presence in the objects produced by designer-craftspersons. One such observer was Rose Slivka, the new editor of Craft Horizons magazine in 1959. Adamson sums up Slivka’s take by explaining that she detected a maker’s passion transmitted “through the object invested with his creative impulse to the appreciative end user whose life was transformed for the better through its daily encounter and use.”

Nartonis echoed this idea when she said, “I believe Maloof’s work represents a connection to the natural world that humans hunger for. Living with a piece of Maloof has the potential to make you a better person.”