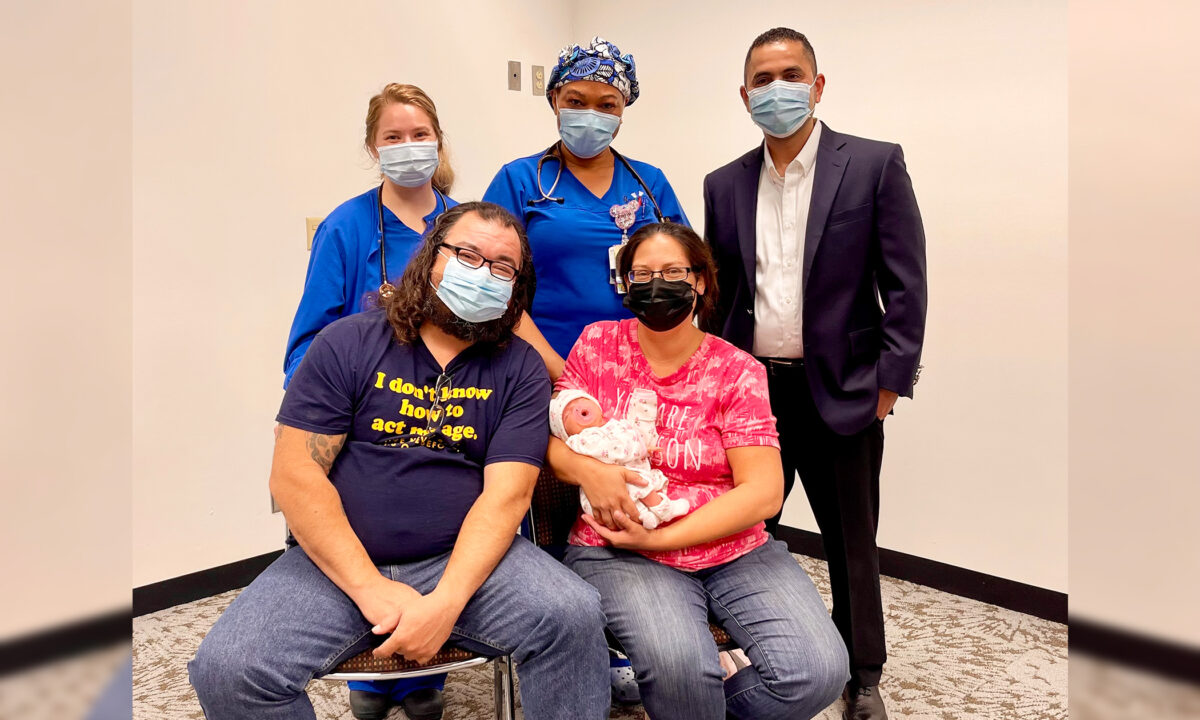 Despite being born four weeks premature, a baby girl’s early arrival ended up saving her father’s life by placing him in the hospital at the onset of a potentially fatal heart attack.

“It was like, ‘I got to get out of here so I can save my daddy,'” baby Juliette Francine’s father, Jonathan Cedillo, told KTLA 5.

Juliette was born healthy on Oct. 8 but her and her mother, Vanessa Sandoval’s, discharge from Riverside Community Hospital in California was delayed, meaning her father was still attending hospital a few days after her birth.

After a restless night on Oct. 10 owing to shooting pain in his shoulder and arm, Jonathan, a professional wrestler, who attributed the pain to a recent wrestling injury, went to see his chiropractor for an emergency adjustment. He then had an adjustment and the orthopedic pain was released. However, he still felt a pain in his chest that ran up his neck and down his arm.

Right after as he went to collect his wife and the baby, he had to lie down in the extra bed as he lost consciousness briefly.

Yet according to a Riverside news release, Vanessa’s postpartum nurse, Brittney, knew something was wrong and called for help. After a wheelchair arrived to transport Jonathan to the emergency room, he lost consciousness twice more en route to urgent care.

Riverside cardiologist Dr. Qasqas confirmed that the new father was having a major heart attack. He had, in fact, already suffered several smaller heart attacks owing to a 100 percent blockage in his left anterior descending artery.

The medical team then cleared the blockage and had a stent fitted.

Early intervention likely saved his life; had he not been at the hospital during this time, he would have suffered permanent heart damage, the release stated.

“He probably would’ve passed away at the house, possibly by himself or even later that night,” Vanessa reflected.

“If I had not been in the hospital at that particular moment, and they caught it, I would’ve just shrugged it off as more pain from my shoulder injury,” said Jonathan. “[Juliette] saved me, and I will be her sentinel and guardian as long as I can.”

Anxious to reunite with Vanessa and Juliette, Jonathan spent just a day and a half recovering from his surgery in the hospital before heading home to be with his family. 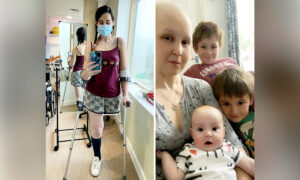 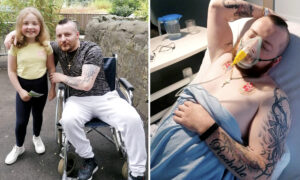 InspiredBy Louise Bevan
Girl, 8, Saves Dad’s Life After Hearing Him Gasp for Breath in the Middle of the Night
12-10-2021
sharecomments