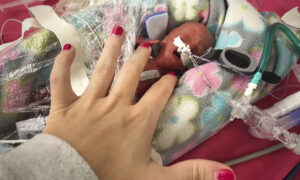 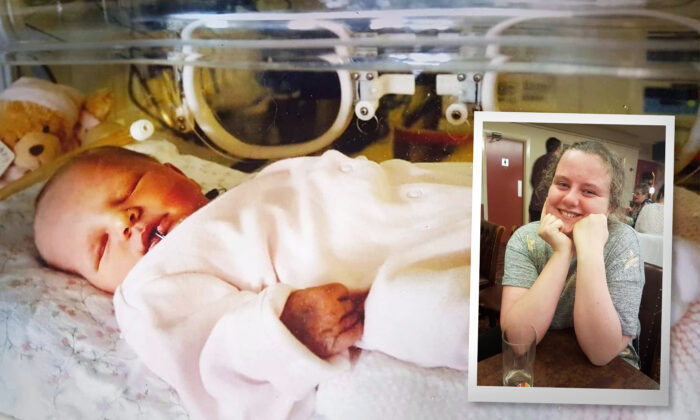 She suffered oxygen deprivation at birth, and doctors feared she may never walk or talk. Yet, baby Ashleigh battled through health setbacks and has come a long way.

Making her mother proud, the thriving teen dreams of becoming a teaching assistant.

Mom Alison Mulvaney from Liverpool, England, risked her life when she and her partner pulled up beside a blazing house fire in March 2005.

She was eight and a half months pregnant with Ashleigh at the time and was on her way home when they saw the blaze and stopped to help.

“There was a fire on Queens Drive Childwall,” Alison, now 51, told the Liverpool Echo. “It was outside of a house. There was three white vans up the path and they were all ablaze. There was trees as tall as the house also ablaze.”

The couple realized the neighbors were unaware of the fire. Alison’s partner, Daniel, told her to stay in the car while he sought help from next door.

But compelled to help, she got out to warn the neighbors, and was walking down the driveway when she was caught in an explosion from a gas tank.

She recalls an “almighty pain” in her stomach. First responders arrived and brought her to the hospital.

The expectant mom was rushed into surgery for a ruptured artery in her spleen, and to save her unborn child. Her life hung in the balance, and doctors made the difficult choice to deliver baby Ashleigh prematurely.

Ashleigh had been deprived of oxygen for roughly 90 minutes before being delivered. She was born blue and not breathing.

Although, doctors managed to resuscitate her, they warned the parents their baby might not survive.

After suffering seizures, baby Ashleigh was admitted to the NICU at Liverpool Women’s Hospital.

The mom was devastated, but her daughter was a fighter.

As a result of her early trauma, Ashleigh’s development was delayed. She learned to walk at age 2, and didn’t speak properly until 3 1/2. She underwent physiotherapy and speech therapy, which her mother says she “took in her stride.”

“She always had to work doubly hard compared to anyone else her age,” Alison said. “She’s at the stage now where she’s looking forward to a life I thought she’d never have … She’s amazing, she really is.”

Alison and Daniel likely saved six lives back in 2005, and they were awarded the 2006 “Mersey Marvel” title for their heroic actions. Daniel suffered smoke inhalation during the blaze, but later recovered.

Tragically, he took his own life on Christmas Day a decade later.

Having traversed years of health challenges, and the tragic death of her father, Ashleigh is a resilient teen with a dream for the future. She volunteers for animal rescue charities and has already applied to college to study education, having completed her GCSE exams.

“She wants to follow on in her brother’s footsteps and become a teaching assistant,” Alison explained. “All her teachers say how brilliant she is and how she tries her hardest at everything she does.