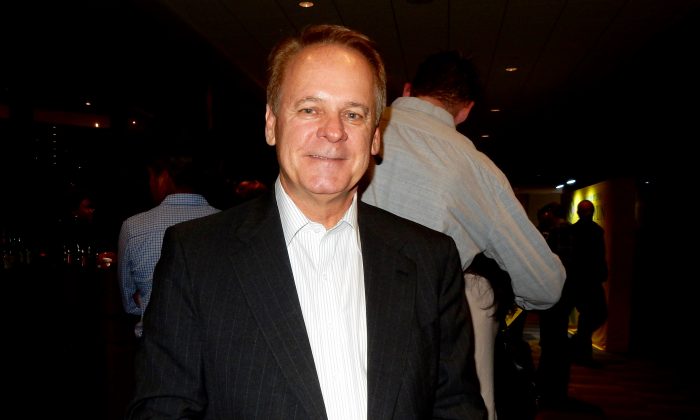 AUSTIN, Texas—Legendary emperors, mystical monkeys, and sparkling handkerchiefs reminiscent of fireworks filled the stage at the Long Center for the Performing Arts in a performance billed as 5,000 years of civilization in one night.

Mark Ferguson, Austin division president of D.R. Horton Homes, America’s largest home builder, had seen just half of Shen Yun Performing Arts before giving it a glowing review, adding “I would recommend it to anyone.”

“I love all the fanfare, the colors, the pageantry, and the skill of the performers,” he said at the opening night on March 21. “I just think the precision of the performances and the enthusiasm of the artists [are unique].”

The performers were excellent, and the digital backdrop added a lot overall, he said, as it showed scenery from the heavens to the seas and quite literally set the stage for each story.

He’d be hard pressed to choose a favorite, as “so far it has all been wonderful,” which made him want to experience more.

Formed in 2006, the New York-based company was founded by artists who wanted to share authentic traditional Chinese culture with the world. It is a culture said to be divinely inspired, as China was once a nation where the divine and mortal coexisted. Society was built on values like justice, wisdom and propriety, benevolence, and loyalty—values stemming from religions like Buddhism and Taoism.

It all came to an end in recent decades, when communism took power in 1949. With systemic campaigns like the Cultural Revolution to root out traditional beliefs and values, the culture was once nearly lost to the world.

Today the company has four equal sized touring groups, which have performed nearly 3,000 performances worldwide. Whether it is in Europe, Asia, or across the United States, comments like Mr. Ferguson’s seem to be universal.