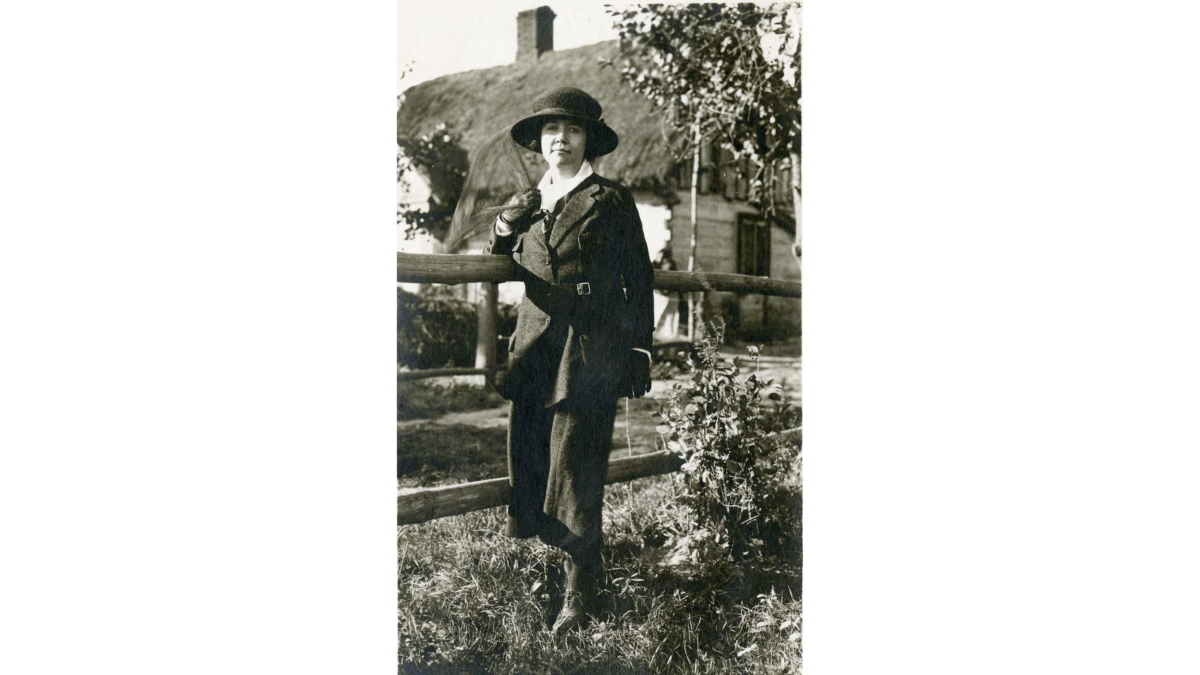 Today, Rose Wilder Lane (1886–1968) is best remembered, if she is remembered at all, as the daughter of Laura Ingalls Wilder, author of the beloved “Little House” books, children’s stories that Rose helped shape and edit before they appeared in public.

Yet Rose was a woman of accomplishment in her own right. Despite her rough childhood on the prairie and a hit-and-miss early education, she became a well-known and respected journalist, a world traveler, a novelist whose books made the bestseller lists, a political theorist, and a founder of the American Libertarian Party.

Among friends and acquaintances, she was also known for her wit, intelligence, and eloquence. As William Holtz writes in “The Ghost in the Little House,” his biography of Rose: “Everyone I have interviewed who knew her testifies that she was a brilliant conversationalist and a compelling raconteur, her fine blue eyes flashing as she pursued an idea or a story to its furthest reaches and beyond.” Holtz also finds this style and spark in her letters, which he judges as “among the best written in our century.”

For much of her life, having turned her back on communism and fascism, and waging war through her writing with the Franklin Roosevelt administration, which she considered an incubator of dictatorship, Rose promoted quintessential American ideals: liberty, self-reliance, and the burdens and glories of individualism.

Two of her books, “The Discovery of Freedom: Man’s Struggle Against Authority” and “Give Me Liberty,” still inspire today’s libertarians, and her beliefs are reflected in the “Little House” books.

If we wish to find an excellent blend of her storytelling talents along with her political philosophy, we might take up her 1933 novel “Let the Hurricane Roar,” now published under the title “Young Pioneers.”

Within the first five pages of “Let the Hurricane Roar,” a title derived from an old hymn, newlyweds 16-year-old Caroline and her husband, Charles, who is only two years her senior, load their belongings onto a wagon, bid farewell to their families, and head west to seek their fortune by homesteading. Eventually, they stake their claim. They turn the dugout abandoned by a previous tenant into a home and ride out the winter storms.

For a while, all is bliss in this primitive household. In the evenings, Caroline reads aloud from the Bible and from a volume of Tennyson’s poems given to them by her mother.

She bears a son on her 17th birthday, and the wheat that Charles plants in the spring ripens and grows tall. Anticipating the cash he will earn from this crop, Charles goes to the nearby town and purchases on credit items like lumber, window panes, and treats for his wife.

Disaster strikes when an enormous swarm of grasshoppers darkens the sky, descends on the wheat field, and ravages their crop. To earn money to pay off his debts, Charles heads east to find work, promising to return in October. But, in an accident, he breaks his leg and finds his absence extended well into the winter.

Meanwhile, after failing to find work in town, Caroline finds herself forced to live alone in the dugout, facing blizzards, wolves, and a dwindling food supply.

Rose based the plot of her novel on the real-life adventures of her maternal grandparents. (In “Young Pioneers” she changed their names, Caroline and Charles, to Molly and David.) It’s difficult today to imagine a couple so young marrying, much less enduring such arduous trials largely by themselves. Yet both Caroline and Charles were born to parents and into a culture that stressed, as did Rose, the importance of self-reliance.

Throughout that bitter winter of snowstorms, wild animals, and possible claim jumpers, Caroline cares for her infant son, keeps a gun close at hand, and heats the dugout as best she can by twisting hay into bundles to fuel the fire. Eventually, she breaks up and burns some of the furniture so that she and little Charles John have some semblance of warmth.

Meanwhile, she spends much of her time worried sick by her desperate circumstances, daily fearing some new calamity or even death.

But in these tribulations comes a moment of transformation, of revelation. In this land of snow, “a world neither alive nor dead, and terrible because it was alien to life and death,” Caroline suddenly perceives “the spark of warmth in a living heart” and “its indomitable existence among vast, incalculable, lifeless forces. It was invincible.”

She becomes “aware of human dignity. She felt that she was alive, and that God was with life. She thought: ‘The gates of hell shall not prevail against me.’ She could feel what Charles felt, singing: ‘Let the hurricane roar! We’ll weather the blast.’”

The Value of Adversity

For Rose, such challenges as those faced by Caroline act on us like rotary tumblers, those machines that polish gemstones through constant friction. As William Holtz tells us of Rose, “a copybook maxim from school days … became the determining condition of her life. ‘Sweet are the uses of adversity.’” Years later, she wrote to a friend, “I am a—maybe fanatic—believer in the uses of adversity.”

In her arguments for the older ideas and ways of liberty, before the advent of government social programs, Rose recognized that true freedom brings risks and hardships. It means standing on our own two feet and sometimes facing terrible odds, but the payoff for her and her characters in “Let the Hurricane Roar” is the pride and dignity that accompany both defeat and victory.

When Charles returns to the dugout after failing to find work on his first attempt, he is bitter and short with Caroline, angry about his debts and his lack of money. As she listens to him, Caroline gains new insight into her young husband.

“Suddenly she was almost happy, because she understood why he hadn’t come to her for comfort. It was his pride—his pride in taking care of her and the baby … She wouldn’t love him at all without that pride; he wouldn’t be Charles without it. That was why he fought to save it; that was why he fought for it even against her. He must not lose his pride; it was their most precious possession.”

“Life, liberty and the pursuit of happiness” were the guiding stars in Rose Wilder Lane’s philosophy. In her own day, her beliefs in individualism and freedom were considered radical, and even more so now, when our lives are encumbered by a thicket of laws and regulations. She always remained well aware of the burdens and responsibilities that this freedom imposed on men and women, yet she also believed that one of the great rewards of true liberty was hope for the future.

In the depths of her dark winter, Caroline composes a letter to Charles in which she writes:

“We are having hard times now, but we should not dwell upon them but think of the future … I trust that, like our own parents, we may live to see times more prosperous than they have been in the past, and we will then reflect with satisfaction that these hard times were not in vain.”

In another scene, their closest neighbors—a Swedish immigrant and his wife who live a mile away—decide to abandon their claim and return east to Minnesota. When the man complains bitterly “Ta dam country. No tam goot,” Rose has Caroline offer this response: “‘The country’s all right, Mr. Svenson,’ Caroline said. Suddenly she felt that he was a foreigner; no American would talk like that. She said sharply, ‘No country’s going to feed you with a spoon.’”

A moment later, she tells him, “It’s men that make a country.”

In 1965, at the age of 78, Rose flew to Vietnam to report on the war there. On her return, as William Holtz reports, she spoke to a local reporter not only about her impressions of that country, which were favorable, but also about the United States. Over 50 years ago, she identified problems that today have become acute, including our ruinous debt and the loss of state prerogatives to the federal government. Yet in this interview, Rose also said of the future:

“The country will pull through. I may not be here to see it but we’ll come through. We’re that kind of people.”