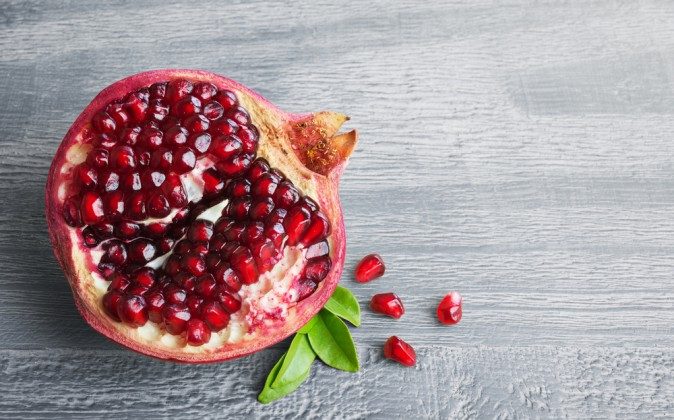 Fall is here, and fresh pomegranates are available again. Pomegranate was one of the earliest cultivated fruits, and the fruit has been prominent throughout history in art, culture, and religion, from the story of the seasons in Greek mythology to Romeo and Juliet to the Bible. Pomegranate is ubiquitous in Middle Eastern cooking and its super food status and unique flavor and texture has made it increasingly popular in the U.S. in recent years. A pomegranate contains hundreds of tiny, crisp arils; each aril is a seed encased in a juicy pulp, a tasty mix of sweet and tart flavors.

*Images of “pomegranate“, “juice” and “heart” via Shutterstock