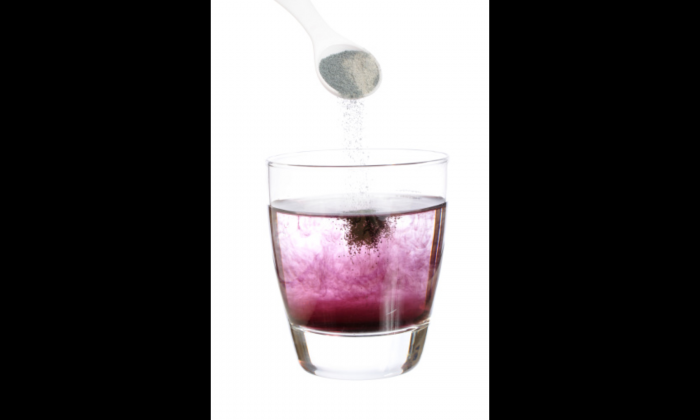 A new produce, powered alcohol is set to hit the markets this fall. Sen. Charles Schumer said it will be the “the Kool-Aid of teenage binge drinking." (shakzu/thinkstock)
Health News

Sen. Charles Schumer (D-NY) is urging the U.S. Food and Drug Administration (FDA) to ban a new powdered alcohol product called Palcohol. In a May 16 press conference at the at the Albany Boys and Girls Club, Schumer dubbed Palcohol “the Kool-Aid of teenage binge drinking.”

“It’s really troubling to me,” Sen. Schumer said in a May 14 hearing before Senate Finance Committee. “You can put it on food. Kids can sneak it into dances, concerts, sporting events, in their pockets or their shoes.”

Palcohol is expected to be released onto the market in fall 2014, but some communities and lawmakers already fear that it presents an enticing new avenue for substance abuse. Schumer compares the product to Four Loko: a caffeinated alcoholic beverage that saw big appeal with young people until it was outlawed earlier this year.

Palcohol will be sold and taxed just like liquid alcohol and consumers must be of legal drinking age to purchase it. The product will come in pouches that contain about half a cup of powder, equal in potency to a single vodka shot. Blended with sucralose for a sweet taste, flavors include cosmopolitan, lemon drop, powderita (margarita), Puerto Rican rum, and more. Just add water, and shake.

Palcohol inventor Mark Phillips knew the product would attract attention, but he was not ready for so much so soon—critics emerged soon after the Treasury Department’s Trade and Tax Bureau approved labels for Palcohol in April.

In response to bad press, Phillips made a video defending his product. In the video he calls the attacks on Palcohol “unfounded—and anyone who makes those claims is either ignorant, or just being untruthful to promote their agenda.”

The FDA has yet to announce a Palcohol investigation, but critics already anticipate a host of problems. For example, Schumer warns that Palcohol can be snorted. Phillips believes this is unlikely.

“It would take about one hour for someone to snort this much powder,” Phillips said. “Why would anyone choose to spend an hour of pain and misery snorting all of this powder to get one drink in their system?”

In a recent article describing reckless experiments with powdered alcohol, River Donaghey of Vice magazine took Sen. Schumer’s snorting warning as a challenge, and described the experience of inhaling a strong, homemade batch.

“Somehow, the powder turned straight into glue when it hit my sinuses. I was immediately plugged up. The fumes burned inside my nose, but only for the first minute or so. After that came an uneasy numbness. Maybe all the nerve endings were dead,” wrote Donaghey.

Another concern is that Palcohol will be used to adulterate the beverages of unsuspecting victims. Phillips demonstrates that Palcohol must be vigorously stirred for about a minute in order to dissolve, proving to be a cumbersome method for spiking drinks.

Palcohol also takes up more space than liquid alcohol, making it a less likely form of teen contraband. The product’s advantage comes from its light weight. Phillips created Palcohol because he wanted to cap off his hiking and camping trips with a cocktail without the burden of bottles. Bars in Hawaii have expressed interest in Palcohol to save on shipping costs. Airlines believe carrying powdered alcohol instead of liquid may save on fuel costs.

Phillips admits some of the “edgy language” on the Palcohol website may have attracted criticism. “How is it made? If we told you, we’d have to shoot you,” states the website.

As Phillips refines his message (his video touts the “money saving, maybe life saving applications for powdered alcohol”), Palcohol’s fate is now in the hands of regulators.

To Sen. Schumer, the risks are already clear. “We’re sitting on a powder keg,” he said in a statement.