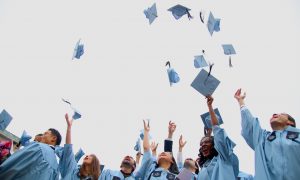 What Do You Want (Really, Really Want) Out of Your College Education?
0
Share Now
TelegramFacebookTweetEmailTellMeWeReddit
Copy Link 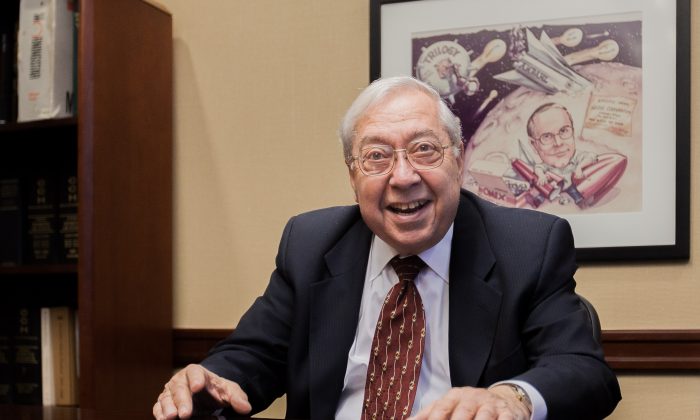 Harry Edelson at his office on the Upper West Side in New York on Nov 21, 2013. (Petr Svab/Epoch Times)
Arts & Culture

If only life was as easy for us as it is for Harry Edelson. He says he is always happy and always has been, whether during his poor childhood growing up in Brooklyn or during his heydays as a successful Wall Streeter.

The good news is that Harry is sharing all his secrets with the rest of us in his new book “Positivity.”

“I have learned that material things do not provide happiness, but that the proper frame of mind does,” he writes. That’s why he was happy as he grew up in Brooklyn as the son of poor Russian immigrants, playing punchball with his friends on the street.

Although he attributes some of his propensity to stay positive to his genes, he says he learned to control his thoughts at an early age. He also advises us to get smarter, healthier, and wealthier, but staying positive is really the core message of the book:

“Take control of your senses, determine to be happy, and develop a frame of mind that will make you and all those around you happy. It is within your control.”

So don’t complain about any kind of circumstances, but rather focus on positives and solutions to problems.

The other important factor in Edelson’s recipe for a successful and happy life is hard work and education. “I have found the harder you work, the luckier you seem to be.”

And hard work also means continuously educating yourself. A game changer in Harry’s life was when he got admitted to Brooklyn Technical High School which set him off on a path to earn degrees from Brooklyn College, New York University, as well as the Cornell Graduate School of Electrical Engineering.

But Edelson says it’s not enough to just learn what’s on the curriculum. His essential “bag of tricks” includes speed reading, special memory techniques or mnemonics, and speed math.

“The lesson I learned was not only that I could read fast, but that my brain could be pushed to operate at a higher level.” Edelson now reads about 4000 words per minute if he has to and says he never has a backlog—and that despite having to review tons of legal and financial documents for this work as a venture capitalist.

The next basic talent of the human brain Edelson thinks needs to be developed is mental speed math. “Your brain can be as fast as any computer and can certainly operate faster than pencil and paper on a calculator.”

The benefit: Save the time to start up the calculator app and even do advanced calculations in your head.

The third essential is memory techniques, also called mnemonics. “Once you open your mind to learning new things you will be amazed at the expansion of your thought process.”

Edelson goes into some examples of each of the above mentioned techniques and recommends some further reading. The point of all of it though is an expanded use of the brain, a higher level of competitiveness, and an increased ability for continuous learning—all important factors of being happy.

Be Healthy and Prosperous

Of course, being happy is hard if you are ill. So Edelson gives us a few nuggets of wisdom on how to be healthy as well. Again, he thinks the key lies within the human mind.

“Quite simply, the main reason for my good fortune is positive thinking, since I am neither an exercise addict nor a health food devotee,” says Edelson, who at age 82 has never missed a day of school or work in his entire life because of illness.

He writes at length about the placebo effect or how just thinking of being cured by a drug actually cures you almost as much as the drug itself. “If you are smart, you will take advantage of the placebo effect every day of your life,” he writes but cautions that doctor’s orders should be followed after double-checking the diagnosis and he does recommend a healthy diet and moderate exercise.

Edelson argues that material wealth is not critical for achieving happiness, but not being poor certainly makes it easier. So Edelson rounds up his advice by telling readers how to be disciplined with their spending, improve their education to get better jobs, and also how to invest wisely.

At the end of the day, this exercise is not in order to become rich (Edelson himself returned millions in fees he charged investors) but to create value for others—and be happy.

“Do good deeds for others because not only will it make others happy—it will also make you happier.”