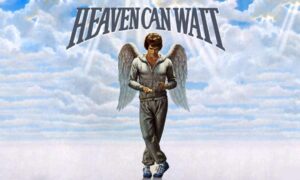 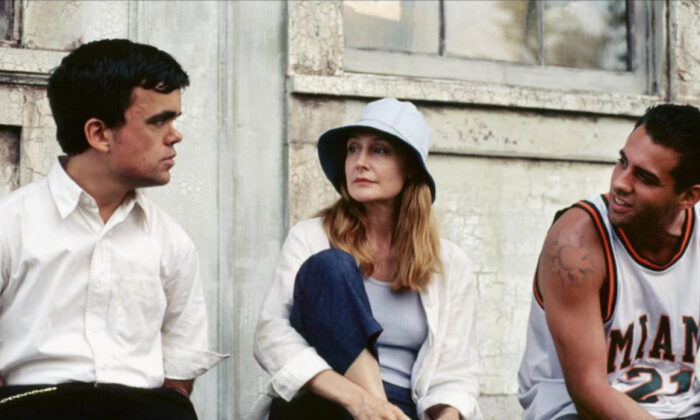 After well over a decade of showing up as an extra in TV shows such as “Spin City,” “Law & Order: SVU,” “Ally McBeal,” and “Boston Public,” actor Tom McCarthy (without any prior experience doing so) was given a shot at writing and directing his first feature film.

Given the success of its art-house productions with general audiences since the early 1990s, Miramax Studios had little to lose by giving McCarthy a paltry $500,000 to make his quaint little movie. With longtime indie darling Patricia Clarkson positioned as the principal female draw, Miramax was practically guaranteed to at least break even. This in turn permitted McCarthy the chance to cast the promising yet largely unknown actors Peter Dinklage and Bobby Cannavale as the male leads.

Finbar (“Fin”) McBride (Dinklage) is a single man with no family living in Hoboken, New Jersey, who works for his only friend, Henry (Paul Benjamin), at a model train store. While not an issue for him personally, Fin’s dwarfism makes him a curio wherever he goes. Whether it is through pointed insults, awkward gawking, or strangers viewing him as little more than a child, Fin has had his fill of grief long before the movie starts.

After Henry’s unexpected death, the store closes. However, Fin is willed a piece of property by his friend in nearby Newfoundland that includes an abandoned train station; Fin soon takes up residence. It’s essentially in the middle of nowhere and inordinately small—features that make it all the more appealing to Fin. He can now go from loner to hermit and never have to hear any further commentary regarding his appearance.

Fin’s idyllic situation doesn’t last long. Mobile snack and coffee shop operator Joe (Cannavale) parks next to the station, which is odd since there is zero foot traffic. As it turns out, Joe is only doing this as a favor for his convalescing father and would appear to want as little actual responsibility as possible. As gregarious as Fin is withdrawn, Joe is a life-of-the-party type who is oblivious to everything going on around him and can’t get the hint that Fin wishes to be left alone.

Falling somewhere in the middle personality-wise between Fin and Joe is Olivia (Clarkson), an artist of some sort battling depression in the wake of the death of her young son two years before. Adding to Olivia’s woes is a lack of professional drive and a crumbling marriage to the estranged David (John Slattery). We get the impression that Olivia desires human contact, but she is just beginning a long healing process.

Fin soon crosses paths with two more females, each of whom largely ignores his physical stature and connects with him on personal levels. Cleo (Raven Goodwin) is an elementary school student who shares Fin’s obsession with trains and views him as something of a sagely mentor. And, had local librarian Emily (Michelle Williams) not been recently spurned by her dirtbag boyfriend, it’s unlikely that she would have much interest in Fin, but his unassuming and nonjudgmental air makes him an ideal sounding board.

Never in his life has Fin had this much social interaction, and ever so slowly, he starts to dismantle the metaphorical safeguards protecting his psyche. This attention comes from four individuals who don’t view him as a dwarf but merely one of them, and this makes his transition all the easier—at least initially.

The most striking facet of McCarthy’s movie is its untraditional treatment and approach to romance and isolation. If there is going to be any kind of sexuality thrown into the mix, it’s going to take place organically and not as part of a narrative checklist.

All five of the principals are damaged in some form or fashion, and McCarthy’s various solutions for each lies beyond the typical movie tropes. There are no easy answers to life’s hurdles, but, as he suggests, the path to personal growth becomes far more attainable through continued interaction with one’s fellow man. It’s not a grabber in the cinematic sense, but it will strike a chord with audiences finding themselves in the same emotional boat.

From the Maker of ‘The Visitor,’ ‘Win Win,’ and ‘Spotlight’

Taking in over 15 times its budget at the box office, “The Station Agent” also won a slew of awards from high-profile festivals and regional critics’ associations (mostly for McCarthy, Dinklage, and Clarkson) and topped many critics’ year-end 2003 Top 10 lists (including mine).

After winning the BAFTA award for Best Original Screenplay, McCarthy delivered the similarly life-affirming “The Visitor” (2007) and “Win Win” (2011) on his way to capturing another BAFTA and Best Screenplay Oscar for “Spotlight” (2015), which also claimed the Academy Award for Best Picture.

If you’re in the market for a human-interest story that earns its uplifting and inspiration tags through deft, expert writing, and superb character development without beating you over the head with clichés and stereotypes, you’re not likely to find a better example than “The Station Agent.”