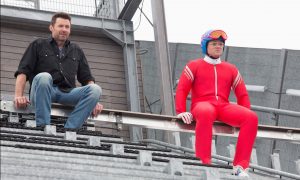 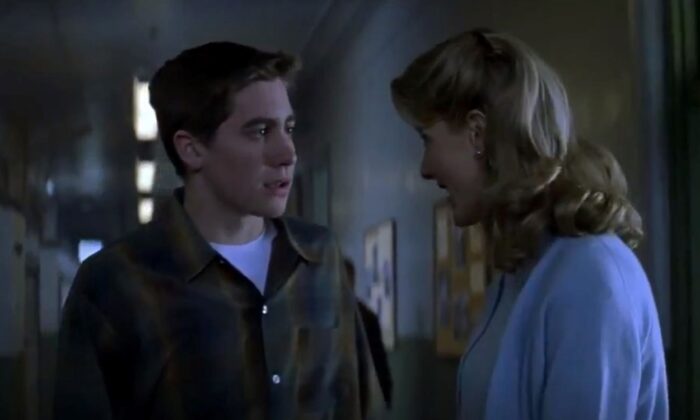 Popcorn and Inspiration: ‘October Sky’: Don’t Give Up on Your Lofty Dreams Says Heartwarming Biopic

I was hesitant to watch what I’d assumed was going to be yet another feel-good film that would prove smarmy and inauthentic. Luckily, director Joe Johnston’s “October Sky” was the perfect antidote for my cinematic pessimism. Unlike many of the genre’s films, it transcends clichés due to powerful performances, a gritty atmosphere, and great storytelling.

Based on the memoirs of scientist Homer Hadley Hickam Jr. from his 1998 book “Rocket Boys” (which was adapted into a screenplay by Lewis Colick of “Ghosts of Mississippi” and “Ladder 49” fame), the film opens in the modest mining town of Coalwood, West Virginia. Here, besides the rare instance of earning a football scholarship, the only other future for young men is to work deep in the local mine where day-to-day survival is an unsure affair.

It’s the 1950s and the Russians recently launched Sputnik, the Earth’s first artificial satellite, which kicked off the “Space Age.” The satellite can be viewed at certain times of the night as it flies around the planet at incredible speeds.

One such evening, a teenager named Homer Hickam (Jake Gyllenhaal) catches a glimpse of Sputnik as it flies by in the night sky. He becomes fascinated by it and convinces his three young buddies, Quentin (Chris Owen), Roy Lee (William Lee Scott), and O’Dell (Chad Lindberg), to construct homemade rockets out of whatever materials they can assemble.

Whereas Homer’s older brother Jim (Scott Thomas) is a football star and the apple of his father’s eye, Homer’s obsession with rocketry raises the ire of his hardworking coal miner father, John (Chris Cooper). Their relationship isn’t helped by the fact that one of the boys’ rockets destroys part of their home’s white picket fence, and later flies into the main mining yard and nearly hits some of the employees.

Things between the father and son become so tense that one stormy night, John finds Homer’s rocket-building equipment in their cellar and tosses everything outside into the rain-soaked yard. This causes Homer and his friends to hike eight miles out of town where they discover a large, wide open plain that will be the perfect spot to launch future rockets. They erect a makeshift sign reading “Coalwood Missile Agency” and presume they’ll be far enough away from civilization so as not to be a nuisance any longer. Or will they?

Homer’s trajectory (pun intended) is clear: He wants to follow in the footsteps of the famous German-born American aerospace engineer and space architect Wernher von Braun. The main obstacle to this goal is Homer’s tough-yet-caring father, in what I could safely say is one of Chris Cooper’s finest performances. You really get the sense that John is trying to keep his family intact. The local mine is at risk of shutting down due to being overmined. And Homer does seem to have his head in the clouds with his lofty goals of becoming a future aerospace engineer.

In fact, besides his mother, Elsie (Natalie Canerday), and local toolmaker Ike Bykovsky (Elya Baskin), Homer’s only source of inspiration is one of his teachers, Miss Riley (Laura Dern), who recognizes the spark of genius in the young man.

The filmmakers faithfully re-created the mining town of Coalwood, and you can practically feel the omnipresent coal dust choking out any dreams that its inhabitants have for their futures.

As mentioned, Cooper gives a powerful and multifaceted performance as John, a man who is confused by his son’s unconventional aspirations. Jake Gyllenhaal and Laura Dern are likewise convincing as the single-minded youth, Homer, and his staunch supporter, Miss Riley.

“October Sky” is ultimately an inspiring and heartwarming biopic piece that feels genuine instead of manipulative. Its excellent direction and cast make each scene feel relevant and worthwhile. And since it doesn’t have any of the profanity or sex shenanigans associated with modern movies, it’s a joy to watch with the entire family.