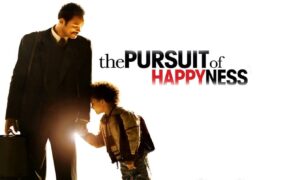 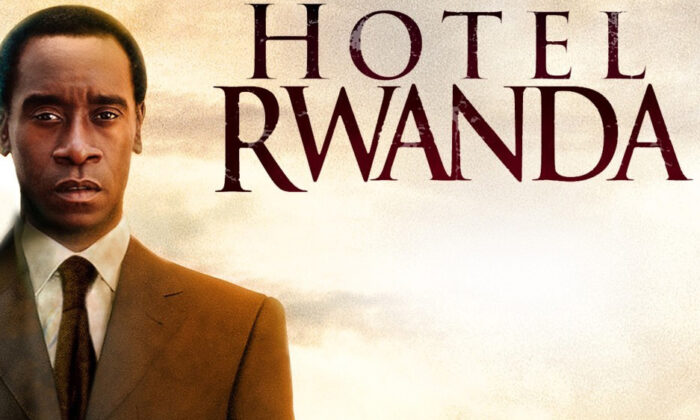 Popcorn and Inspiration: ‘Hotel Rwanda’: Keeping One’s Compassion in a Time of Genocide

I recently watched a tourism video that focused on the capital of Rwanda, a beautiful city called Kigali. One of the things that stood out to me was how immaculate it is—it reminded me of a quaint Japanese town. I knew about the 1994 genocide but had never seen director Terry George’s “Hotel Rwanda,” and felt a bit guilty about knowing so little about what went down in the tiny, land-locked country. The film not only shows what occurred back then, but it also manages to humanize many who were involved in that tumultuous period of the country’s history.

The film mainly focuses on Paul Rusesabagina (Don Cheadle), who manages the four-star Hôtel Des Mille Collines located in Kigali. From the outset of the film, Paul is portrayed as a wheeler-dealer who makes associations with some very influential people. And many of those relationships come in handy as the film progresses.

We hear on the radio that Rwanda’s president at the time, Juvénal Habyarimana, an ethnic Hutu, is killed when the plane he is traveling in explodes. Habyarimana’s death compels the extremists of his tribe to publicly blame the Tutsi, whom they refer to as despicable cockroaches. As the country further destabilizes, the United Nations intervenes but is soon rendered relatively worthless as it becomes paralyzed in bureaucratic red tape.

Paul is a Hutu man who is married to a Tutsi woman, Tatiana (Sophie Okonedo), so the stage is already set for high drama. As the Hutu extremists commence to commit genocide on the Tutsi people, Paul manages to utilize the many favors he is owed to house over 1,200 Tutsi refugees. At first, this mainly consists of families, but later in the film he also takes in children who have been orphaned as a result of the conflict. In doing so, he risks his own life.

However, as the chaos intensifies, Paul’s relationships with other main characters become frayed, especially when the hotel begins to run out of both money and resources, two things Paul used to garner support for his cause (along with bottles of pricey single malt Scotch).

The film definitely doesn’t flinch—the tragedy that people can inflict on one another is well-documented—but it doesn’t dwell on the misery for too long. There are also many examples of human selflessness, kindness, and compassion.

Director George doesn’t paint his characters as absolutes but rather, in many cases, as multidimensional people with their own hang-ups and idiosyncrasies.

Soon, all of the white people who were staying at the hotel are evacuated and we see how the society is stratified along racial lines. But what is remarkable to see is how loyal Paul is to his fellow countrymen (and women), no matter their tribal affiliation.

George has a knack for rousing drama and there are several scenes that can only be described as close calls, such as when Paul’s family is being evacuated via a U.N. convoy and is ambushed by a Hutu militia group. But due to the excellent performances by Cheadle, Okonedo, and the rest of the supporting cast, these scenes never feel emotionally manipulative.

Also, the movie isn’t as brutal as I thought it would be, with the violence playing out on-screen happening for reasons that are clearly explained, rather than sensationalizing wanton genocide.

“Hotel Rwanda” has an important message to get out, one that tells of a now little-remembered event in world history. It’s also an ultimately uplifting movie that we can all learn from, no matter what tribe we find ourselves in. My only regret is that I didn’t see it sooner.