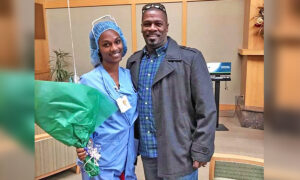 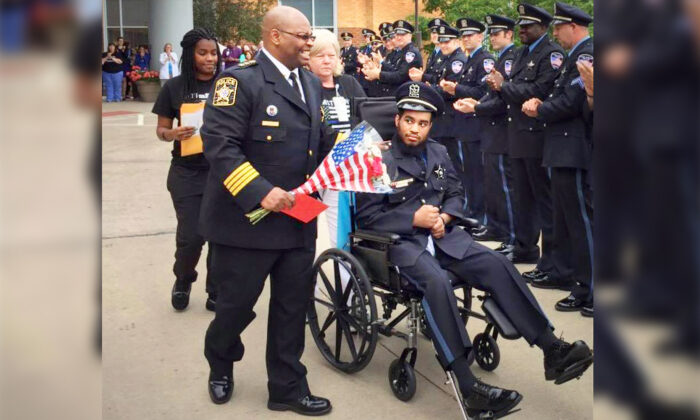 An Illinois police officer who sustained three gunshot wounds to the neck and jaw has since managed to fulfil a dream. Five years after the tragic incident, having suffered a traumatic brain injury, he has been honorarily promoted to the rank of detective.

Park Forest police officer Timothy Jones, 29, was new on the force when he was critically wounded during a shootout in March 2016. He was escorting an armed suspect into custody when shots were fired.

Doctors feared he wouldn’t survive his injuries, but miraculously, he pulled through.

According to Jones’s father William, former police chief of Country Club Hills, the promotion was his son’s goal “from day one.”

In a ceremony on March 15, the honorary title of detective was bestowed on the heroic law enforcement officer. Family and colleagues described him as a model of hope and inspiration.

Jones underwent multiple surgeries and rehabilitation since the shooting, with the hopes of rejoining the force one day. His colleagues have even saved his locker at the station and erected a street sign in his name, reports WGN9.

“If you were going to make a movie about a hero cop, it’d be Tim,” Park Forest police chief Christopher Mannino told Fox 32. “And you know, this isn’t Hollywood, this is real life and it has real consequences.

The determined rookie defied the odds and continues to improve every day.

Speaking to WBBM News Radio, Mannino claimed that Jones is thriving and enjoying life. “He’s working out, lifting weights, has a presence on social media,” he explained. “He far surpassed all expectations.”