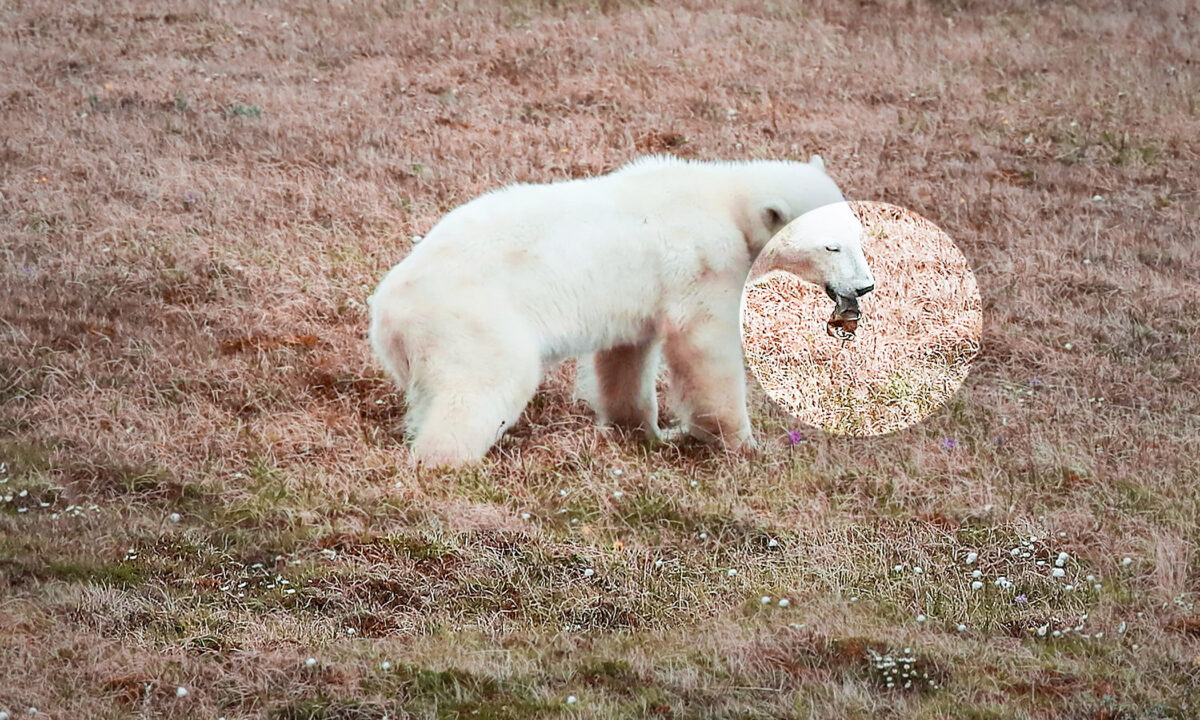 (Courtesy of Nornickel via Reuters)
Discovery

A polar bear roaming around an Arctic outpost in northern Russia has been rescued after getting its tongue caught in a can of condensed milk.

Residents of the remote settlement of Dikson sounded the alarm when the stricken 2-year-old female was seen wandering up to huts in the village on July 20.

A team from Moscow Zoo flew out to tranquilize the animal with a dart, remove the sharp metal from its mouth, and treat the cuts to its tongue.

“The next important stage is her recovery from the anesthesia. But our specialists will be nearby, watching the process,” said Svetlana Akulova, director general of Moscow Zoo.

“We hope that everything will be fine. We left some fish near the bear because she had been without food and water for quite a long time,” she said in remarks distributed by the zoo.

Mikhail Alshinetsky, a vet from the zoo, said the bear was thin and a little dehydrated, but its injuries were expected to heal.

This week, a team of Canadian and U.S. experts warned that hungry polar bears have been appearing more frequently at human waste dumps in search of food.

The scientists said human trash poses an emerging threat to vulnerable polar bear populations as the animals become more reliant on landfills near northern communities in places such as Russia, Canada, and Alaska.

(Courtesy of Nornickel via Reuters)