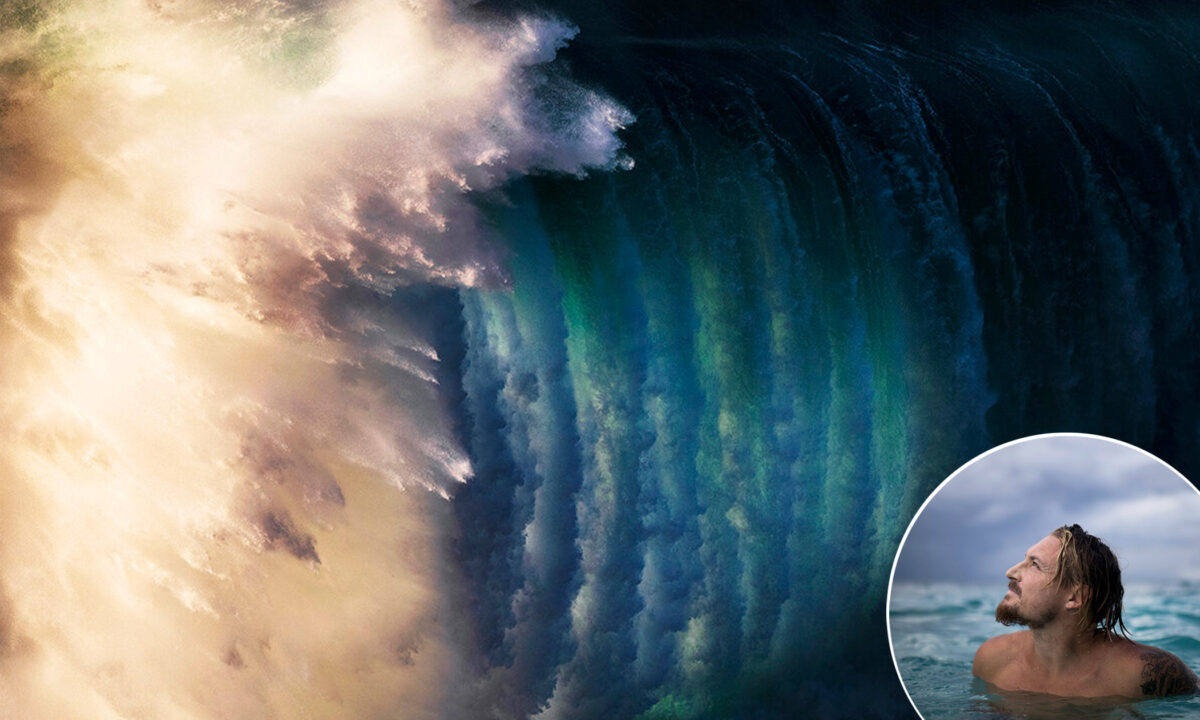 PHOTOS: Photographer Captures Ocean in Its Many Moods: ‘The Luckiest Person in the World’

'The ocean is a living, breathing subject and I treat it that way,' says the photographer
BY Anna Mason TIMESeptember 18, 2022 PRINT

These jaw-dropping images of ocean waves reveal the true majesty of nature. But behind the glorious shots is a human story of suffering transformed into joy, told by none other than the genius who took them, ocean photographer Ray Collins.

“The ocean is all I’ve ever known. I learned many of life’s lessons from the sea—lessons of patience, humility, respect, and how to ‘go with the flow,’” Collins, from Thirroul in New South Wales, Australia, told The Epoch Times. “We only get one shot at this beautiful gift of life, so don’t keep putting it off. Change is hard, but if it is for self improvement, it’s always worth it.”

Talking about what led him to ocean photography, Collins recalled a fateful day, which turned out to be a blessing in disguise. He was working in an underground coal mine in 2007 when he injured his knee. Over half a mile down, approximately 20 miles in through a series of dark tunnels, he could not have been further from the beauty of the open sea.

“Lying on the floor, in the mud, miles away from anyone, was one of the lowest points of my life,” said Collins, who’s published his work in two coffee-table books, “Found At Sea” and “Water & Light.”

The accident resulted in him being taken out by special ambulance and operated on, leaving him with a lot of time on his hands. “I couldn’t walk or drive for weeks and needed to stay engaged, so I bought a camera,” he said. “I had no idea what any of the dials and buttons meant, but it looked professional, so I bought it.”

And the rest is history.

Collins dedicated himself to learning the craft using his faithful dog as a subject. As his rehab progressed, his doctor suggested swimming. Having grown up spending every day at the beach, the budding photographer was thrilled to be able to go back in the water.

With his newfound friend—an underwater housing camera—Collins began taking photos of his friends surfing. It all felt really familiar, he said, and within the space of a few months, his images were featuring in surfing magazines around the world.

The sheer grandeur of Collins’s work signifies the way the former miner views the ocean.

“The ocean is a living, breathing subject, and I treat it that way, like I’m taking portraits of it in its many moods,” Collins said.

Often, those moods are potentially dangerous.

Collins frequently ventures out at the golden hour in photography, the brief window of time right after sunrise, or just before sunset. This means he’s swimming out in the dark most mornings, waiting for the sun to come up.

“A lot of the waves I document aren’t found at your typical user friendly beaches,” he said. “Often, I have to scale down cliffs or swim way out in the middle of nowhere to find these weird and angry lumps of water breaking.”

What he’s searching for are shallow reefs surrounded by deep water. That way, the wave traveling stands up suddenly in reaction to the shallow reef. Positioning himself there, Collins captures his magical shots. Water and light are the two essential ingredients that make his images so special, alongside texture, composition, and contrast.

To find them, Collins walks a fine line between order and chaos. “Miscalculations on positioning are often frightening. My studio is crashing down around me, and pulling me backwards and forwards,” he said.

Collins is colorblind, and it’s incredible to think he operates as a visual artist this way; his theory is that the deficiency has “potentially enhanced” other parts of his vision, helping make his photography unique.

The way Collins spends his days now is totally at odds with his previous existence. Journeying around the world, up close and personal with one of Mother Nature’s most awesome expressions, has given him a life he could never have dreamed of. Collins regularly shares his work on Instagram and Facebook, and also distributes fine art prints to a global clientele.

“If I told young Ray that this would be his life, I wouldn’t even have been able to fathom the concept—there were no job applications for this,” he said. “I have to pinch myself to remind me that this is real.”

For this creative artist, being in nature is a vital to living a fulfilled life.

He said: “Just being there, hearing and feeling the power and majesty of what’s taking place all around, I really feel like the luckiest person in the world sometimes. Sometimes, I hoot and scream at the top of my lungs, with not another soul in sight.”

It’s the moments he misses that keep him coming back for more. He said it’s of course challenging to constantly create, as at times, doubt creeps in and there’s that internal monologue, or there’s the stories that we keep telling ourselves. “It’s rewarding, but it’s hard,” he said.

“Embrace all of who you are, because your unique experiences and circumstances are what set you apart from everyone else. Don’t worry about impressing strangers who have no bearing on your life. If you’re unhappy with where you’re at in some area, you can change it.”

Check out more of Ray Collins’s work below. Enjoy!