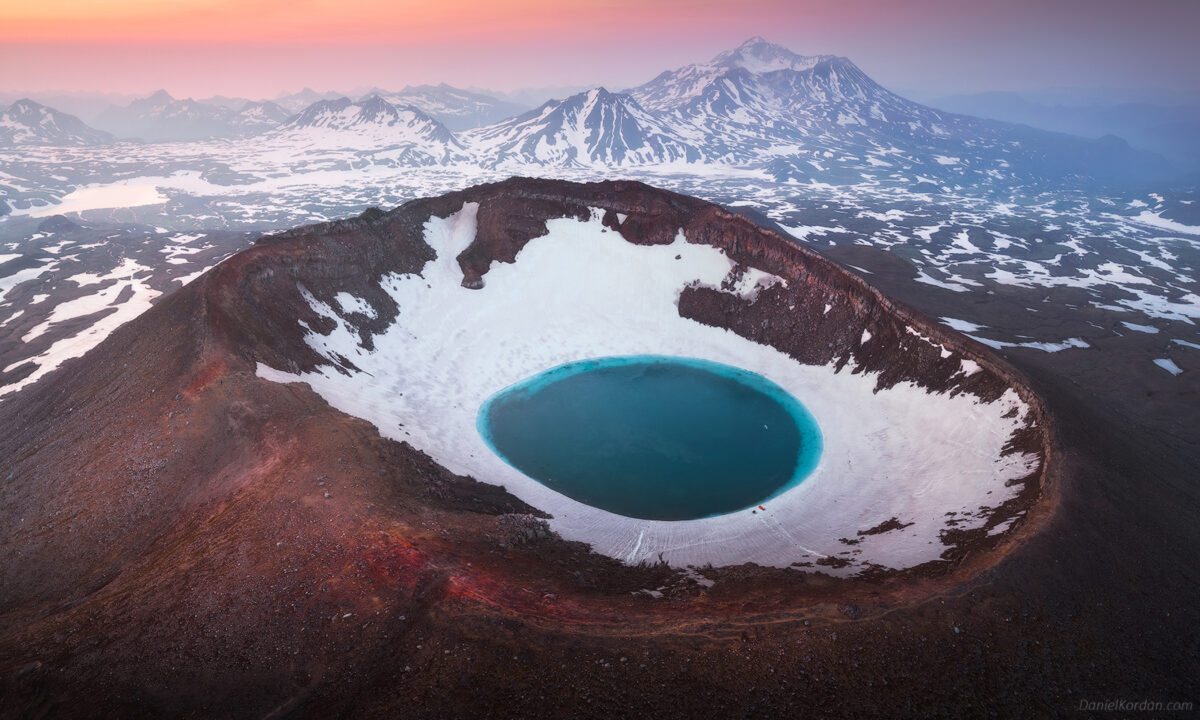 PHOTOS: ‘Between Fire and Ice,’ the Incredible Volcanoes and Ice Caves of Kamchatka, Far East Russia

At first glance, it may look like a computer-generated scenery from a fantasy film, but the Kamchatka Peninsula in the Russian Far East is a living, breathing, erupting landscape as real as the day is long.

The 777-mile-long peninsula, spanning from the Pacific Ocean on its east coast to the Sea of Okhotsk on the west, is a magical land of conflicting landscapes. Red hot roaring volcanoes tower over labyrinthine ice caves, glistening lakes lay beneath vast starry skies, and the entire spectacle is a sight to behold.

Daniel Kordan is a landscape photographer based in Bali. He has visited Kamchatka multiple times to capture its beauty on camera. In a photo series of the region bathed in the rich colors of nature’s bounty, Kordan describes “beautiful Kamchatka” as “a land of pure wilderness and volcanoes.”

In January 2021, Kordan extended a visit to include the Kamchatka ice caves. Sharing the photos on Facebook, he wrote, “It is hard to imagine, but these caves are located just next to the active volcano Mutnovskiy. So you are literally trapped between fire and ice, wandering these countless glacier corridors.”

The peninsula is covered in snow from October to late May each year because of the cold arctic winds from Siberia. At other times of the year, they play host to undulating fields of flowering rhododendrons.

The Kamchatka river is bordered by volcanic belts made up of around 160 volcanoes, 29 of which are still active. At 15,584 feet, Klyuchevskaya Sopka is the highest volcano and the largest active volcano in the Northern Hemisphere and has been almost continuously active since its first recorded eruption in 1697.

Kordan has been so impressed by the Kamchatka region that he now organizes guided tours for other photographers. His “Land of Giants” tour, led by expert guide Anton Agarkov, includes a tour of the volcanoes; off-roading with experienced drivers; cooking over hot Tolbachik lava; meeting local wildlife, such as foxes and bears; and hiking trails through former lava fields.

Many netizens have expressed their love for Kordan’s stunning photos, with comments such as, “Nature sees you coming, and puts on the best makeup to let you do the best shots!” and “You just took me on a journey with this carousel, I felt like I was there.”

Kordan shares his work on his website and on Instagram, and has 1.8 million followers on the latter platform alone.

Below are some more amazing pictures from the region: