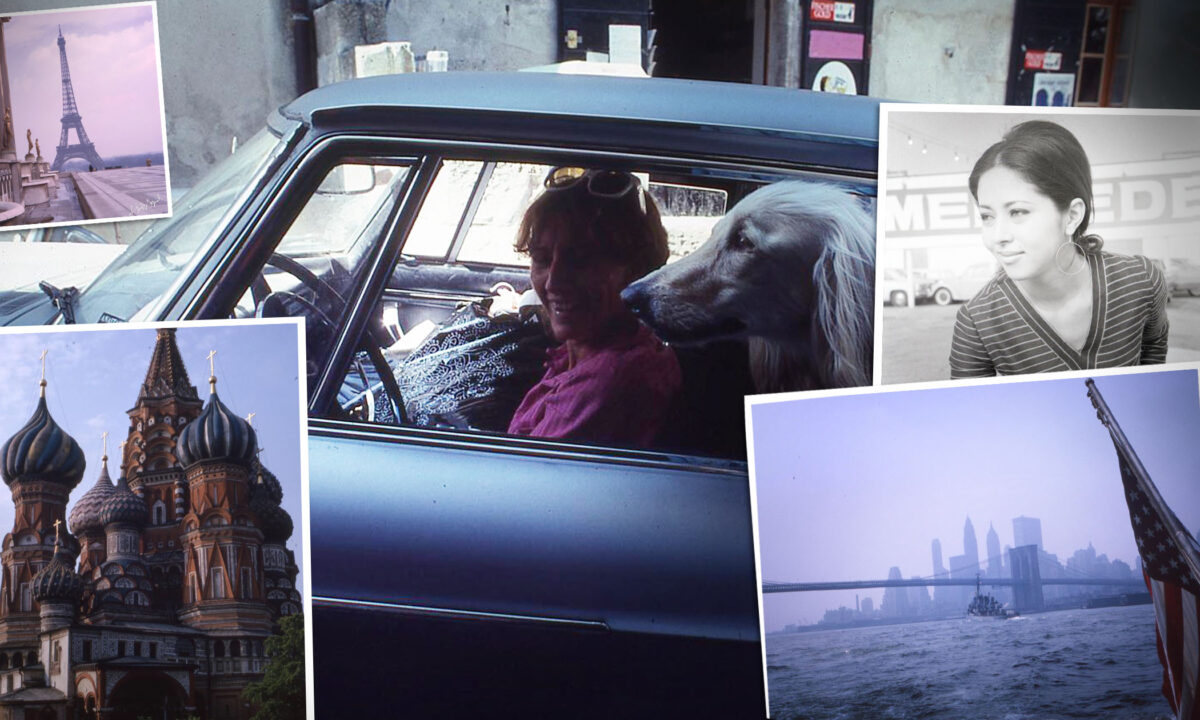 Rummaging through Herb’s closet, it becomes pretty clear: this man once owned a camera store.

From that closet, Charlie Mackenbach, Herb’s grandson, exhumed case after case filled with tens of thousands of 35-millimeter film transparencies, each neatly packaged in a slide frame that fits in the palm of a hand.

Herb had passed away. The family was cleaning the house, as grandma now had to move into assisted living.

Charlie didn’t know much about grandpa Herb, except that he was born in New York, served in World War II as an aerial photographer, and later owned Riviera Camera Store in Redondo Beach, near Charlie’s home in South Los Angeles.

A eulogy at Herb’s funeral also hinted that he had a redemptive character. Charlie, 22, told The Epoch Times about that—it harks back to that camera store.

“Herb’s shop was known at the time for where you’d go to get all the good lenses, good bodies,” he said. “It was just where all the high schoolers would go to get their stuff. It was kind of a hip place to hang out.

“So, this guy and his friends were kind of known for being a rambunctious group—you might say that. And they went over to the camera store, and when Herb or any of the employees weren’t looking, they stole a really expensive contact lens, and we’re talking about multiple thousand dollars at the time.

“They just put it in their pocket and left. And when Herb was going through the inventory later, he saw that this one was missing, and got through his mind, ‘Oh, I wonder who could’ve taken this.’ And sure enough, the reputation of this guy and his friends—[Herb] put two and two together and called up this guy and said, ‘You know, I know you took this lens, I don’t want to press charges or anything. Just come bring the lens back.’

“So, this guy went to his friend’s house and picked up the lens that he stole and brought it back to Herb. And Herb just said, ‘You know, I forgive you, and I understand what it’s like to want something so badly and not be able to afford it.’

“That same guy is now 57 years old … this guy at Herb’s funeral, he got up and told that story, and said at that day, he learned about forgiveness. … Herb was a very loving guy and had so many friends. And that was just one of many stories that came out. Hopefully the images tell a somewhat similar story.”

Herb snapped 50,000–60,000 slides during his extensive career—from war time, taking aerial shots of bombed-out cities and pictures for generals; to traveling the world, through Europe and India teaching photography; eventually publishing his own photography book. His impressive archive stretches back some 80 years.

Curiosity piqued; Charlie dove in, dusted with pressurized air, restored with isopropanol, and repackaged with new slide casings. Scanning and digitizing each shot—scratches, film burns, and all—he shared them on Instagram. The nostalgic scenes went viral.

“I thought people need to see it. A lot of people would appreciate it, and turned out they did,” said Charlie. “It just kind of took off. The response has been amazing. And I’ve gotten so many messages from people saying, ‘Oh, wow, this inspired me to do the same!’”

Few of the vintage pictures’ backstories survive, as loved ones weren’t present when Herb took them.

They bespeak of less-self-conscious times, before the narcissisms of smartphones, selfies, and Instagram. People were less paranoid of their mugs being trafficked on the deep web, said Charlie. In those years, a portrait was an honor.

“One of the main things that stood out to me is how willing people were to get their photo taken,” said Charlie. “So [Herb] has all these amazing images of people acting normal, and just in all their glory.”

Would that we could transport ourselves back! But Herb’s pictures—little portals into the past—might be the next best thing.