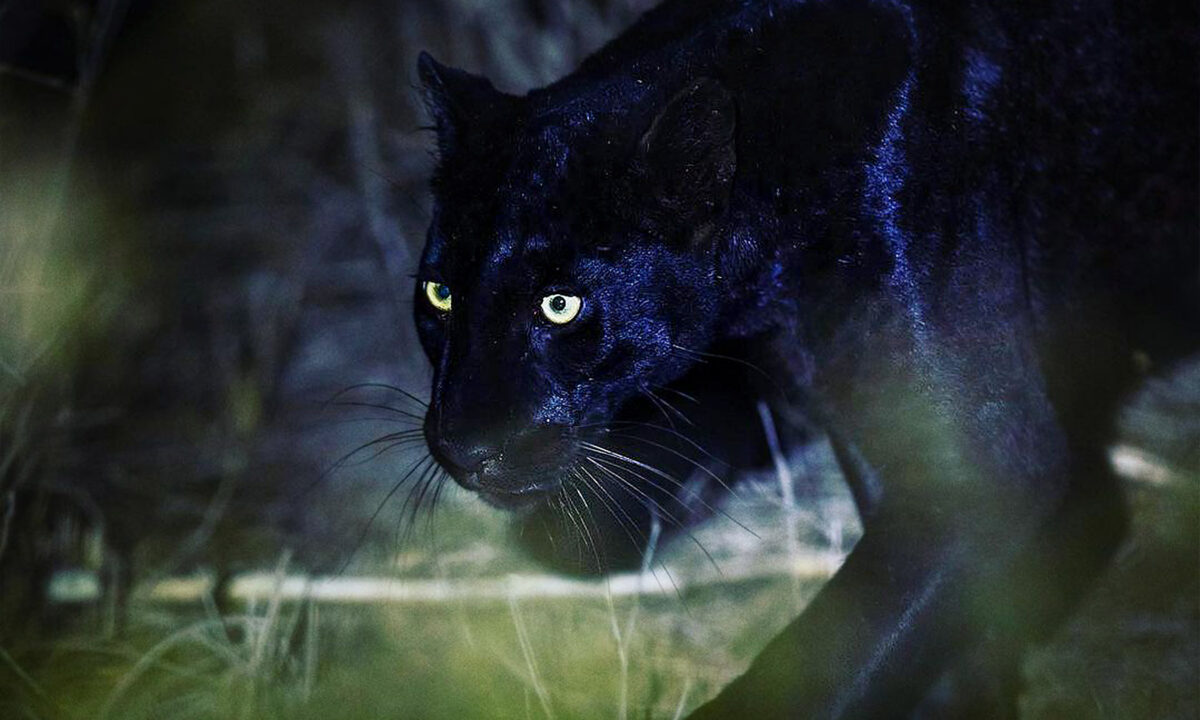 A South African wildlife guide with a lifelong love of black leopards has realized his dream of seeing the “biggest species on his bucket list” for the very first time. His stunning close-up photos will leave you breathless.

Nick Kleer, 34, lives a nomadic lifestyle mainly as a wildlife guide on safari in South Africa or photographing wild animals with the aim of sharing his passion with the world.

After months of planning, Kleer traveled to a region of northern Kenya in March 2022. After several weeks spent searching a vast area, he finally laid eyes on the elusive black leopard. With immense respect for the big cats’ natural habitat, with help from locals, he safely snapped a series of photos.

“The feeling of first laying eyes on this cat remains the highlight of my entire career,” Kleer told The Epoch Times. “I have wanted to see a black leopard my entire life, inspired by the black panther in the ‘Jungle Book’ story. … People often speak of black panthers; in fact, they are referring to either a black leopard or black jaguar.”

Fortunately, prior sightings and regional research using camera traps pointed to the most likely spots for a black leopard sighting. During the course of his trip, Kleer saw three.

“I was in a region of Kenya where the Samburu tribe lives,” he explained. “For the most part, the people of this region are cattle, sheep, and camel herders. I stayed at various locations in this district in my search for these cats, and had assistance through local guides and from speaking to local researchers and shepherds.”

Black leopards and jaguars are rare, Kleer says. Their dark coloration owes to an over-production of melanin; for this to happen in a cub, both its mother and father must carry the gene.

“Spotlighting has to be done in a way so as not to disturb the animals’ natural nightly activities,” he said. “If the animal is on the hunt, for example, we go ‘lights down.’

“Opportunities are normally brief. Luckily, I have been photographing for a number of years, so I am able to quickly get the right settings to capture the shots I’m after.”

Kleer, who shares his big feline photos on Instagram, said the sightings left him “speechless.”

He’s had years to hone his craft. Growing up in South Africa, he often visited game reserves, where he first started photographing animals around age 11. He turned pro after becoming a wildlife guide 13 years ago.

Kleer said: “I have always been particularly interested in big cats, but my love extends to all species. … I believe that through photography and videography I can spread love for wildlife to all corners of the globe.”

The photographer, who thinks travel is the very best thing one can spend time or money on, has traversed the globe taking photos. While he can’t bear to choose a “favorite destination,” places he’s visited include South Africa, Botswana, Namibia, Mozambique, Kenya, Tanzania, the Republic of Congo, Brazil, India, and Alaska.

Kleer has snapped numerous species in different wildlife hotspots along the way.

“One of my recent highlights would be the grizzly bears in Alaska,” he shared. “They are only photographable for the summer months, as they hibernate through winter and can be seen feeding on sedge grasses and berries or hunting fish.

“It is truly spectacular being up close, on foot, with these wonderful animals, as they are massive and have very interesting social interactions with one another. I look forward to returning there in the near future.”

The more people engage with nature, the better the chances that wild areas will be preserved for the benefit of everyone and all future generations, he said.

“I encourage all readers to get out into nature and spend as much time as possible in forests, around the ocean, near streams, and with animals,” he added. “I cannot explain how good it is for your soul, and wellbeing in general, to spend time out in nature.”