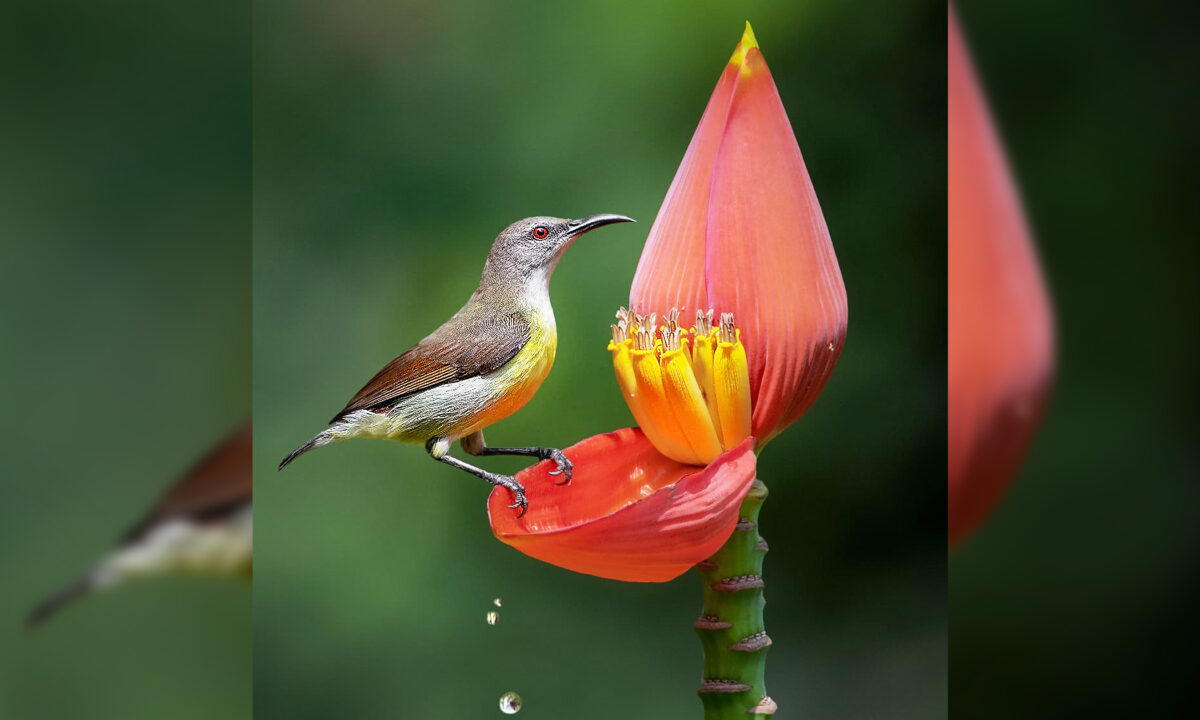 Indian photographer Rajkumar Lahiri, 25, from Kolkata, was on a mission to capture on camera what has been highly coveted by bird photographers in the region of West Bengal of late.

Several avid avian snapping locals have managed to win, or place highly in, prestigious international bird photography competitions for capturing one peculiar yet beautiful behavior of the nectar drinking sunbird; that is, taking luxurious baths in banana flower petals.

Sound strange? Perhaps. But the breathtaking photos—and awards—speak for themselves. In the last year alone, Mousam Ray picked up the Bird Photographer Of the Year’s Best Bird Behavior award for his “Floral Bather;” while Rahul Singh won Grand Prize in Nature’s Best Photography Asia for his own shot of a female sunbird bather. And Rajkumar, an avid bird photographer since he first picked up his DSLR in 2017, had his sights on precisely that fantastical scene.

His fellow wildlife photographer friend Pikasu Bose recently spotted a male purple-rumped sunbird (distinguished by its spectacular bright-green metallic crown and lemon-yellow underbelly) in his garden, where a few banana flowers flourished, and Rajkumar would later thank him for the opportunity it afforded him.

So, on a balmy November day, Rajkumar paid Bose a visit, which he described to The Epoch Times: “There were only three flowers and at the starting of the day there were no activities of the birds. And the place where I was taking these shots was full of mosquitoes, it was tough to [be] sitting at that place but patience paid off. At late afternoon, the birds came in the flower and I got a chance to click this beautiful photo.”

Below are a few of the fashionable sunbird pictures Rajkumar took, which he titled “Nectar Hunter,” along with some of his other avian photography. Although they have yet to win an international photo competition, he and Bose, who also managed a few snaps of the bathing sunbird, with these photos now under their belt, are well on their way to achieving bird photography fame. 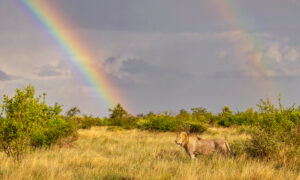 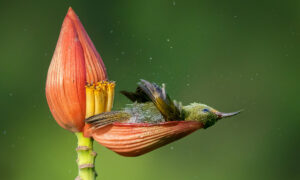 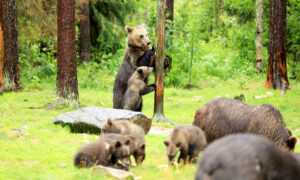 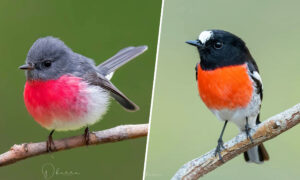