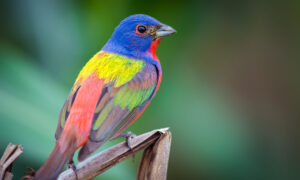 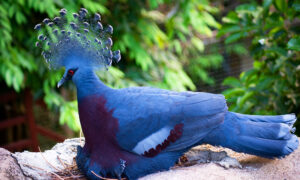 The Victoria Crowned Pigeon Is the Largest, Most Beautiful Pigeon in the World
0 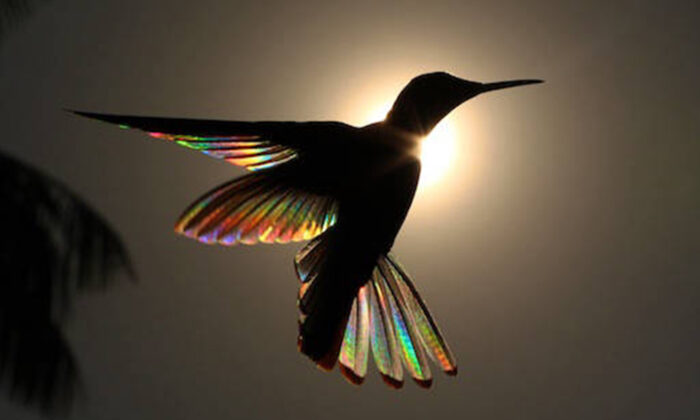 When professional artist and photographer Christian Spencer saw a black Jacobin hummingbird flitting near his verandah in Rio de Janeiro, he was stunned to see a magical rainbow shining through its wings.

However, the array of beautiful colors wasn’t the result of weather conditions; rather, it was created when the light of the sun diffracted through the wings creating an incredible prism effect.

The recording of the movements of these fast-flying birds that Spencer took was featured in a 2011 award-winning short film titled “The Dance of Time,” documenting the incredible biodiversity of Brazil’s rainforests.

Then a few years later, the Australian-born photographer, who has been spending long periods of time in Brazil since 2001, decided to photograph this visual phenomenon with his camera and was delighted to see the prism effect.

Explaining the resulting bewildering image called “Winged Prism,” Spencer wrote on his website, “[t]he photo captures the exact moment in which the sunlight penetrates the wings of a Black and white Jacobin hummingbird revealing a secret of nature that cannot be seen with our eyes.”

The black Jacobin hummingbird—Latin name Florisuga fusca—has a black body with distinctive whitetails. The most impressive feature is its wingtips, which look brown until the sun shines through them and creates a beautiful rainbow-like effect.

Spencer credits these incredible birds for the stunning effect. “There is no special technique,” he told My Modern Met, “just diffraction of light through the wings of this special hummingbird.”

Unsurprisingly, the impressive display of colors he found in the wings and the tail of these large (by their species’ standards) hummingbirds haven’t gone unnoticed. The photos have become known around the world.

The “Winged Prism” even won a prize at the Museum of Modern Art of Resende in Rio de Janeiro. Meanwhile, another image, titled “Rainbow Ballet,” won a gold at The Tokyo International Foto Awards in 2019.

Alluding to the fascinating images, Spencer confirms they aren’t digitally manipulated and are actually real. “Nobody ever could have ever dreamed that this was a reality,” Spencer told My Modern Met.

He further added, “I receive emails every day from people across the world touched by these images.”

On his Instagram account too, social media users who have come across these images have been charmed by the magnificent sight.

One of them wrote, “The MOST spectacular photo I’ve ever seen what an absolute privilege to witness just breathtaking.”

While another chimed in: “Love this beautiful little creature thank you for sharing your magic with the rest of the world and making Facebook and Instagram worth watching.”

These hummingbirds, which can be commonly found across Brazil’s Atlantic forests, extending into eastern Paraguay and northeastern Argentina, aren’t just known for this prism effect that makes these petite birds look like tiny rainbows in the sky.

Scientists have discovered that the black Jacobin hummingbirds have a unique feature, which is to be able to vocalize at a higher pitch than any other known species of bird.

An article published in the journal Current Biology “suggests that black Jacobins either have an atypically high frequency hearing range, or alternatively their primary vocalization has a yet unknown function unrelated to vocal communication.”

Whatever the unsolved mystery of the hummingbird’s incredibly high-pitched sounds, the illuminated wings have continued to inspire Spencer and thousands around the world. His breathtaking images are also available as fine art prints on his website.

Check out the rest of the images below: