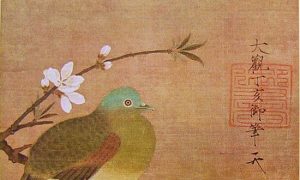 The Art of China's Bird-Flower Painting Through the Dynasties
0 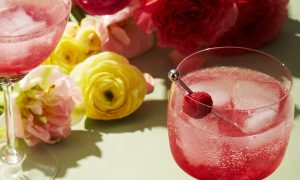 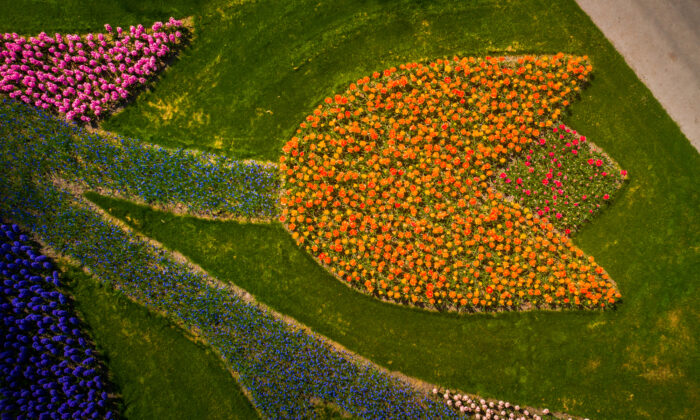 As millions of people the world over are stuck at home to curb the spread of the CCP virus, one landscape photographer from the Netherlands had the opportunity of a lifetime. Albert Dros got to capture the beauty of the famous Keukenhof, known as the world’s most beautiful flower garden, as it remains closed for the first time in 71 years.

On April 27, 2020, Dros made a private trip in the midst of a springtime explosion of colors to one of the world’s largest flower gardens after obtaining permission from Keukenhof in Holland.

“It was just a magical experience. Having no people in the park allowed me to photograph paths and angles in a certain way that you normally don’t get to see because of the crowds,” Dros wrote on his website.

The incredible photos depict the dedication of the passionate employees and partners at Keukenhof who spend a year preparing the beautiful exhibit for visitors. So although this year has been “special,” Dros notes, “[E]ven without people, nature and the show of the garden goes on.”

Though Dros has traveled far and wide to places such as Antarctica and Kyrgyzstan in the pursuit of capturing spectacular landscapes, he describes himself as “a real Dutchman” who is “a big fan of our flowers.”

Springtime in the Netherlands always attracts huge crowds of Dutch people and international tourists to witness the bulbs turn into blooms.

However, on March 23, the Dutch government tightened up measures for public gatherings and events to curb the spread of the CCP (Chinese Communist Party) virus, commonly known as the novel coronavirus. Thus, the famed Keukenhof fell prey and had to remain closed for the first time in 71 years. However, for Dros, this situation became a once-in-a-lifetime opportunity.

Dros explained on his website: “I’ve been photographing the tulips since forever, mostly [in] the countryside. I photographed them from all angles you can possibly imagine, but there was one thing that I still wanted to capture one time in my life: Keukenhof without any other people.”

With the pandemic keeping people at home, Dros contacted Keukenhof to explain what he had in mind, and they agreed to allow him to photograph the gardens for a day.

This incredible opportunity just happened to coincide with some unusual climatic conditions. Dros noted that “we have experienced the sunniest April EVER in the Netherlands, making all the flowers pop very fast.”

While this meant that pretty much everything in the park was blooming, it also created some challenges from a photographic perspective to make sure that the colors weren’t washed out. “Photographing in broad daylight with the strong sun was a challenge,” Dros wrote.

However, once in the iconic gardens, Dros couldn’t help but be overwhelmed by the experience of communing with the beauty of nature. “Walking around there all alone, with only the sounds of birds and the incredible smell of all these flowers, is an experience by itself,” he emphasized.

Each year, Keukenhof opens for just eight weeks starting from March through May, combining the beautiful colors of the Netherlands’ national flower, the tulip, along with many other spring favorites and flowering trees.

The Keukenhof website notes that “The park’s focus is on the 7 million spring-flowering bulbs, which allow the 100 participating companies to show their living catalog.”

While this year has been a tragic one, Keukenhof has tried to share their 71st edition with the theme “A World Of Colours” with nature lovers around the world by remaining “virtually open.” In addition to allowing Dros to photograph the beauty, the park has also initiated video tours for fans around the world to get a glimpse of this special garden.

Below is a 4k drone video compilation of the Netherlands’ incredible tulip fields and windmills in spring from Dros’s previous works to inspire the self-isolator’s imagination. Even if you’re stuck inside, it’s still spring outside.