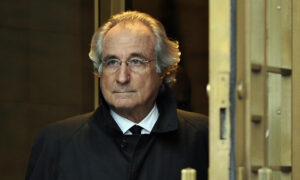 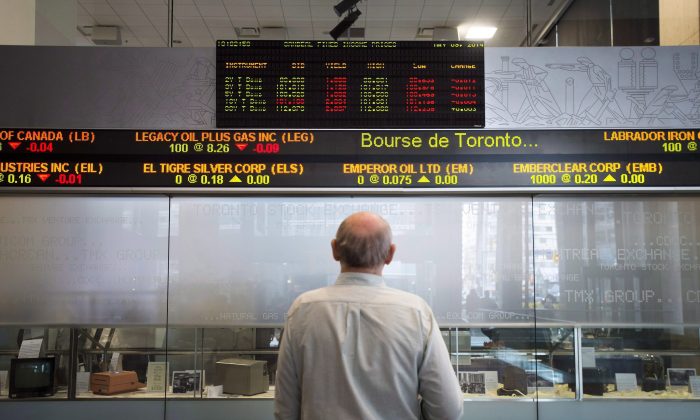 A man watches the financial markets at the TMX Group in Toronto's financial district in this file photo. (The Canadian Press/Darren Calabrese)
Investment

The debate between active and passive investing will probably never end, but the trend toward passively managed money is undeniable. Canada is behind the times but is catching up even as active strategies stage a recovery.

Traditionally, investing has been active—to select stocks that will outperform the market, as opposed to settling for the market return. The latter—passive investing—has plenty of research to back its superiority over the long haul and, relatively recently, has seen the development of technology that makes it easily implemented by inexperienced Canadian investors.

Studies have shown that active management may beat the market for short periods of time, but when considering additional fees and holding cash, the “boring” passive strategy of buy and hold ends up being the winner over the long term.

In Canada, just 8.14 percent of Canadian equity funds outperformed the benchmark Toronto Stock Exchange (TSX) index over the last 10 years, according to the Standard & Poor’s Spiva reports—the anointed scorekeepers of the active versus passive debate. As of the end of 2017, the average return for actively managed Canadian equity funds over the past decade was 3.86 percent versus 4.65 percent for the TSX.

In his report, Kerzérho calls the rise in passive funds and the tailing off in active funds a “significant transfer of wealth from the financial services industry to the end investor.” Assuming passive funds charge on average 1 percent lower fees, this means Canadians save $1.3 billion annually, according to Kerzérho.

He is a strong proponent of passive investing and has been studying it for over three decades. He also teaches finance at McGill University in Montreal.

Kerzérho said in a phone interview that investing in Canada is like a “status quo” due to a kind of resistance to change. Canada hasn’t had the benefit of a Vanguard in the United States that shook up the status quo and created the culture of passive investing.

This phenomenon may be due to the dominant position of the big banks in Canada’s investment landscape compared to the proliferation of smaller independent advisers in the United States, according to Kerzérho.

The big Canadian banks can be slow to change and innovate and provide passive management solutions. More nimble fintech firms, such as Wealthsimple, have been able to find opportunities to provide services that the big banks weren’t providing.

“Passive is a new thing and active was the traditional way,” Kerzérho said. “All the technology was not in place to offer passive solutions.”

“They [the United States] are way more advanced than we are.”

Active funds took it on the chin during the financial crisis, but the tide is turning positive. The strategy has been growing since 2014.

Hedge funds—active investing taken to the extreme—have fallen out of favour for underperformance and high fees. In 2016, for the first time since the financial crisis, more money was pulled out of hedge funds than was invested in them.

Hedge funds have also severely lagged the return on the S&P 500 since 2009 and have barely kept up with bonds.

Time for Stock Market to Refocus on Earnings

Normalizing market conditions with synchronized global growth, rising interest rates, and lower correlations among stocks are making it a stock picker’s market. Hedge fund hiring is now on the rise, according to a report by Institutional Investor, as higher volatility appears to be here to stay.

But Kerzérho is not buying the rise in volatility or a potential bear market as a reason to depart from passive investing. Markets go up and down and active management requires portfolio managers to predict the future, according to Kerzérho.

“If he [portfolio manager] holds cash, how is he going to know that now the bear market is over and you’ve got to invest the cash into the recovery?” Kerzérho said. Market timing has long been chided as impossible to consistently get right.

While some market factors may give active managers a greater chance to shine, it remains extremely difficult to continually beat the market especially when not being fully invested—holding an allocation to cash, as active and hedge fund managers tend to do—and when accounting for higher fees.

Canada has a long way to go compared to the United States, but the trend is decidedly passive.