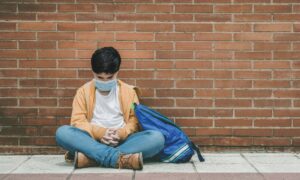 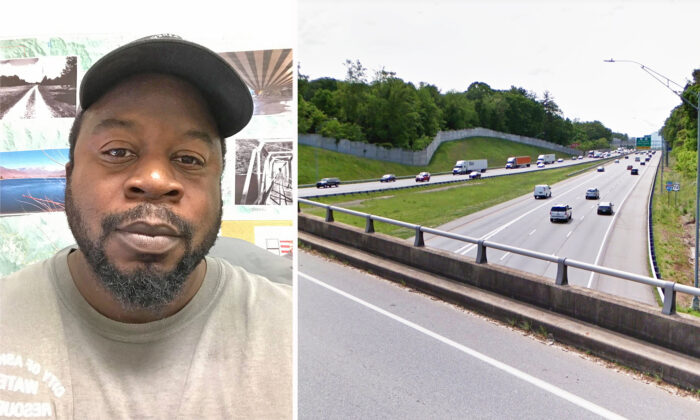 Passerby Talks Suicidal Man Down From Edge of Bridge: ‘I Wasn’t There to Judge Him’

A compassionate good Samaritan from North Carolina is being recognized as a hero after talking a suicidal man down from an interstate bridge.

Anthony “Buzz” Brown, a leak detection specialist from the city of Asheville, was crossing a bridge over Interstate 40 off Sand Hill Road on March 3 when he spotted a stranger in distress.

“My first thought was I needed to help him, because we are here to love and care for one another on this earth,” Brown told The Epoch Times.

Having lost his brother to suicide, Brown knew he couldn’t ignore the suicidal stranger. Seeing that others were driving by without stopping, he quickly turned his car around, pulled over, and gently approached the man.

The distressed man initially claimed there was nothing Brown could do to help him. Yet when Brown opened up about his personal experience with suicide, the man listened.

“I let him know that I was not there to judge him and that I cared for him,” Brown said.

“I also told him about my brother that committed suicide. He was shocked that a stranger stopped and cared enough about his wellbeing.”

As the pair talked, empathy blossomed. The distressed man opened up to Brown.

Slowly but surely, Brown noticed that the man had retreated from the edge of the bridge and was following him back to his car, according to a report by WLOS.

Asheville police arrived on the scene to escort the distressed man to a hospital for medical support. The police credited Brown for saving a life, the report said.

“Anthony tried to leave and not make a big deal of this,” Officer Vincent Garetto said in a statement, “but I had to get his name, because I am confident without Anthony stopping and talking with the man, he may have possibly jumped before officers arrived on scene.”

Brown, who does not see himself as a hero, was recognized by Asheville City Manager Debra Campbell at a city council meeting held days after his kind act.

“I felt honored,” Brown told The Epoch Times, “because maybe the story can help someone else that is struggling with depression and suicide.

“If I was to meet [the distressed man] again,” Brown added, “I would tell him that it is not his time to die yet, that God has bigger plans for him.”