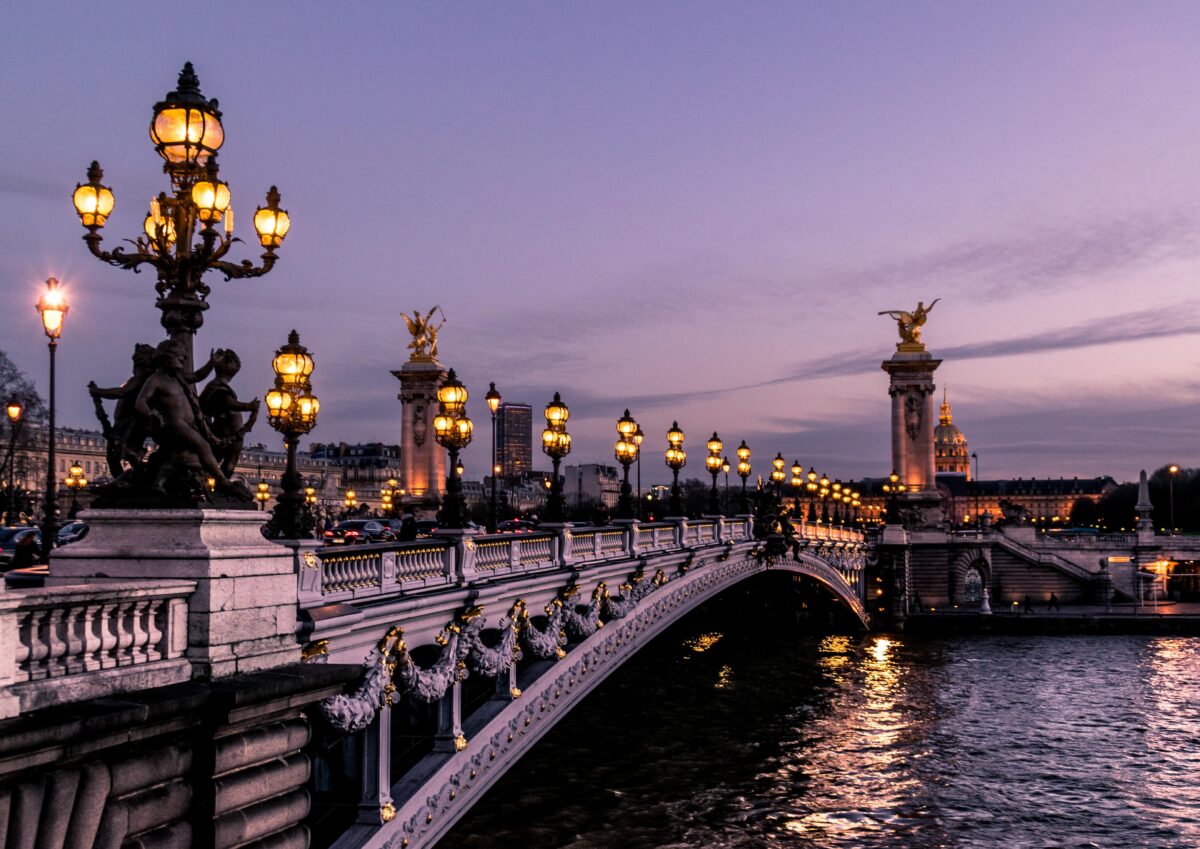 Paris: The City That Invites You to Feel Like a Local

The mesmerizing City of Lights is on many a bucket list—and rightly so. Paris must be seen, felt, and most importantly, tasted. Enchanting streets, scintillating luxury boutique boulevards, gilded monuments, mouthwatering patisseries, well-manicured gardens, and quaint neighborhoods—there’s no city like it in the world. Romantic in every sense of the world, it also has a charm that makes you feel like a local.

Throughout history—it has been inhabited since the third century B.C.—and uprisings, wars, and economic hardships, it has kept its stoic romanticism and beauty, all made possible by strict urban laws that have been in place since the 17th century.

Exploring street markets is one of the best ways to become immersed in the city. Set all over Paris, they’re neighborhood delights. Rue Montorgueil’s street market is one of the best. On a Saturday morning, grab a coffee at one of the cafes and do a very Parisian thing: Sit and people watch as locals do their shopping. Located near the neighborhoods Etienne Marcel, Les Halles, and Sentier, it’s close to a mix of markets and food shops.

Stohrer is the oldest pastry shop in Paris, dating back to 1730. It’s also situated on Rue Montorgueil, and there you’ll find the best baba au rhum pastry. Perusing through street markets and speaking to vendors about their wares gently pulls you into a slower pace of life.

Boulangeries are all over the city and on almost every city block (try the excellent Du Pain et des Idées). For world-renowned and late German-born fashion designer Karl Lagerfeld, who was creative director for the houses of Chanel and Fendi and who lived in Paris, seeing the baguette everywhere in Paris never lost its luster.

“As a German, I see the baguette,” Lagerfeld once said.

Next, stop by the cheesemaker and cold-cut seller at the street market. Weather permitting, you can have a little picnic in one of the city’s parks, such as the beautiful Jardin du Luxembourg, and enjoy your sandwich with a bottle of French wine.

Paris must be tasted to be believed. It’s no secret that the French pride themselves on cooking with the finest of ingredients in the most unique ways.

If you’re looking for an eye-catching café where you can people watch, go to Café de Flore, located in Paris’s swanky St. Germain. Personalities including James Baldwin and Albert Camus frequented the café. Offering a full menu of French and international cuisine, it’s also a perfect spot to have an espresso or hot chocolate.

Shop Till You Drop

Shopping (or at least, window-shopping) on Avenue Montaigne is a must. Givenchy, Versace, Chanel, Dior, Louis Vuitton, Ralph Lauren, Saint Laurent, and many others have boutiques on the famed avenue. With all of that shopping, replenish your energy with a few cafe stops.

If outdoor avenue shopping isn’t your vibe, visit La Samaritaine with its strong Art Nouveau style, set at the foot of Pont-Neuf. Newly opened after renovations in 2021, it’s one of the city’s premier department stores, offering a plethora of retail therapy, beauty brands, and restaurants.

Stroll through Montmartre, a cutesy village in Paris with windmills, captivating cobbled stoned streets and alleyways, restaurants, and art. Painters set up throughout the area with their easels and brushes, ready to paint people or the city views in front of them. This part of Paris must be experienced. It’s what Americans envision the city to be. Walk down Rue de l’Abreuvoir, voted the “prettiest street in Paris.” It gets pretty crowded, so visit early in the morning if you don’t want others in your camera shot.

Also, in Montmartre is the iconic Sacré-Cœur Basilica, a grand structure constructed in Romano-Byzantine style. You can walk up or reach Butte Hill, where the basilica sits by funicular. Once at the top, you’ll be hit with striking views of the city. A good pair of walking shoes and the ability to climb a lot of stairs are needed for this part of Paris, but it’s worth it.

Get lost in the Marais, another quintessential part of Paris near the third and fourth arrondissements. Famous author Victor Hugo lived in the Marais, as did French kings. Filled with courtyards and neatly tucked-in parks, much of this part of Paris survived the French Revolution. This is a perfect area to escape the tourist-filled parts of the city, peruse at your own pace, and feel like a local.

The Eiffel Tower is one of the most fascinating structures to visit at any time, day or night. In years past, it was possible to stand directly under the tower, but due to security concerns, only paying customers going to the top can stand under. For $30, you can go to the second floor and the top. But for the best views, go to the Palais de Chaillot, where you can pose and take photos of the Eiffel Tower from various angles, getting the whole tower in view.

With many museums in the city, the Louvre is a must-visit, though you should know that you won’t be able to see all of it in one day. Housed in the palace where Louis XIV lived up until 1682, it sits in the center of the city on the Right Bank, receiving millions of visitors each year. Filled with collections that date back from antiquity to the mid-19th century, its 75,000 square feet of space encompass 35,000 pieces of artwork. Considered one of the world’s greatest art museums, it’s known for housing Leonardo da Vinci’s “Mona Lisa.” While the permanent collection is a must-see, take notice of the special exhibitions.

When to Go: The best time to visit Paris is in the spring and fall. While summer is nice, the city can be dreadfully hot and empty. July is often a hot month, and in August, the city shuts down as Parisians head on their month-long vacation. In spring, the temperatures warm up, and the city isn’t yet crowded with tourists.

Where to Get Your Beauty Sleep: The Mandarin Oriental Paris is set in the heart of the fashion and art district on Rue Saint-Honoré. The 135 rooms and 39 suites offer a Parisian touch, imbued with couture and art, with an inner garden that offers serenity from the hustle of the city. With numerous hotel dining options overseen by chef and culinary director Thierry Marx, as well as the Mandarin Oriental Cake Shop, you might not want to leave. The hotel is within walking distance to Place Vendôme, the city’s hub for jewelry, as well as the Jardin des Tuileries. And if you’re feeling sporty, it’s possible to walk up the Champs-Élysées.