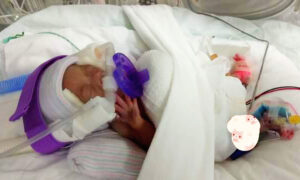 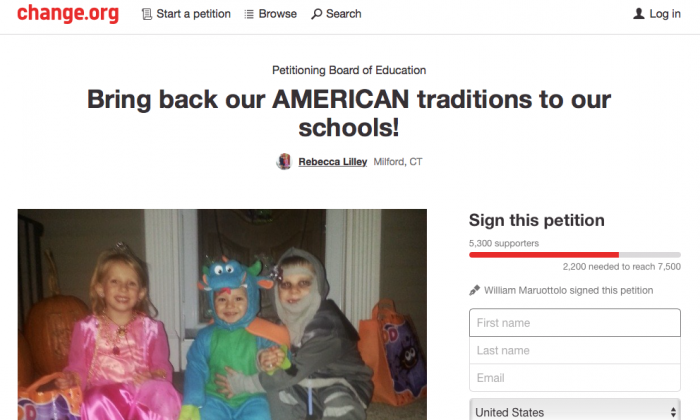 The Milford, Connecticut, school district made news last week when some local parents expressed outrage at the announcement that the traditional elementary school Halloween parade would not be held, no costumes would be allowed in school, and classroom activities would not be permitted to be Halloween-themed.

“This decision arose out of numerous incidents of children being excluded from activities due to religion, cultural beliefs, etc. School-day activities must be inclusive,” the letter stated.

In response, a local mother initiated a change.org petition, saying: “This is just not right. Growing up in America there are certain traditions and celebrations we have become accustomed to celebrating at home and during school! … These are our American customs and traditions and we should not have to give them up because others find them offensive!”

The petition gained traction when local news organizations picked it up and has (as of this writing) been signed by 5,300 people. (The city of Milford has about 52,000 people, according to the New Haven Register.)

In response, the school district reversed its decision with a new letter in which Superintendent Elizabeth E. Feser, Ed.D. stated: “The Principals and I are about educating our children. With this in mind, knowing that the issue of Halloween is detracting from what we are truly about, and our time with our children around teaching and learning is most important, we have decided to reverse our decision.”

The story trended for a while on social media, and many articles reporting the situation across the Web were met with a full array of comments illustrating the sensitive nature of the issue and the tension that can exist between modern-day public schools and a tech-savvy community.

The Milford school district is certainly not the first in the United States to attempt to limit Halloween celebrations. In 2011, a number of Michigan schools replaced Halloween observances with “fall festival” celebrations, according to mlive.com. That same year, the school district of Springfield, New Jersey, banned costumes in school but, as in Milford, reversed the decision in response to public outcry, according to WABC.  In 2013, an online parent petition saved the Halloween festivities at Ohio’s Bexley Elementary School, the Columbus Dispatch reported. The list goes on.

The concerns cited by school administrators wishing to limit Halloween activities include safety issues, including a concern for food allergies, cultural diversity and inclusion of all students, and even the constitutional ideal of the separation of church and state.

Those cited by parents wishing to maintain Halloween traditions range from concerns about overzealous political correctness to a wish to maintain cultural traditions, to the need for “kids to be kids” and have fun in school.

Halloween: Some love it. Some hate it. I’m guessing this won’t be the last such debate we see.

Barbara Danza
writer
Follow
Barbara Danza is a mom of two, an MBA, a beach lover, and a kid at heart. Here, diving into the challenges and opportunities of parenting in the modern age. Particularly interested in the many educational options available to families today, the renewed appreciation of simplicity in kids’ lives, the benefits of family travel, and the importance of family life in today’s society.
barbaradanza
TOP NEWS