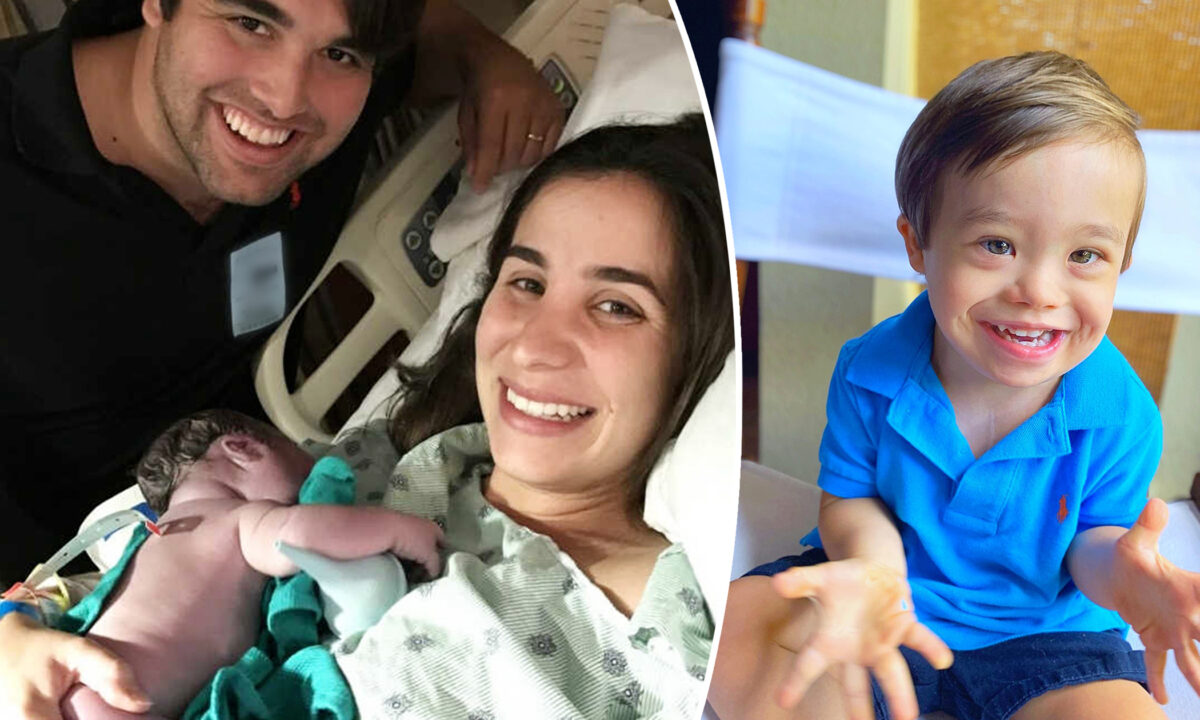 Parents Refuse Abortion for Baby Boy With Down Syndrome at 20 Weeks, Now He’s Thriving at 5

When a young and excited mom was expecting her second baby, she was shocked to learn that he might have Down syndrome. However, when she and her husband were offered the choice of abortion, they both knew in their hearts that it was not an option and they’d love their baby no matter what his diagnosis was.

Five years on, their little son is thriving and has brought more joy to their family than they ever dreamed possible.

Third-generation immigrant and engineer Lisi Lopez, 30, met her husband in college. They tied the knot a few months after their graduation. Although Lisi’s husband was in medical school, the couple started planning for kids with the loving support of their “big, loud Latin families.”

Eight years on, Lisi and her husband are proud parents to a daughter and two sons. Their middle child, Leo, who turns 5 in April, also happens to have Down syndrome.

A few months after the birth of their first daughter, Lisi and her husband, who both have siblings of their own, wanted the same for their daughter and they thus began talking about having another baby.

“To our excitement, we became pregnant much earlier than we anticipated,” Lisi told The Epoch Times. “When we went in for our first ultrasound, I had no worries or fears.  I had never imagined myself being someone who would have any issues with pregnancies, especially since my first one had gone so smoothly. Boy, was I wrong.”

Lisi’s ultrasound technician found that she had a “blighted ovum,” meaning there was a sac but no baby was developing inside it. Devastated, the couple grieved their loss but were elated to find out they were pregnant again months later.

The then-mother-of-one had let her guard down at baby Leo’s first sonogram, but her 11-week scan in October of 2016 brought new concerns.

Lisi recalled: “I had gone with my mother, my daughter, and my mother-in-law. I was so excited to point out to my daughter her new sibling on the screen, even though I knew she would not comprehend it. However, after the technician finished probing around my belly, things took a turn for the worse.”

The technician returned back to Lisi’s room a few moments later and told her that the doctor wanted to take a closer look at her.

“As I was sitting on that cold exam table, the silence in the room was palpable … the doctor looked at me and brought up the image of Leo on the screen,” said Lisi. “She told me that she saw a concerning issue with his NT, the fluid behind his neck; it was very thick, which normally was an indication for a chromosomal abnormality.”

Lisi had never considered Down syndrome. Suddenly, the sweet image from moments before of her unborn son trying to suck his thumb was diluted. “I loved him,” said Lisi, “and I knew that he was mine no matter what, but the fear of the unknown crept in so quickly that it made me feel numb and lost.”

The couple was then presented with options. Lisi could undergo invasive testing to be sure of Leo’s diagnosis, she could terminate the pregnancy, or she could take a blood test for a 99 percent chance of detecting the baby’s condition.

At that time, one thing was non-negotiable for Lisi and her husband: termination was not an option.

“It was subtle, but we kept hearing that [termination] was an option up until week 20,” Lisi said. “Toward the end, the doctor would tell me and follow up by saying that she ‘just had to mention it as a standard procedure.’ It aggravated us and made us sick to our stomachs, but we always stayed quiet and repeated that it wasn’t the option for us.”

She further explained: “Yes, we were scared of the unknown, but the thought of losing him was probably the scariest thought of all … my faith has always taught me to respect life from the moment of conception. However, it’s not what played a role in my reaction and the way I felt; being a mother made me react that way.”

Before a blood test confirmed Leo’s diagnosis, Lisi was consumed by the idea that she could “reach a deal with God.” She thought that if she promised to attend Mass more often or strove to be kinder or more generous, perhaps her unborn son would be spared his suffering.

“I had this misconception about Down syndrome that was so outdated, and it made me fear something that should be celebrated,” she explained. Yet her husband had been privy to this secret since the beginning; “he told me we were lucky, he knew,” she recalled.

Leo was born two weeks earlier than his due date, leaving his parents no time to panic about his pending heart surgery—Leo had been diagnosed with a congenital heart defect, Tetralogy of Fallot, at 20 weeks—or introducing him to his big sister.

“In a nutshell, I laughed him out in under five minutes, leaving the doctors, nurses, my husband, and myself in shock at the simplicity of it,” Lisi said. “I saw his perfect little round and chubby face, and his eyes, those almond-shaped eyes that held this beautiful dark blue; I knew my baby boy definitely was born with Down syndrome, but it did not matter to me one bit.”

Baby Leo was placed on his mother’s chest for a brief moment before he was transferred to the NICU, but as his cardiologist had predicted, he was strong enough to go home four days later.

At 3 months old, Leo underwent open-heart surgery at the family’s local children’s hospital. Despite enlisting one of the best cardiologists in the country, Lisi was riddled with nerves, but knew surgery was Leo’s best chance at a full, healthy life.

During surgery, Leo’s lung collapsed when medics removed his breathing tube. Amid sounding alarms and the rush of doctors trying to reintubate their baby, Lisi and her husband felt helpless as they watched their baby boy suffer. However, a brave Leo pulled through.

“The trials we faced that week pushed us to our limits,” the mom-of-three recalled. “However, we survived that week, and Leo came out stronger in the end. We now call him ‘Iron Man Leo.'”

Her son, said Lisi, has “effortlessly” made his way into the hearts of family and friends, and elicits smiles from everyone he meets. The Lopez family chronicles life with Leo, and Down syndrome advocacy, as “Our Extra Lucky World” on Facebook and Instagram.

Yet Lisi and her husband often forget that Leo has Down syndrome.

“When we do remember, it’s because we are admiring his sweet little hands, his perfectly shaped almond eyes, or that fact that he melts into us when we hug him,” she explained. “He is constantly looking for ways to make people laugh and has an incredible appetite for life, as well as for food!

“Now, having had him in our lives for almost five years, I continue to advocate for him and for others like him, so that our world can see that there is nothing ‘down’ about Down syndrome.”

Share your stories with us at emg.inspired@epochtimes.com, and continue to get your daily dose of inspiration by signing up for the Bright Newsletter at: https://www.theepochtimes.com/newsletter