Farmer Hits Post, Turns Out to be a Mammoth
0 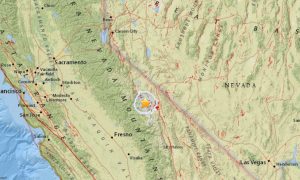 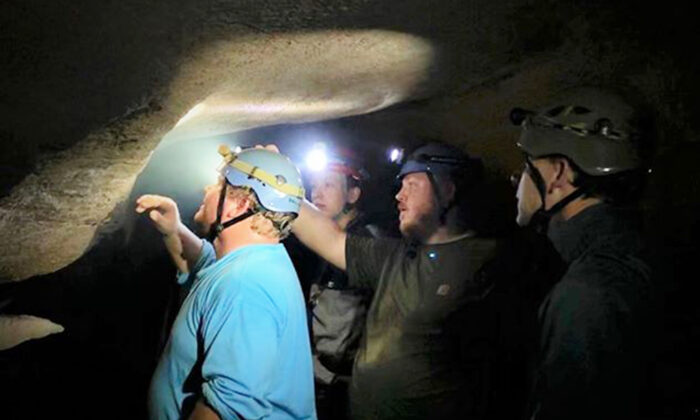 The extraordinarily well-preserved remains of a 330-million-year-old shark’s head have been found embedded in the walls of a Kentucky cave. The discovery, while far from the eastern shoreline, indicates that these caves were once under water and populated by sharks.

“I wasn’t exactly sure what I was going to see in the cave during my trip in November [2019],” paleontologist John-Paul Hodnett, program coordinator at Dinosaur Park in Maryland, told the Louisville Courier Journal. “When we got to our target specimen, my mind was blown.”

“Based on what [paleontologists] see exposed in the cave wall,” they wrote, “there is a lower jaw, indeterminate cranial cartilages, and several teeth to a shark approximately the size of a living great white shark.”

“[T]his is a brand new record of sharks from a particular layer of time,” Hodnett told CNN.

The fossilized remains, Hodnett explained, were identified as belonging to a species called Saivodus striatus, a shark around the size of a modern-day great white. The shark lived during the Late Mississippian period, around 330 million years ago, and may have reached between 16 and 20 feet in length as a fully grown adult.

As per the Daily Mail, it was scientists Rick Olson and Rick Toomey who first discovered the fossilized shark’s head. They sent photos to the senior paleontologist for the National Park Service in Washington, Vincent Santucci. Hodnett later saw the photos himself and made a crucial identification: the presence of cartilage.

“It turns out it is actually not a skeleton, it is actually just parts of the head,” Hodnett told CNN. “And the head itself is pretty big.” In its entirety, Hodnett estimated that the shark’s jaw would have been about two and a half feet long.

While describing the excavation of the fossilized shark’s head as “super exciting,” Hodnett was also careful to note that it is a huge challenge to avoid damaging the internal structure of the cave.

The findings, once fully excavated, will be presented to the Society of Vertebrate Palaeontology in Cincinnati in October 2020. Until then, to avoid fossil theft and vandalism, the specific location of the shark’s head within the Mammoth Caves remains a secret.

The fossilized shark head hails from a time when much of North America was under water and was preserved in sediment that impacted over time to form the limestone of the cave networks we know today.

The Mammoth Cave National Park is the world’s longest known cave network, extending an incredible 400 miles. On Jan. 30, Toomey, one of the two men who discovered the shark remains, led WDRB News on a tour of the caves.

“Kentucky was the happening place to go scuba diving or snorkeling,” Toomey joked, referring to the Late Mississippian epoch.

“We’re starting to get a pretty good idea of what this ocean would have looked like,” he added, referring to the fossils. “What makes it worth it is the thrill of discovery.”

Before the discovery of the Saivodus striatus shark’s head, the Mammoth Cave National Park’s Fossil Shark Research Project had already unearthed approximately 100 different specimens of shark fossils within the cave walls in the form of shark teeth.

“Shark teeth are made of bone and enamel which does preserve well,” the Mammoth Cave team explained on Facebook, highlighting the significance of the paleontologists’ latest discovery, “but shark skeletons are extremely rare, because cartilage doesn’t always preserve in the fossil record.

“The preservation of these shark fossils is superb,” the team said. “Because the cave is not exposed to external elements such as rain, snow, and wind, the rate of erosion of the limestone in the cave is slow, so fossils tend to be very detailed and mostly intact.”