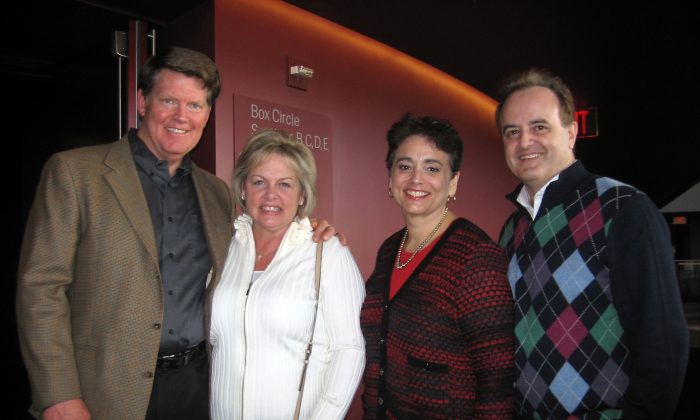 “I enjoyed the colors and the scenery. And the dancing for me was very different, exquisite,” Mr. Suarez said, at the Winspear Opera House in Dallas on Friday.

Shen Yun, established in New York, has been touring the world since 2006. By presenting classical Chinese culture with original musical scores, song, and dance, the company aims to revive 5,000 years of ancient Chinese civilization on stage.

Costumes for the performers are inspired by the traditional attire of China’s ancient culture, according to the company’s website. Designers specifically choose bright colors and “stress harmonic balance and contrast.”

As an artist and art teacher, Mr. Suarez couldn’t help but notice how well the colors played together on stage.

“The colors and costumes were beautiful; I like the movement, also the use of ribbon and rhythm,” he said.

Other than the all-original costuming, Shen Yun presents legends from China’s ancient past. Along with famed stories of the Monkey King and other famous characters, Shen Yun presents traditional Chinese values of “benevolence and justice, propriety and wisdom, respect for the heavens,” reads Shen Yun’s website.

Mr. Suarez was also impressed with how encouraging the show’s message was, and with how classical Chinese culture values beauty and truth.