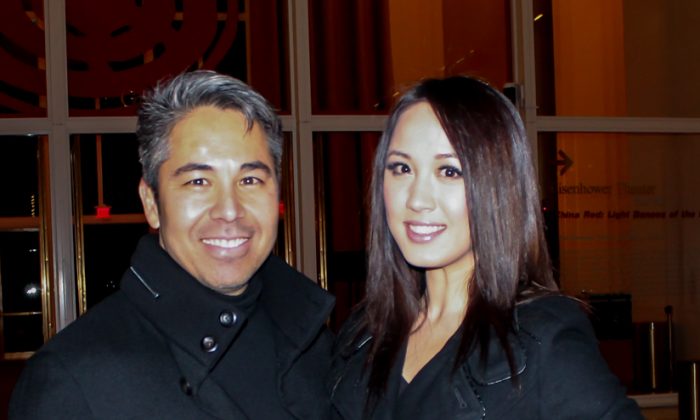 Ms. Duong said she loved how Shen Yun “incorporated a lot of cultural history with great insight to how we should lead the future in creating our own future.” Ms. Duong is former figure skater and student of martial arts. “She is highly involved in the national Asian-American community holding executive and leadership positions run by students and alumnus to promote academia, cultural awareness, empowerment, and philanthropy for humanity through scholarships and cultural exchange,” according to a news release when she was crowned Pacific Miss Asian American.

Shen Yun uses classical Chinese dance to bring stories and legends from Chinese history to life. The stories are classic tales of virtue, heroism, and kindness. Contemporary stories of China are told as well. Many of the stories tell of good conquering evil.

Ms. Duong said she enjoyed not just the beauty of the dance but the “much deeper meaning to the show. I am really grateful for that.” She also said the costumes are beautiful.

According to the Shen Yun website, the group’s mission is to revive the 5,000 years of Chinese civilization passed down through history. Through dance, Shen Yun brings that heritage to life on the stage.

According to its website, Petrocon Corporation is a national trade organization whose members do commercial and industrial manufacturing. Petrocon buys oil wholesale and sells it to construction companies across the U.S. Ms. Duong is the Marketing Director at Petrocon.