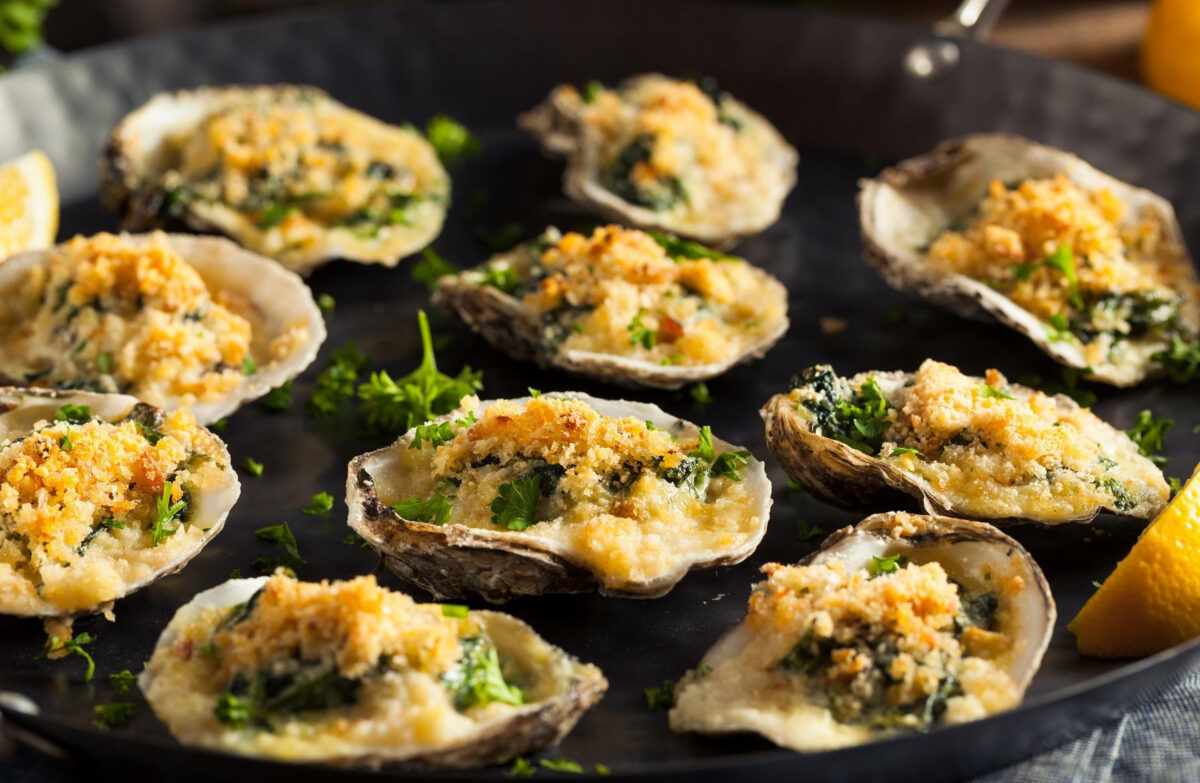 If you’re craving oysters but haven’t found the time to visit your favorite seafood joint lately, bring the seafood to you instead. This recipe for oysters Rockerfeller is an old school recipe that deserves a real comeback.

The hors d’oeuvre’s creamy texture and bread crumb topping is a great way to turn dinner at home into a restaurant experience. And the best part of all is that the dish can be prepared in under an hour.

The oysters are loaded with crisp bacon bits that have been cooked in butter, celery, green onion and sautéed spinach. After adding the mixture and tabasco sauce to each oyster shell, cook the shells until the breadcrumbs are golden brown. The dish is so delicious that you’ll find yourself wanting to try even more retro appetizers that need to come back.

Salt and pepper, to taste

Preheat the oven to 375 degrees.

Heat a sauté pan over medium-low heat, and add the bacon. Cook until golden brown and crisp.

Using a slotted spoon, remove the crisp bacon from the pan leaving the fat behind.

Add the butter to the pan with the bacon fat, and heat until melted.

Stir in the celery and green onions, and cook until softened. Add the garlic, and cook an additional 30 seconds or until aromatic.

Sprinkle in the flour and cook for about 1 minute to make a roux.

Stir in the spinach and sauté until cooked down.

Whisk in the milk, heavy cream, parmesan cheese and Pernod, and bring to a boil. The mixture should be very thick.

Remove from the heat and stir in the parsley, Tabasco and reserved crispy bacon. Season with salt and pepper to taste. Allow the mixture to cool.

Cover each oyster in the half shell with the spinach mixture followed by a sprinkling of breadcrumbs.

Bake the oysters until the breadcrumbs are golden brown.

This recipe is in courtesy of The Chopping Block.