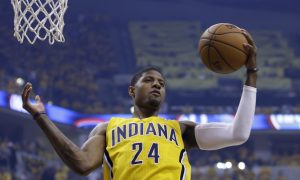 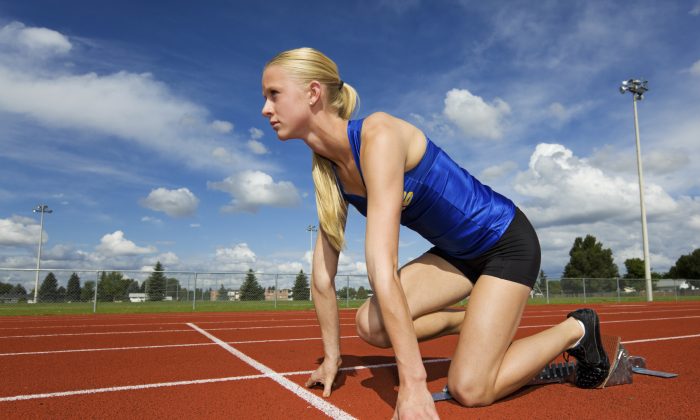 Physical exercise has numerous benefits for the body. But like anything else, moderation is key. Doing the same strenuous movements over and over again can lead to overuse injuries.

Some sports have names connected to the overuse injuries they cause, such as tennis elbow and runner’s knee. Unlike acute injury which has a clear cause that is easy to diagnose, overuse injury develops gradually over time—the result of a repetitive trauma that doctors may not recognize until there is recognizable tissue damage.

A new study finds that when it comes to high school sports, girls are at a much higher risk for overuse injuries than boys.

Risk for injury was highest among freshman girls, and declined as they progressed through high school. Curiously, boys saw just the opposite pattern. Their risk was lower when they started high school and highest in their senior year.

According to lead study author Dr. Thomas Best, director of sports medicine and orthopedics at Ohio University’s Wexner Medical Center, while the findings are interesting, at this point there are still more questions than answers.

“We don’t really know why this happens,” he said. “This is the first study of its kind. Our results need to be replicated.”

What is clear is that kids are devoting more time than ever to sports practice—up to 18 hours a week—and experts fear the increased activity could be taking a detrimental toll on young, developing bodies. However, the research required to justify these fears takes time.

“A foot has a tolerance of a certain amount of times you can run on it before you develop a stress fracture, but we just don’t know that number,” Best said. “I don’t think we’ll ever know that number. But at least these studies start to guide us.”

To better understand an athlete’s limits, Best’s research team is beginning to look at another aspect of overuse injury: the risk of reinjury. “One of the things we’re all concerned about is whether one concussion puts you at risk for further concussions,” he said. “There probably is something to that.”

Early evidence and educated speculation is already shaping policy in California. In July 2014, Gov. Jerry Brown signed the youth sports concussion safety law (AB2127) which requires athletes to stay off the field for at least seven days following a concussion. In an effort to reduce injury, the law limits high school teams to two full-contact practice sessions of no more than 90 minutes each week.

Until more definitive science is available regarding the limits necessary to avoid overuse injury, Best recommends that young athletes listen closely to their bodies. He warns them that if they push too hard, they could lose valuable time out on the field.

“My rule of thumb to an athlete is, whatever time you sit out for an injury, maybe it’s a week, it’s going to take you that much longer to get back to full [strength],” he said. “As I was telling somebody this morning: if your cross country season is eight weeks, and you lose one week, which is effectively two, you just lost 25 percent of your season.”

Best suggests that a rise in overuse injuries could have something to do with the trend in sports specialization. While kids in the past may have participated in three or four sports, high schoolers today often focus their time and energy on a single sport. This strategy may accelerate technique improvement, but it also may be causing damage.

“This is going to generate some controversy, but if your son or daughter is playing one sport—let’s take swimming, for example—and that’s all their doing, then their shoulders are seeing a lot more use over the year than someone who is playing three sports,” he said. “I can’t imagine growing up where I was only playing one sport. I’m sure I would have burned out.”

Nutrition is another important factor in preventing problems. This includes adequate calcium, vitamin D, and especially extra protein when sore muscles have to recover from a hard workout.

Best says that proper nutrition can help an athlete on the field, and later in life.

“Your period of maximum bone growth is during your late teens and early 20s,” he said. “That tells you that those years are really critical in terms of diet and calcium intake. You need to be making as much bone as you can then because you’re going to start to lose it like muscle. Starting around age 30 we start to lose muscle. That’s important.”

Another aspect researchers are now considering is the psychological aspect of injury. Even when the body looks ready to return to the field, the mind may not have fully recovered. This lingering fear can impact performance.

“We’re recognizing that that is occurring particularly with these young girls when they go back to sports,” said Best. “It’s estimated that even 50 percent of them may be concerned that they might not be totally recovered. We never asked about that. We just went in a room and pushed on a knee, and said they were ready to go.”