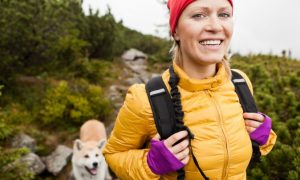 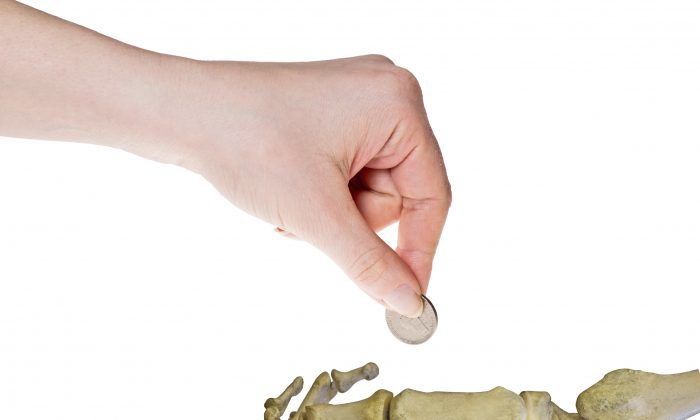 The present-day definitions of Osteopenia and Osteoporosis were arbitrarily conceived by the World Health Organization (WHO) in the early 90’s and then projected upon millions of women’s bodies seemingly in order to convince them they had a drug-treatable, though symptomless, disease.

Osteopenia (1992) and Osteoporosis (1994) were formally identified as skeletal diseases by the WHO as bone mineral densities (BMD) 1 and 2.5 standard deviations, respectively, below the peak bone mass of an average young adult Caucasian female, as measured by an x-ray device known as Dual energy X-ray absorptiometry (DXA, or DEXA). This technical definition, now used widely around the world as the gold standard, is disturbingly inept, and as we shall see, likely conceals an agenda that has nothing to do with the promotion of health.

A ‘standard deviation’ is simply a quantity calculated to indicate the extent of deviation for a group as a whole, i.e. within any natural population there will be folks with higher and lower biological values, e.g. height, weight, bone mineral density, cholesterol levels. The choice of an average young adult female (approximately 30-year old) at peak bone mass in the human lifecycle as the new standard of normality for all women 30 or older, was, of course, not only completely arbitrary but also highly illogical. After all, why should a 80-year old’s bones be defined as “abnormal” if they are less dense than a 30-year old’s?

Within the WHO’s new BMD definitions the aging process is redefined as a disease, and these definitions targeted women, much in the same way that menopause was once redefined as a “disease” that needed to be treated with synthetic hormone replacement (HRT) therapies; that is, before the whole house of cards collapsed with the realization that by “treating” menopause as a disease the medical establishment was causing far more harm than good, e.g. heart disease, stroke and cancer.

After all, anyone over 30 years of age should have lower bone density than a 30 year old.

As if to fill the void left by the HRT debacle and the disillusionment of millions of women, the WHO’s new definitions resulted in the diagnosis, and subsequent labeling, of millions of healthy middle-aged and older women with what they were now being made to believe was another “health condition,” serious enough to justify the use of expensive and extremely dangerous bone drugs (and equally dangerous mega-doses of elemental calcium) in the pursuit of increasing bone density by any means necessary.

One thing that cannot be debated, as it is now a matter of history, is that this sudden transformation of healthy women, who suffered no symptoms of “low bone mineral density,” into an at-risk, treatment-appropriate group, served to generate billions of dollars of revenue for DXA device manufacturers, doctor visits, and drug prescriptions around the world.

WHO Are They Kidding?

Osteopenia is, in fact, a medical and diagnostic non-entity.  The term itself describes nothing more than a statistical deviation from an arbitrarily determined numerical value or norm.   According to the osteoporosis epidemiologist Dr. L. Joseph Melton at the Mayo Clinic who participated in setting the original WHO criteria in 1992, “[osteopenia] was just meant to indicate the emergence of a problem,” and noted that “It didn’t have any particular diagnostic or therapeutic significance. It was just meant to show a huge group who looked like they might be at risk.”Another expert, Michael McClung, director of the Oregon Osteoporosis Center, criticized the newly adopted disease category osteopenia by saying ”We have medicalized a nonproblem.”

In reality, the WHO definitions violate both commonsense and fundamental facts of biological science (sadly, an increasingly prevalent phenomenon within drug company-funded science).  After all, anyone over 30 years of age should have lower bone density than a 30 year old, as this is consistent with the normal and natural healthy aging process.  And yet, according to the WHO definition of osteopenia, the eons-old programming of our bodies to gradually shed bone density as we age, is to be considered a faulty design and/or pathology in need of medical intervention.

How the WHO, or any other organization which purports to be a science-based “medical authority,” can make an ostensibly educated public believe that the natural thinning of the bones is not normal, or more absurdly: a disease, is astounding. In defense of the public, the cryptic manner in which these definitions and diagnoses have been cloaked in obscure mathematical and clinical language makes it rather difficult for the layperson to discern just how outright insane the logic they are employing really is.

So, let’s look closer at the definitions now, which are brilliantly elucidated by Washington.edu’s  published online course on Bone Densitometry, which can viewed in its entirety here.

The Manufacture of a Disease through Categorical Sleight-of-Hand

The image above shows the natural decrease in hip bone density occurring with age, with variations in race and gender depicted.  Observe that loss of bone mineral density with age is a normal process.

Next, is the classical bell-shaped curve, from which T- and Z-scores are based.  T-sores are based on the young adult standard (30-year old) bone density as being normal for everyone, irregardless of age, whereas the much more logical Z-score compares your bone mineral density to that of your age group, as well as sex and ethnic background.  Now here’s where it gets disturbingly clear how ridiculous the T-score really system is….

Above is an image showing how within the population of women used to determine “normal” bone mineral density, e.g. 30-year olds, 16% of them already “have” osteopenia” according to the WHO definitions, and 3% already “have” osteoporosis! According to Washington.edu’s online course “One standard deviation is at the 16th percentile, so by definition 16% of young women have osteopenia! As shown below, by the time women reach age 80, very few are considered normal.”

Above you will see what happens when the WHO definitions of “normal bone density” are applied to aging populations. Whereas at age 25, 15% of the population will “have” osteopenia, by age 50 the number grows to 33%. And by age 65, 60% will be told they have either osteopenia (40%) or osteoporosis (20%).

On the other hand, if one uses the Z-score, which compares your bones to that of your age group, something remarkable happens: a huge burden of “disease” disappears!  In a review on the topic published in 2009 in the Journal of Clinical Densitometry, 30-39% of the subjects who had been diagnosed with osteoporosis with two different DXA machine models were reclassified as either normal or “osteopenic” when the Z- score was used instead of the T-score. The table therefore can be turned on the magician-like sleight-of-hand used to convert healthy people into diseased ones, as long as an age-appropriate standard of measurement is applied, which presently it is not.

Bone Mineral Density Is NOT Equivalent to Bone Strength

As you can see there are a number of insurmountable problems with the WHO’s definitions, but perhaps the most fatal flaw is the fact that the Dual energy X-ray absorpitometry device (DXA) is only capable of revealing the mineral density of the bone, and this is not the same thing as bone quality/strength.

While there is a correlation between bone mineral density and bone quality/strength – that is to say, they overlap in places — they are not equivalent.  In other words, density, while an excellent indicator of compressive strength (resisting breaking when being crushed by a static weight), is not an accurate indicator of tensile strength (resisting breaking when being pulled or stretched).