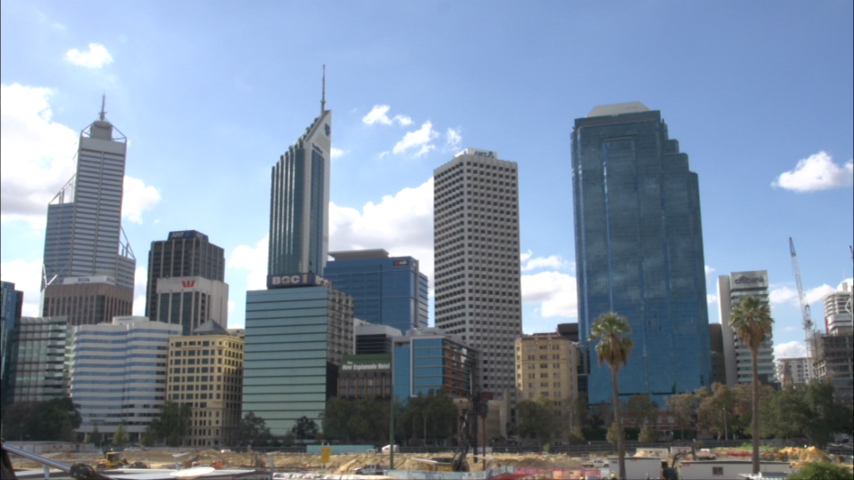 ‘The heart and portrayal of the Chinese culture’
BY Epoch Times Staff TIMEMay 3, 2014 PRINT

PERTH, Australia—“It’s exquisite,” said Belyssa Radzivanas, an architect, choreographer and an anthropologist when she experienced Shen Yun Performing Arts at the Regal Theatre for the matinee session, on May 2. “It’s very exciting!” she said.

Shen Yun is based in upstate New York and has classical Chinese dance at its heart but also incorporates folk and ethnic dance.

The website explains, “Classical Chinese dance is composed of three main parts: bearing, form, and technical skill. Other than complete training in the fundamentals, it also entails systematic training in movements and postures, as well as very difficult jumping and tumbling techniques. And so, alongside ballet, classical Chinese dance is one of the most comprehensive dance systems in the world.”

Ms. Radzivanas is the director and choreographer at Belyssa Academy of Danse Orientale. Based in Perth she has been dancing for over 30 years and now travels Australia and the world conducting master workshops, teachers’ training courses and making presentations on Middle Eastern culture. She continues her research into Bedouin music, dance and cultural activities in the Egyptian community.

As she has a keen interest in dance Radzivanas said she had been looking forward to seeing Shen Yun and seeing classical Chinese dance.

“The way that the technique is used in the variety of themes and with the background effects, also the media, the mix of media and movement is very very engaging, very very electric,” she said.

Ms. Radzivanas felt the backdrop, the costumes and the dancers all combine to create a visual extravaganza.

“The colour is combined together with the fabrics. The way the colour and the movement work together is important because you can have colour but it can still be quite uninteresting, but the way the fabric moves, the silk, which is very unique to China.

“The combination of the two are magical and they complement each other. It’s a credit to the dancers, to the choreographers that they can melt the movement and the silk together with each other,” she said.

“It’s delicate. It’s very delicate colours, very strong colour combinations, but delicately combined and that, I think that tells us about the delicacy of the women. … But within gentle colours you can have strength as well. The combination and the melt down, it actually brings out the stronger portion, the higher energy with their colours.”

Ms. Radzivanas felt the performance had a profound effect on her leaving her with a feeling of deep clam.

As a dancer she felt there was more to the performance than just the dance movements.

“From the spiritual point of view, I can understand what the dancers are going through physically, but also how they have to work together to create an aura and they are very convincing in the stories. That is such a hard thing to do, to act and dance at the same time. Of course, the skill of the costuming and knowing what goes behind creating a show like this, I have a lot of respect for what we are being shown today,” she said.

She admired the ability and dedication of the dancers. “I think it’s the training, the personal discipline, the dedication they have to the ensemble and the honour that they feel for their own culture. … They have to be able to work together to be very patient and to be humble because there is obviously a much bigger cause, which is the heart and portrayal of the Chinese culture.”

As an anthropologist Ms. Radzivanas appreciated Shen Yun, the glimpse of 5000 years of Chinese culture and history presented through music and dance. She particularly enjoyed the story telling.

“It shows how the people live but in a very elegant way. It tells a story of times gone by, a lot of historical content … But of course it’s more exotic because it’s proper arts. But the folk elements are very, I think they are very true—I feel very excited in seeing how the people live through the dance.”

Ms. Radzivanas felt Shen Yun was an experience that everyone should have, she said she would tell all her students to go and see it. She also expressed her regret that Shen Yun was only in Perth for six performances.

“To have such spectacle here, overall is just magical,” she said.