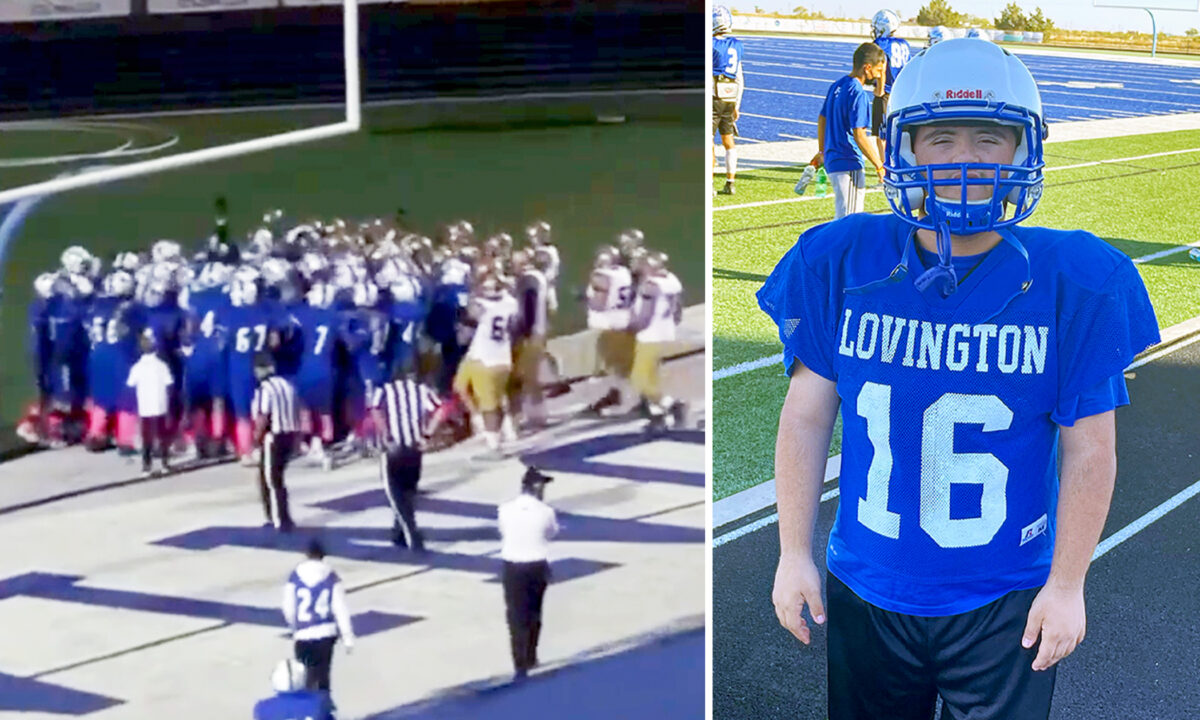 A heartwarming video has captured two New Mexico high school football teams celebrating together as a player with Down syndrome on the winning team scores a touchdown. Their coach says the teams’ collective reaction was “sportsmanship at its finest.”

Iziah Martinez, 18, has played for Lovington High School’s Wildcats since he was a freshman, graduating to the varsity level in his senior year. Iziah has Down syndrome, but it doesn’t hold him back from being a popular, valued member of his team.

On Oct. 23, at a major senior game against Ruidoso High School, Iziah made his first-ever touchdown in front of an ecstatic crowd.

“Ruidoso and Lovington are big time rivals,” Anthony Gonzales, football coach at Lovington High School, told The Epoch Times. “The winner of that game was going to win the district championship; there was a lot on the line. It was a very emotional moment.”

Gonzales approached the Ruidoso coach before the game in hopes that he would accommodate a special request for Iziah, and he agreed.

As time expired, Lovington High School won and Gonzales’s plan kicked in. Ruidoso held defense, “just to make it as realistic as possible.” Players passed Iziah the ball, and the teen ran toward the end zone.

“At that moment, when we put him in, nobody moved. Nobody left the bleachers,” Gonzales recalled. “Nobody knew what we were doing, but I think they could sense it.”

Iziah touched down, and the stadium erupted. Gonzales expected his players to sprint off the sideline to celebrate privately, but surprisingly, the opposition appeared.

“I look over to the sideline and it’s just a wall of white and gold sprinting onto the field,” the coach marveled. “They don’t know Iziah, but they knew that moment meant something to him. They were upset because they didn’t win, but to be able to put all that away, to share in a moment with a young man … that’s sportsmanship at its finest.”

Gonzales, who is in his 17th year of coaching high school football and his fifth season as head coach at Lovington, claimed the 15-second play was “affirming,” helping change the community’s perception of what differently-abled people can and can’t do.

Gonzales says Iziah’s favorite thing to do is touch the football, and receiver drills and defensive back drills are his forte. Besides playing for the Lovington High School’s football team, Iziah is also a teacher’s aide for one of Gonzales’s physical education classes. The coach values the infectious excitement and energy that the senior brings to any room.

“One thing I’ll never forget about Iziah is that when he walks into a room, he’s always smiling,” he told The Epoch Times. “He’s always happy to be there.

“So he has Down syndrome. You can definitely use that as an excuse not to do things that you want to do, or you can use it to your advantage,” he reflected. “Iziah has done that; he’s never allowed anybody to tell him he can’t do something.”

Gonzales grew up without a father figure and says that he “wouldn’t be sitting in this chair today” if it weren’t for his own high school football coaches. Today, he lives by two guiding principles when it comes to the kids he coaches.

“Number two is to win a state championship … kids want to play, they want to be successful, but it’s not the ultimate goal,” he extrapolated. “We preach real big on servant leadership; I think that’s something that’s missing in today’s society, especially with our young adults.”

Iziah, said Gonzales, is a prime example as he is always serving others. He thus exemplifies inclusivity.

“It doesn’t matter if you have Down syndrome or you’re the valedictorian,” said Gonzales. “When we walk into the door together, everybody’s treated the exact same. We’re all in this together.” 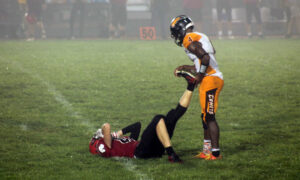 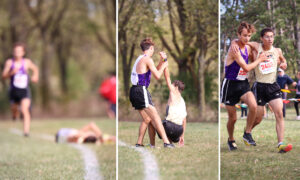 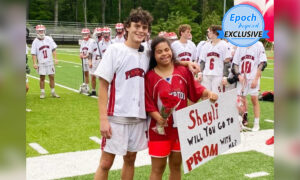