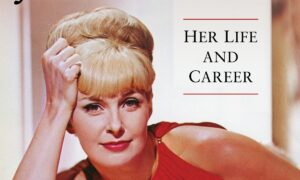 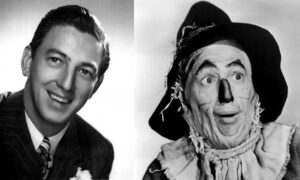 Book Review: ‘Ray Bolger: More Than a Scarecrow’: A Star of Yesteryear
0 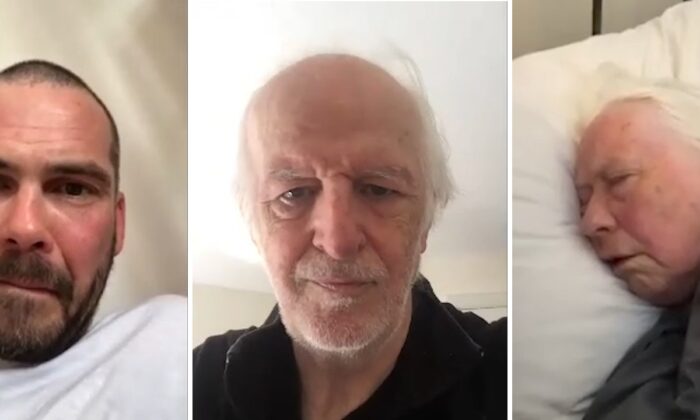 During the pandemic lockdown, (L–R) Tom (Marty Rea) is asked by his uncle Larry (Sean McGinley) to come online and give solace to Tom’s dying mother (Marie Mullen), in a newly produced play. (Courtesy of Irish Repertory Theatre)
Performing Arts

Online Theater Review: ‘The Gifts You Gave to the Dark’: Easing a Loved One’s Pain

In the wake of the current pandemic, theatrical performances must try to present the same emotional effect that comes from a live presentation through a different, less visceral medium. One offering that succeeds quite admirably in doing just that is the Irish Repertory Theatre’s world-premiere presentation of Darren Murphy’s “The Gifts You Gave to the Dark.” Their online drama offers an unflinching look at the COVID-19 outbreak and its devastating effect on one family, and through them, the world at large.

Stricken with COVID-19, Tom (Marty Rea), an actor by trade, is alone in his house in Belfast, in Northern Ireland. His life has been reduced to what he can see from his bedroom window. Tom’s illness, as well as the country’s quarantine, prevents him from joining the rest of his family in Dublin, where his gravely ill mother (Marie Mullen) is dying.

When Tom receives a call from his uncle Larry (Sean McGinley), he is told that his mom is now just clinging to life in the hope that she will see her son one last time. Larry asks Tom to talk to her and, in doing so, allow her to let go.

While certainly topical, “The Gifts You Gave to the Dark” illuminates the specter of loneliness we have all felt at points when separated from loved ones, no matter the reason.

Tapping into this universal dread of having no one close by in times of need allows the audience to empathize with Tom as he tries to tell his mom what she needs to hear. At the same time, he forces himself to put aside his own fear of dying alone and uncomforted. The play shows the importance of helping others, even in the most difficult and uncertain of times.

Running a brisk 25 minutes, the intimate piece unfolds without being overly maudlin. Tom evokes images of happier times from more than a decade earlier, when his mother accompanied him on a road trip to an acting audition. It was a journey full of laughter as she sang along to Doris Day on the radio while listening to her son prepare for his tryout.

Catriona McLaughlin’s direction brings together each element of the story in a sobering and satisfying manner.

The cast is excellent. Rea powerfully shows the desperation, fear, and anger of being alone, while at the same time coming to terms with the fact that he can still be of help—though at a great personal cost. Several times, Tom begs Larry not to interrupt his talk with his mom, but rather allow them just a few moments more together—especially as Tom is recalling the return trip of their journey, when he and his mother headed home together. The importance of home and what it represents is another theme in the play.

Mullen is heartbreaking as Tom’s mother, offering a performance that is amazing in its seeming simplicity. A woman who once had a caustic sense of humor and “the laugh of a 6-year-old,” she is now barely conscious in her sickbed. Yet the audience is so invested in the story that we fill in the blanks of her almost nonexistent movements with passion and emotion.

McGinley acquits himself admirably while serving as the conduit between Tom and his mother. The character is forced to keep his own emotions in check, even though he feels “wound up as a spring” from the frustration of not being able to do more for his family.

“The Gifts You Gave to the Dark,” the title a reference to a song lyric, explores the pain of saying goodbye to someone you love. It’s a pain no less sharp if that goodbye is for all the right reasons.

‘The Gifts You Gave to the Dark’
Presented by Irish Repertory Theatre
Running Time: 24 minutes
Free online viewing through October 2020