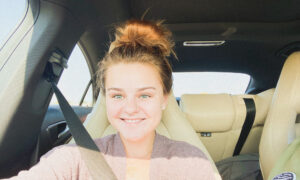 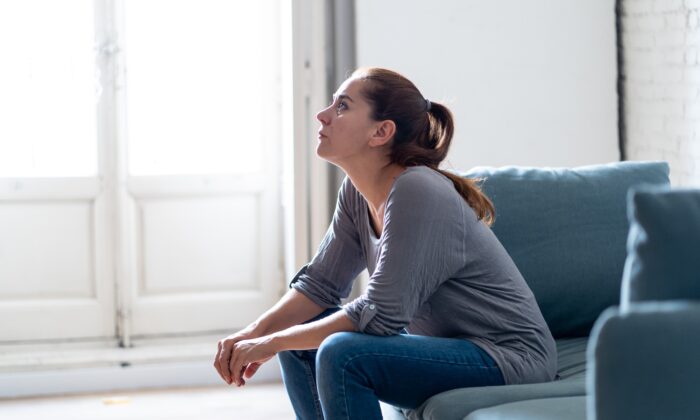 Depression takes a toll, so take back some control. (Sam Wordley/Shutterstock)
Mind & Body

Depression takes a toll, so take back some control.In any given year, one in five Americans will have a diagnosable mental health condition, and 2020 and 2021 were anything but “any given years.”

Research continues to pour in showing an increase in mental health problems from the COVID-19 pandemic (and government policies resulting from it). One medical study found that depression symptoms were three times higher than before the pandemic. A separate survey conducted by the CDC and Census Bureau found that one-third of Americans now show symptoms of anxiety, depression, or both.

Left untreated, depression exacts a severe toll on our communities, economy, and daily lives. In some ways, it’s as costly as heart disease or AIDS, costing over $51 billion in work absenteeism and lost productivity, and another $26 billion in direct treatment.

Fortunately, new research shows there’s an easy step we can all take to help prevent depression. Go to sleep and wake an hour earlier.

That’s right, just one hour of sleep reduces a person’s risk of major depression by a whopping 23 percent.

The study, conducted by researchers from Harvard, MIT, and the University of Colorado Boulder, studied 840,000 individuals, and its findings are some of the strongest evidence that a person’s sleep schedule influences depression risk.

“We have known for some time that there is a relationship between sleep timing and mood, but a question we often hear from clinicians is: How much earlier do we need to shift people to see a benefit?” said Celine Vetter, assistant professor of integrative physiology at CU Boulder. “We found that even one-hour earlier sleep timing is associated with significantly lower risk of depression.”

The discovery is especially important as the increase in remote-working schedules has led many to sleep in later, which could have important implications for their mental health.

It’s also important because sleep shifting is a cheap and readily accessible option for treatment.

Americans face many barriers to mental health care. First and foremost, it’s expensive. An hour-long therapy session costs between $65 and $250 per session without insurance. Government policies affecting the insurance market have led to many therapists not accepting insurance at all. Furthermore, a more severe mental health diagnosis can be even more costly. Patients with severe depression who receive medical care spend nearly $11,000 a year on average, according to the nonprofit One Mind at Work.

The expense, coupled with a shortage in providers as well as medical “deserts” throughout large parts of the United States, lead many to forgo treatment altogether. According to the National Council on Behavioral Health, 56 percent of patients want to access a mental health provider but face barriers.

Those barriers were increased during the pandemic as facilities were shut down and non-COVID-19 patients were denied care. The numbers have already begun emerging that show that lockdowns have led to greater drug use, youth suicides, and increases in depression and anxiety.

When one is struggling with depression, it’s especially hard to overcome external barriers to care. Making a phone call can feel like climbing a mountain, and if you’re rejected, it can be all but impossible to summon the energy to keep looking and asking for help. But this new research shows that individuals have the ability to take charge of their own circumstances by making small, daily changes that can help them fight their disease.

Alice Walker, author of the Pulitzer Prize-winning novel “The Color Purple,” famously said, “People give up their power by thinking they don’t have any.” People often forget that they have power within themselves to confront their problems and in turn, seek protection from other external, earthly things—namely the government or their leaders. But this cycle produces dependency, not empowerment, which is not the life we as individuals were intended for.

In the 1850 book “The Law,” by Frédéric Bastiat, he says, “Life, faculties, production—in other words, individuality, liberty, property—this is man. And in spite of the cunning of artful political leaders, these three gifts from God precede all human legislation, and are superior to it.”

This same principle can be applied more broadly to those without mental health issues too. Yes, there may be circumstances that are unjust or unpleasant, yes we may have barriers placed on our paths that are outside our control (especially by the government). But we can control how we face (and hopefully overcome) those circumstances.

We can’t turn back the clocks on all that has happened over the past year and a half, but if we turn the alarm clock one hour back, we just might be a step closer to regaining control of our health.

Hannah Cox is the content manager and brand ambassador for the Foundation for Economic Education, which first published this article.