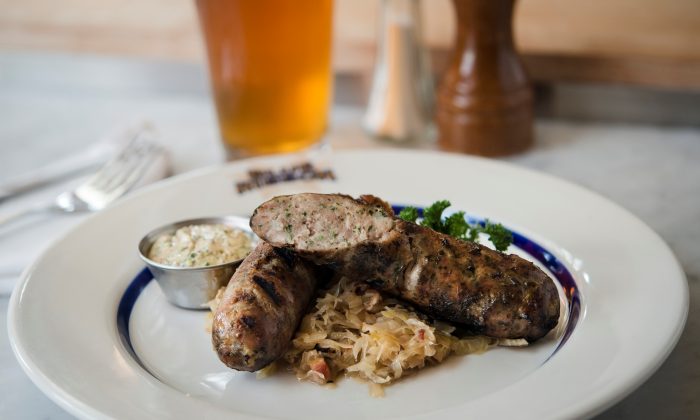 Oktoberfest: Where to Go

New Yorkers are spoiled for choices to celebrate Oktoberfest. Below are some highlights.

Belgian Beer Café NoMad. Belgium has no reason to envy its neighbors as far as beer, but it will whip up a Bavarian-inspired dish: Boudin Blanc & Boudin Noir steamed in Brunehaut Bio Amber, to be served with hard cider mustard and roasted apple stoemp (to recall a Belgian tradition where daily leftovers are mixed into mashed potatoes). Belgian Beer Café NoMad has 10 types of beer on tap and more than 40 bottled types of Belgian beer. (220 Fifth Ave.)

Bar ’21’ at ’21’ Club will offer a series of Oktoberfest drafts, lunch, and bar bite items such as a Pastrami Pretzel ‘BLT,’ a pork schnitzel with lemon-thyme fingerling potatoes, and Bratwurst in a Blanket. (21 W. 52nd St.)