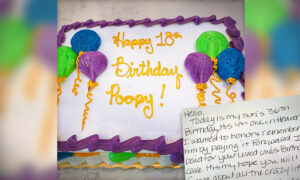 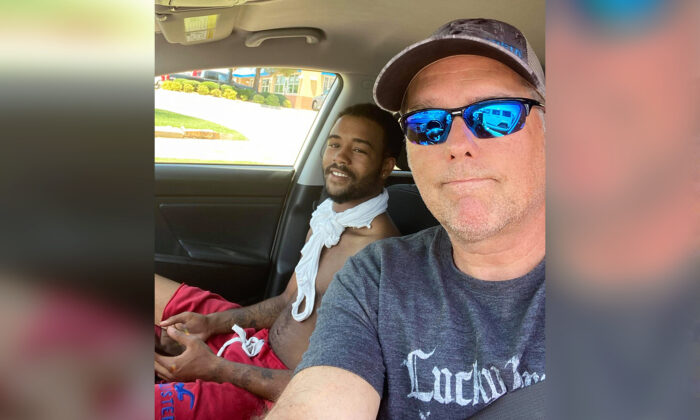 Oklahoma Man Walks 17 Miles a Day for Work; ﻿Stranger Offers a Ride and Turns His Life Around

An Oklahoma man walking 17 miles for work each day to make his family proud has had his life turned around when a kind stranger stopped to offer him a ride.

Donte Franklin, 20, lost his mother to hepatitis C when he was just 16 years old and life just got hard for him after that as he was raised by his siblings. However, instead of losing hope, he garnered all the strength to push through, and he credits his mom for it.

“I had to be positive,” he told WKRC. “I had to grind to make a better me, to make my momma happy.”

Despite his almost-three-hour commute each way to the Buffalo Wild Wings eatery on the other side of Moore, where he works as a cook, he has never missed a shift or even been late.

However, Franklin’s life took a dramatic turn on June 15; as he was heading to work under the heat of the sun, a good Samaritan, Michael Lynn, pulled over and offered him a ride upon seeing his determination.

“I ran an errand down on 134th & Western and as I came back around to go to my facility … I see him again and he’s nearly to 27th and Janeway,” Lynn later posted on Facebook.

The pair chatted in the car and Franklin shared more about himself before Lynn dropped him off at work.

“Before I left, I asked him do you have any money to eat, he said no sir … So I give him 20 bucks and went on my way,” Lynn continued. “I’m thinking this young man is truly on a mission to survive!”

Lynn’s post tugged at the heartstrings of many kindhearted neitzens. Within the next few days, the Facebook post had been shared upward of 1,300 times, and a GoFundMe campaign to buy Franklin a car had raised thousands of dollars.

The fund closed on a grand total of $53,510 for the hardworking Oklahoma cook.

“I can really help my family with this,” Franklin told KOKH. “It’s just a really good blessing.”

Additionally, Kerri Collins, the administrator for biker charity groups My Riding Buddies Oklahoma and Bikers for Elves, founded by her husband, told KOCO 5 that she jumped in after reading Lynn’s post. Franklin’s dedication touched her heart, because “kids his age don’t do that.”

Since Franklin still needs to earn his driver’s license, the local bicycle club has since gifted him a brand-new bike to tide him over.

For Lynn, it was all about paying it forward.

“If it can make just one person go help someone else, that’s all that matters,” he said, claiming he loves his new friend like his own.

Lynn and Franklin intend to stay in touch. Lynn told The Epoch Times that they were planning to attend church together. Franklin—who is studying to become a welder—is working and “has a lot on his plate, which is a good thing,” said Lynn.

Share your stories with us at emg.inspired@epochtimes.com, and get your daily dose of inspiration by signing up for the Epoch Inspired Newsletter at TheEpochTimes.com/newsletter