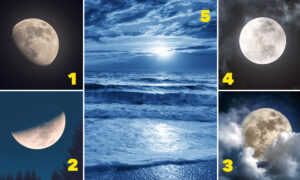 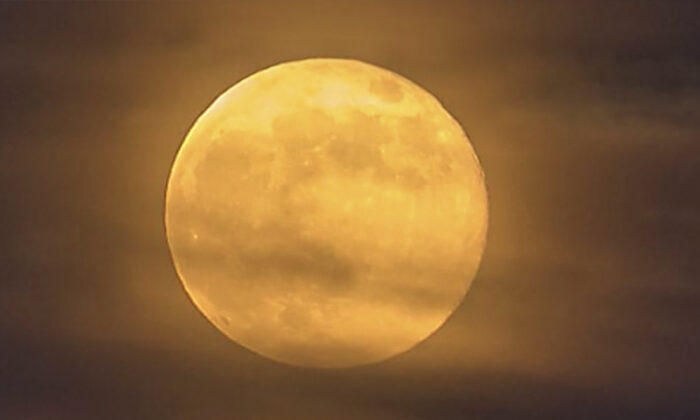 October's first full moon is the Harvest Moon on October 1, and the second full moon will occur on October 31. That's right: a full moon on Halloween. (Courtesy of NASA)
Life & Tradition

October 2020 Will Feature 2 Full Moons, Including a Rare ‘Blue Moon’ on Halloween Night

So far, the year 2020 has been unusual to say the least. That 2020 will welcome 13 full moons in total makes it even stranger.

And October is the lucky month that lays claim to two of these lunar events—the second full moon in a month is called a “blue moon.”

In another spooky cosmic coincidence, this blue moon will cast its ethereal glow into the night sky on Halloween.

But this full moon will not actually appear blue as the name suggests.

Blue moons are rare, occurring approximately once every 2.5 to 3 years, according to the Farmer’s Almanac, hence the well-known phrase “once in a blue moon.”

The full moon on Oct. 1 was what is called a “Harvest Moon,” a name given to the one closest to the fall equinox, the official transition of summer into fall.

It was so named by European ancestors, because farmers sometimes needed to toil late into the night by the Moon’s light during the harvest season. In China and Vietnam, and some other Asian countries, the full Harvest Moon corresponds with the traditional Mid-Autumn Festival—or Moon Festival.

This year’s Harvest Moon made its appearance for three days, according to NASA, and was visible in the sky opposite the Sun from our vantage point on Earth.

Usually, Harvest Moons occur in September, making this October an exception to the rule.

This year’s blue moon is known as a “Hunter’s Moon,” which denotes the one following the Harvest Moon, according to the Farmer’s Almanac. It was under this moon’s light that hunters traditionally caught their prey in preparation for winter.

A full moon happening on Halloween like this one is rare, occurring roughly once every 19 years.

It will rise at 10:49 a.m. EST, which will also allow it to become the first full moon to fall on Halloween across all timezones since 1944.

It will be best viewed in the hours of darkness, of course, but will illuminate the night’s sky brightly and be easily visible without the need for binoculars.

The year 2020 has pulled a few unexpected tricks on the people of the world so far. But whether or not trick-or-treaters stay indoors due to restrictions or venture out in search of sweets, the lunar show in the sky will still offer a spooky spectacle for all.