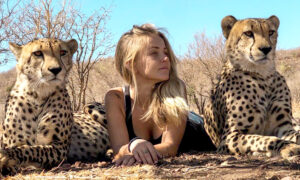 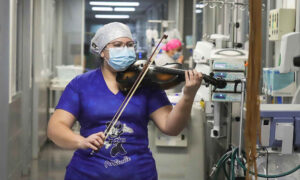 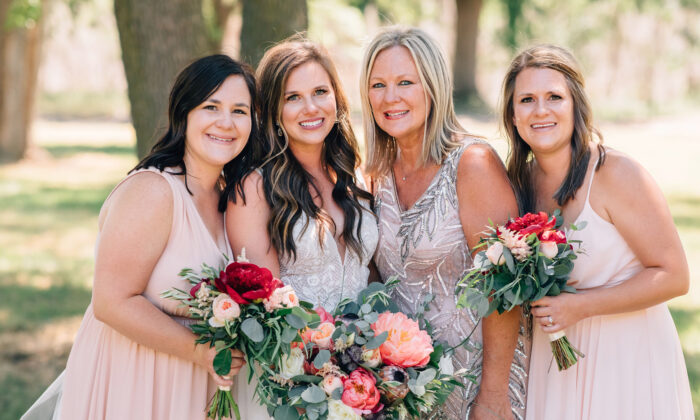 An ER nurse with a career spanning more than 35 years was on the way to her daughter’s wedding when she made an impromptu stop after witnessing a two-vehicle crash. Clad in a beautiful floor-length gown, she set to work, and after saving a life, she arrived at the wedding venue just in time to walk her daughter down the aisle.

Jodi Damrow, a veteran trauma nurse at Phelps Memorial Health Center in Holdrege, Nebraska, told the Omaha World-Herald that it “didn’t seem like anything special” to make the stop. Although she was late to the June 27 ceremony, she knew she had to administer the emergency medical care that meant the difference between life and death for one victim of the crash.

Bride-to-be Hailey Krull was unflustered by the news. When her mother and sister, Sadie Johnson, eventually arrived at the Harlan County Lake with their explanation for being tardy, it all just made sense to Hailey.

“It’s just so my mom,” she reflected. “She just always does stuff like this. A few years ago, she rescued a drowning victim. People pass out at church and she rescues them.”

Jodi and Sadie, who happened to be the first people to stop at the scene of the accident, called for paramedics and a transport helicopter. The two-car collision had occurred roughly a mile away from Jodi’s home near the Nebraska-Kansas border, according to CBS 7.

Jodi cleared the airway of one of the victims, saving her life, and oversaw her vitals until backup arrived. Meanwhile, Sadie, a physician’s assistant, sprang into action to help the others in the other vehicle.

While Jodi and Sadie were missing for the family picture-taking session, they made it to the wedding with their gowns and smiles intact and minutes to spare before the special wedding ceremony began.

The loving mother of three then took the honor to walk her daughter down the aisle, as Hailey’s father, Marty, died of cancer in 2011.

“We threw together a last-minute reception at the lake,” Hailey, who married Mitchell Krull, explained to the Omaha World-Herald. The outdoor wedding took place on family-owned pastureland, and arrangements underwent multiple revisions amid the pandemic.

“I hadn’t slept in weeks and don’t think my mom did either,” Hailey admitted.

Hailey and Mitchell relocated their honeymoon from Hawaii to Yellowstone National Park, and the blushing bride claimed that her wedding celebration turned out to be “the perfect night,” despite the many unforeseen circumstances.

For Jodi, giving her daughter away was a big emotional wrench. “I’ve done a lot of traumas over the years. It was nerve-wracking to let her go,” she said. “She’s my last one to get married.”

While leaving the family home to make lives of their own, Jodi’s three daughters have emulated their mother in their choices of career. Hailey is a physical therapist, Sadie is a physician’s assistant, and their sister Riley is a registered nurse.

Four days after her beautiful wedding, newlywed Hailey shared her version of the day’s extraordinary apex with the public Facebook group “Nebraska through the lens.”

“My mom was on her way to my wedding when she witnessed a terrible accident,” Hayley explained. “Being an ER nurse of 35+ years, she sprang into action and helped save a life.”

Another driver pulled over to help in the wake of the crash, Hayley continued, and described her mother as “absolutely impressive.” Jodi was directing the officers, first responders, and everybody who stopped to lend a hand.

“People were talking about the lady wearing gloves and a pretty dress who was saving lives,” Hayley wrote. “Mom said she was just really careful not to get blood on her dress as she knew she had to walk me down the aisle later. So proud to be her daughter.”