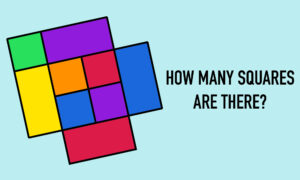 Can You Count All the Squares? This Visual Shapes Puzzle Has Netizens Scratching Their Heads
0 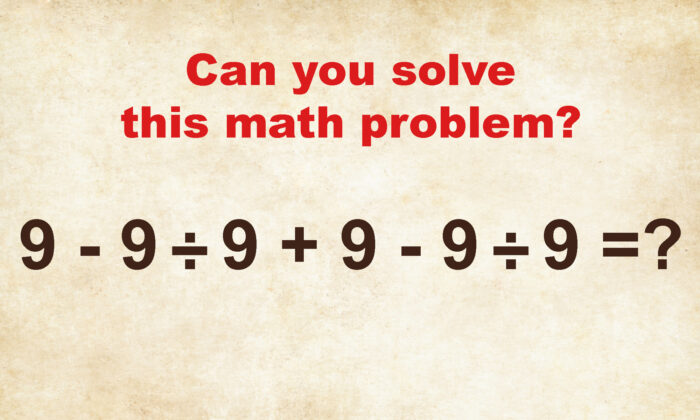 Not Everyone Can Solve This ‘Simple’ Math Problem From the 1950s Without a Calculator–Can You?

A divisive math problem has gone viral because netizens simply cannot agree on the correct answer. The equation hails from the 1950s and is baffling many people for a fascinating reason: it appears that over the years, the “rules” for how to solve it have changed.

The math problem is this:

Can you work it out? Give it a try, and once you think you have the right answer, scroll down to see what all the controversy is about and what the correct answer is.

Many people have proceeded to tackle the equation in a seemingly logical order, from left to right, and have come up with the final answer of 0.

The correct answer according to numerous others, however, is not 0 but 16.

If netizens’ comments are anything to go by, then mathematical methodology may have been taught differently in the 1950s. In order that everyone might achieve the same answer when tackling this equation, therefore, it is imperative that everyone uses the same rules. To this end, we the math community has employed a standardized set of rules known as the “order of operations.”

The order of operations determines which part of a mathematical equation, with its various components, needs to be solved first. An easy-to-remember acronym, “PEMDAS” (or sometimes “BEDMAS”) is often used to help people remember the order in which to solve problems, and this is what it stands for:

So, using PEDMAS, let’s tackle the equation in hand once again. To begin with, there are no parentheses, but we will use them in order to help illustrate the order in which we solve this problem. There are also no exponents, so we find that the first part to solve is division, which we should solve from left to right, as follows:

Then we move on to solve addition and subtraction from left to right as follows:

Is this the same answer that you arrived at? If so, congratulations! Not everyone is able to solve it.

Anyone tackling these math puzzles using mental arithmetic or an “old-school” calculator may end up with a completely different result. In a mathematically ideal world, of course, everyone would be using the order of operations and homogeneity of results would be guaranteed.

Many netizens left comments on Facebook after this puzzle went viral online. “It is 16,” wrote one person, “you insert brackets around the divisions. It’s quite easy I suppose but most people won’t have [done] this sort of sum since school, which could be a long time.”

“Well I did it wrong the first time,” another admitted. “I forgot you do the multiplication and division first. Thanks for the reminder, I guess I just don’t get to use that knowledge much on a daily basis.”

“We (of a certain age) were not taught BODMAS / BIDMAS / PEMDAS / UDAS / order of operations,” one Facebook user contributed, “we were taught left to right, that is all, giving 0 as [the] answer.”

“I am 62 years old and taught for 38 years,” another replied, adding a new perspective to the conversation. “Order of operations has been around all of that time.”

“You might have been taught different initials to remember what to do,” they continued. “However, the answer will always be 16. No matter what. You can’t have two different answers to [a] math problem.”

According to Plus Magazine, the complicated workings that underlie these seemingly simple equations is what makes them so enduringly interesting and satisfying to solve. In “real life,” the math whizzes advocate, we should all be using parentheses to avoid ambiguity.

Until we achieve this consensus, however, cognitive conundrums such as these continue to go viral, entertaining netizens around the world.